EU is poop. And now they try to push this reform which is designed by them (you know who) and the good old chaps and chappetes with the say and vote buttons don't really understand what it means.. I think.. But if they do but they don't they'll do what they will do and that is to vote yay instead of nay. Which is bad. Bad. 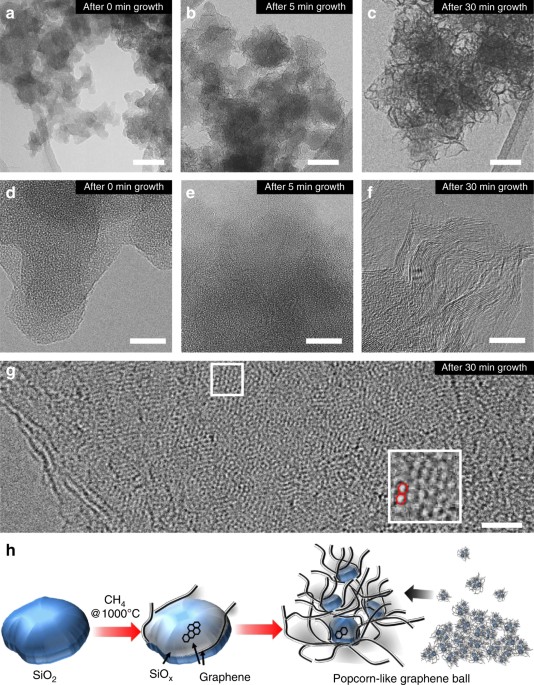 The article from nature is as always a mouthful. By using graphene Samsung has achieved at least half a battery revolution. #science #mobile #battery

It's also past my nap time so I may be some what influenced by that, but I can't stop laughing at this guy. Thought I'd share. Perhaps it will brighten up someone else as well. 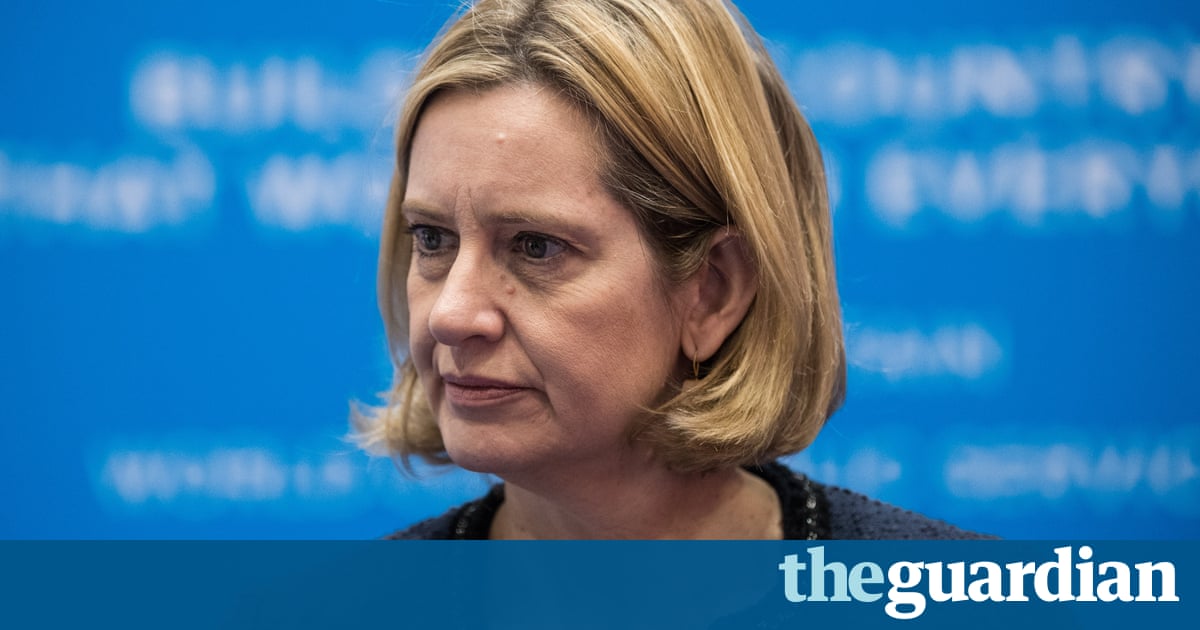 Either way, 1984 and/or V for Vendetta covered this years ago.. It is called dystopian future. Oh, and it is all made for our saftey.. Ring any bells? Anyone?

This is great. Should be put in production at once. I could probably power my whole apartment complex. I am a very happy guy <:´|

If you’re reading this page it means that you are accessing a ‘darknet’ web page. Darknets used to refer to places where illicit drugs and pornography were traded, these days it refers to lonely servers without any inbound links languishing away in dusty server rooms that people have all but forgotten about. Refusing to submit to either one of two remaining overlords these servers sit traffic less and mostly idle (load average: 0.00) except for when the daily automated back-up time rolls around. Waiting for a renaissance heralded by the arrival of a packet on port 80 or 443 of the WWW as it once was known, a place where websites freely linked to each other. Following a link felt a bit like biting into a chocolate bon-bon, you never quite knew whether you were going to like it or be disgusted by it but it would never cease to surprise you.

In 1990, when the web was first started up, there was exactly one website, http://info.cern.ch . There was nothing to link to, and nobody linking in, the page was extremely simple without fancy graphics or eye candy, just pure information. Much like this lonely server here today. In January 1991, so pretty soon after, this was followed by the first webservers outside of CERN being switched on, making it possible for the first time to traverse the ‘web’ from one institution to another.

It was about as glamorous as you’d expect any non-event to be, but the consequences would be enormous. To reference another darknet site, the long since defunct w3 standards body, whose website which is miraculously still available In March of 1993 web traffic accounted for 0.1% of all traffic, by September it was 1%, with a grand total of 623 websites available at the end of the year. Anybody with a feeling for numbers seeing these knows what’s coming next, by the end of 1994 there were 10,000 websites and a year later the number was 25000. We skip a few years to 2014 when there were a bit under a billion websites live.

So, here we are in March 2050 and as of yesterday, when Amazon gave up the fight for the open web and decided to join Google there are only two websites left. What went wrong?

Two companies deserve extra attention when it comes to murdering the web: Google and Facebook, as you all know the last two giants standing after an epic battle that lasted for decades for control of the most important resource all of us consume daily: information. Whether you’re a Googler or a Facebookie, we can all agree even if our corporate sponsor might not that it seems as if there is less choice these days. If you’re under 30 you won’t remember a time before Google or Facebook were dominant. But you will remember some of the giants of old: Microsoft, The New York Times, The Washington Post, CNN and so on, the list is endless. If you’re over 50 you might just remember the birth of Google, with their famous motto ‘Don’t be Evil’. But as we all know the road to hell is paved with good intentions, and not much later (in 2004) Facebook came along with their promise to ‘connect the world’. Never mind that it was already well connected by that time, but it sure sounded good.

Goofy kid billionaires and benevolent corporations, we were in very good hands.

But somewhere between 2010 and 2020 the tone started to change. The two giants collided with each other more and more frequently and forcefully for control of the web, and in a way the endgame could already be seen as early as 2017. Instead of merely pointing to information Facebook and Google (and many others, but they are now corpses on the battlefield) sought to make their giant audiences available with them as the front door only. Many tricks, some clean and some dirty were deployed in order to force users to consume their content via one of the portals with the original websites being reduced to the role of mere information providers.

This was quite interesting in and of itself because we’d already been there before. In the 80’s and 90’s there was a system called Viditel in Europe (and called ‘minitel’ in France) which worked quite well. The main architecture was based around Telecommunications providers (much like Google and Facebook are today, after their acquisition war of the ‘roaring 20’s’ left them in the posession of all of the worlds Telcos and by running into the ground the ones that wouldn’t budge through ‘free’ competition subsidized from other revenue streams). These telco’s would enter into contracts with information providers which in turn would give the telco’s a cut of the fee on every page. In a way today’s situation is exactly identical with one twist, the information providers provide the information for free in the hope of getting a cut of the advertising money Google or Facebook make from repackaging and in some cases reselling the content. The funny thing - to me, but it is bittersweet - is that when we finally had an open standard and everybody could be a publisher on the WWW we were so happy, it was as if we had managed to break free from a stranglehold, no longer wondering whether or not the telco would shut down our pages for writing something disagreeable, no more disputes about income due without risking being terminated (and after being terminated by both Google and Facebook, where will you go today, a darknet site?).

Alas, it all appears to have been for nought. In the ‘quiet 30’s’ the real consolidation happened, trench wars were being fought with users being given a hard choice: Join Google and your Facebook presence will be terminated and vice versa. The gloves were definitly off, it was ‘us’ versus ‘them’. Political parties clued in to this and made their bets, roughly half ended up in Google’s bin and the other half with Facebook. Zuckerberg running for president as a Republican candidate in the United States more or less forced the Democratic party to align with Google setting the stage for a further division of the web. Some proud independents tried to maintain their own presence on the web but soon faded into irrelevance. Famillies split up over the ‘Facebook or Google’ question, independent newspapers (at first joining the AMP bandwagon not realising this was the trojan horse that led to their eventual demise) ceased to exist. The Washington Post ending up with Team Google probably was predictable and may have been a big factor in Facebook going after Amazon with a passion. One by one what used to be independent webservers converted into information providers to fewer and fewer silos or risked becoming completely irrelevant. Regulators were powerless to do anything about it because each and every change was incremental, ostensibly for the greater good and after all: totally made out of free will.

The ‘silent 40’s’ were different. No longer was there any doubt about how this would all end, if the battle for the WWW had been in full swing a decade earlier this was the mopping up stage, the fight for scraps with one last big prize left. An aging Richard Stallman throwing his towel into the ring and switching off stallman.org rather than declaring allegiance to either giant was a really sad day. Amazon fought to the bitter end, trying to stay in the undivided middle ground between Google and Facebook. But dwindling turnover and Facebook’s launch of a direct competitor (‘PrimeFace’) forced their hand yesterday. And now with Google sending free Googler t-shirts to all of the former members of team-Amazon it comes to a close.

Well, maybe. There is still this website and info.cern.ch is also still up. So maybe we can reboot the web in some form after all, two sites can make a network, even if they don’t have users. Or are there? Is anybody still reading this?

These guys are just too funny and cozy. I'd love to sit down and have a few beers with them.