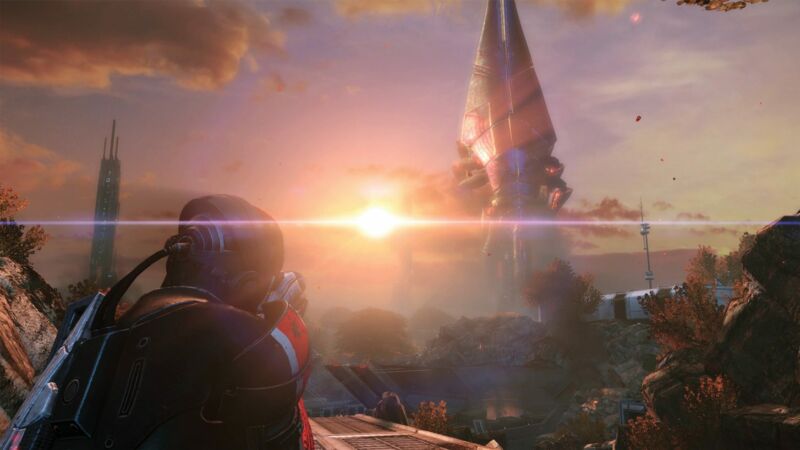 Enlarge / Getting up close and personal with Reapers in 4K. (credit: EA)

The long-awaited Mass Effect Legendary Edition bundle will be available for Xbox and PlayStation consoles and PC on May 14, publisher EA said today.

BioWare, the developers of the fan-favorite Mass Effect trilogy, confirmed in November that a 4K remaster was on the way sometime this spring. The Legendary Edition includes all three Mass Effect games as well as all their single-player DLC content. PC players will be able to purchase and play the Legendary Edition on both Origin and Steam. Console players can pick it up for the PlayStation 4 and Xbox One, with forward compatibility to the PlayStation 5 and Xbox Series X/S.

In addition to 4K support and HDR compatibility, the Legendary Edition includes remastered character models and improved textures, EA said, as well as improvements to shaders, VFX, lighting, shadows, depth-of-field, and other visual elements. Pre-rendered cinematic scenes have also been upgraded, and controller support has been added to the PC edition.