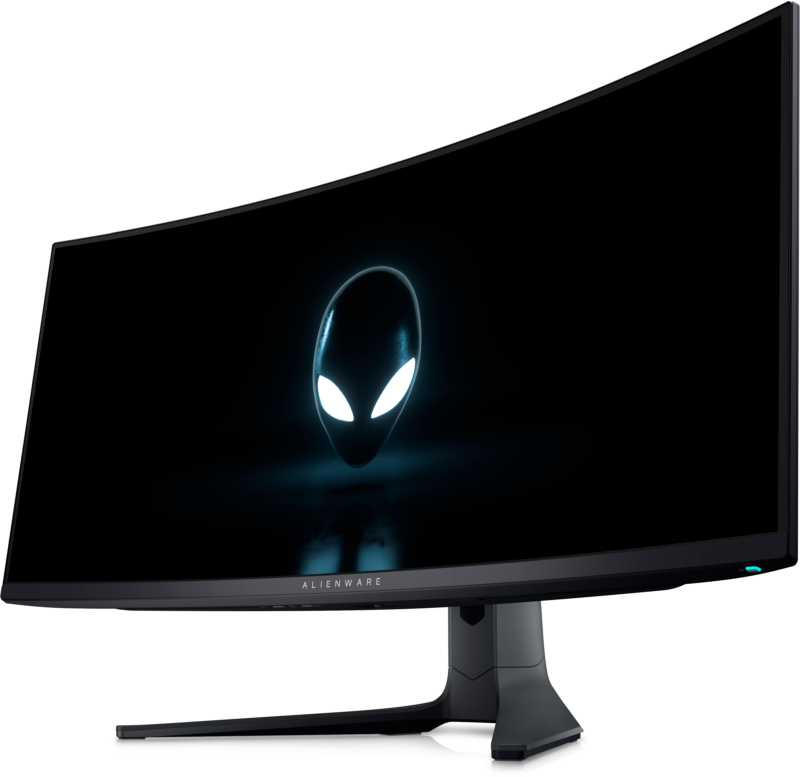 Alienware announced today a new QD-OLED monitor SKU that looks awfully similar to the Alienware AW3423DW released for $1,300 this spring. The AW3423DWF has many of the same specs but skips Nvidia G-Sync certification and hardware in favor of AMD's and VESA's open standards for fighting screen tears, while costing $200 less than its predecessor.

Like the AW3423DW, the AW3423DWF uses QD-OLED technology from Samsung. This is a form of OLED that uses a blue self-emitting layer as its light source, which goes through a layer of quantum dots. The primary goal is better color coverage, including more consistent colors across brightness levels, combined with the deep blacks and incredible contrast for which OLED displays are known.