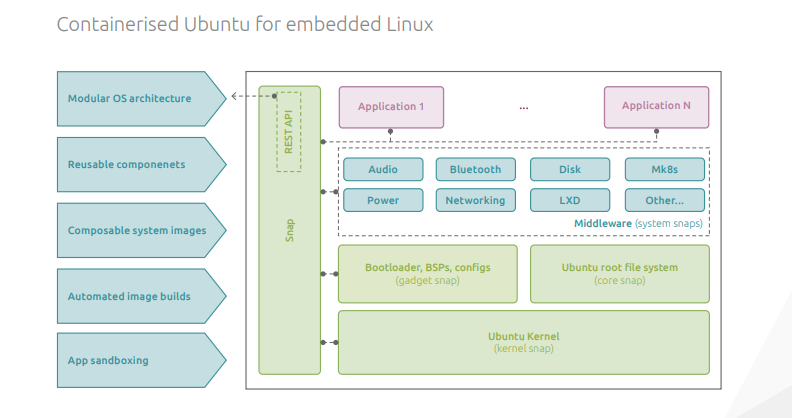 Enlarge / You might draw a fairly similar schematic diagram to give someone a simplified idea of how a traditional Linux distribution is put together—but it wouldn't be as close to literal accuracy as this Ubuntu Core diagram is. (credit: Canonical )

Ubuntu Core also gets a full 10 years of support from Canonical, rather than the five years traditional Ubuntu LTS releases get. But it's a bit more difficult to get started with, since you need an Ubuntu SSO account to even log into a new Ubuntu Core installation in the first place.