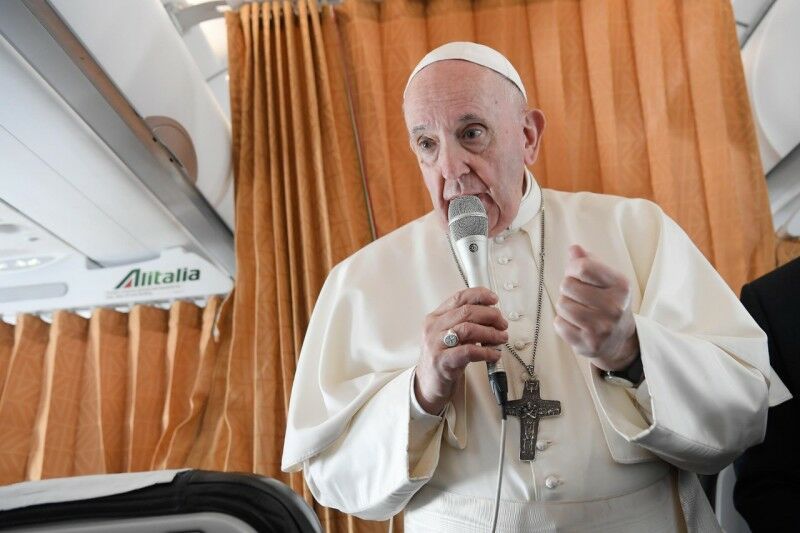 Enlarge / Pope Francis speaking to journalists as he returned to the Vatican on September 15, 2021. (credit: Vatican)

Pope Francis, well-known for his freewheeling conversations with journalists aboard the papal plane, yesterday called out COVID-19 vaccine resistance within church ranks as he flew home from Hungary and Slovakia. And he went straight to the top.

"Even in the College of Cardinals, there are a few 'deniers' ['negazionisti'] and one of them, poor man, is hospitalized with the virus," Francis told journalists on the flight, according to a translation of his Italian remarks .