A fresh new release of Manjaro Linux is out now bringing with it tons of enhancements. Manjaro 21.2.0 Qonos comes in multiple editions with KDE Plasma, GNOME and Xfce desktops available.

This is a Linux distribution based-on Arch Linux, and it's one that Valve actually recommends to developers for testing to get ahead of the game for the upcoming Steam Deck handheld (as long as you go for the Plasma edition, since it matches SteamOS 3's desktop mode).

Featuring Kernel 5.15 LTS as the standard, with 5.4 LTS and 5.10 LTS offered for those who need them for whatever reason, like perhaps some older hardware. There's "major" improvements to their installer named Calamares, with automatic partitioning and enhanced support for the btrfs filesystem.

Each edition got major upgrades for the various desktops like GNOME 41.2, which Manjaro now has a layout that more closely follows upstream defaults with a few minor adjustments. Firefox here also now has a different theme to better fit with GNOME. The Plasma edition got bumped up to Plasma 5.23, KDE Frameworks 5.88 and Applications 21.12. The default Plasma theme went through some polishing to fit closer to upstream's Breeze too. On top of that the Xfce edition is now with Xfce 4.16 that has plenty of window manager improvements for those of you who like the more classic desktop look. 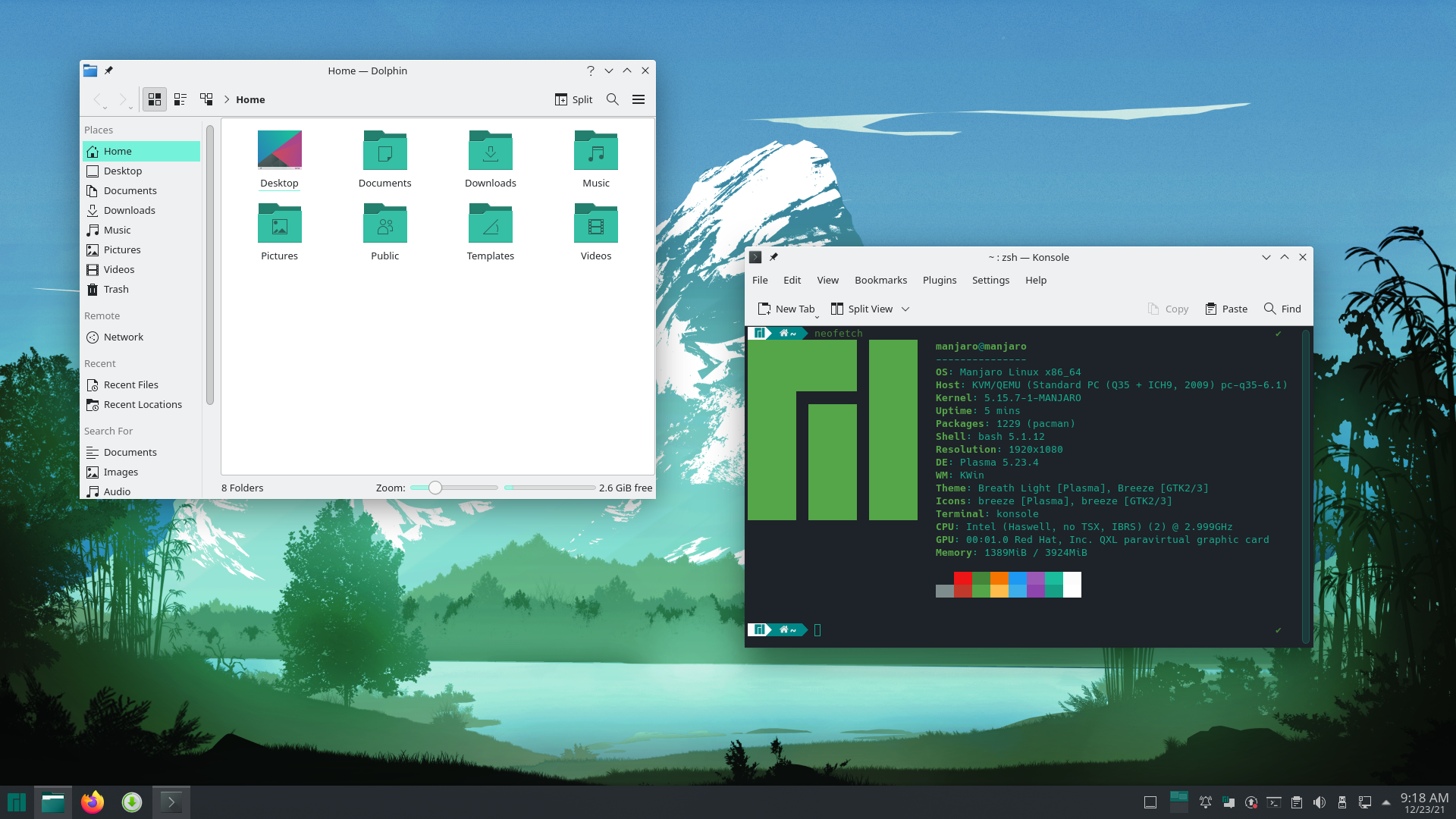 Manjaro is a rolling-release, meaning it just keeps updating when available. These "releases" are, essentially, just a refresh of the main installer downloads.