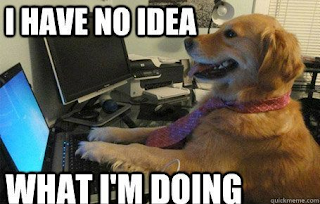 I don't really have prior experience with color management, Cairo internals or the like. I did not even look at the existing patchsets for this. They are fairly old so they might have bitrotted and debugging that is not particularly fun. This is more of a "the fun is in the doing" kind of thing. What follows is just a description of things tried, I don't know if any of it would be feasible for real world use.

Basically this is an experiment. Sometimes experiments fail. That is totally fine.

There are two things that I personally care about: creating fully color managed PDFs (in grayscale and CMYK) and making the image backend support images in colorspaces other than sRGB (or, more specifically, "uncalibrated RGB which most of the time is sRGB but sometimes isn't"). The first of these two is simpler as you don't need to actually do any graphics manipulations, just specify and serialize the color data out to the PDF file. Rendering it is the PDF viewer's job. So that's what we are going to focus on.

Colors in Cairo are specified with the following struct:

As you can probably tell it is tied very tightly to the fact that internally everything works with (uncalibrated) RGB, the latter four elements are used for premultiplied alpha computations. It also has a depressingly amusing comment above it:

Fortunately this struct is never exposed to the end users. If it were it could never be changed without breaking backwards compatibility. Somehow we need to change this so that it supports other color models. This struct is used a lot throughout the code base so changing it has the potential to break many things. The minimally invasive change I could come up with was the following:

The definition of rbg color is the original color struct. With this change every usage of this struct inside the code base becomes a compile error which is is exactly what we want. At every point the code is changed so that it first asserts that colorspace is RGB and then accesses the rgb part of the union. In theory this change should be a no-op and unless someone has done memcpy / memset magic, it is also a no-op in practice. After some debugging (surprisingly little, in fact) this change seemed to work just fine.

Ideally you'd want to use LittleCMS but making it a hard dependency seems a bit suspicious. There are also use cases where people would like to use other color management engines and even select between them at run time. So a callback functions it is:

This only converts a single color element. A better version would probably need to take a count so it could do batch operations. I had to put this in the surface struct, since they are standalone objects that can be manipulated without a drawing context.

Generating a CMYK PDF stream is actually fairly simple for solid colors. There are only two color setting operators, one for stroking and one for nonstroking color (there may be others in e.g. gradient batch definitions, I did not do an exhaustive search). That code needs to be changed to convert the color to match the format of the output PDF and then serialize it out.

With these changes creating simple CMYK PDF files becomes fairly straightforward. All you need to do as the end user is to specify color management details on surface creation:

and then enjoy the CMYK goodness: