Although the list focuses primarily on Android, any worthwhile password manager has to be fully cross-platform. There is no excuse today for using the same password more than once across sites, nor for choosing strong unique passwords for each.

Interesting to see an option too for 'travel mode' that removes sensitive data from your device when you cross borders. Many now also offer 2FA along with the password, making 2FA more seamless.

It's worth remembering too that it is incredibly easy usually to migrate from one password manager to another, by simply exporting and importing your password list.

Monitorix is an open-source, free, and most powerful lightweight tool designed to monitor system and network resources in Linux. It regularly collects system and network data and displays the information in graphs using its own web interface (which listens on the port 8080/TCP).

It contains generally two programs: a collector, called monitorix, which is a Perl daemon that is started automatically like any other system service, and a CGI script called monitorix.cgi. It is written in Perl language and licensed under the terms of GNU (General Public License) as published by the FSP (Free Software Foundation). It uses RRDtool to generate graphs and display them using the web interface.

Of course, the test is with the eating of the pudding, and how many resources it will chew itself. Glances appears to have fewer features and no nice graphs, yet can chew a good 10% of CPU resources at times. Monitorix certainly also focusses on Linux servers as well with the Apache, Fail2ban, MySQL, etc stats. 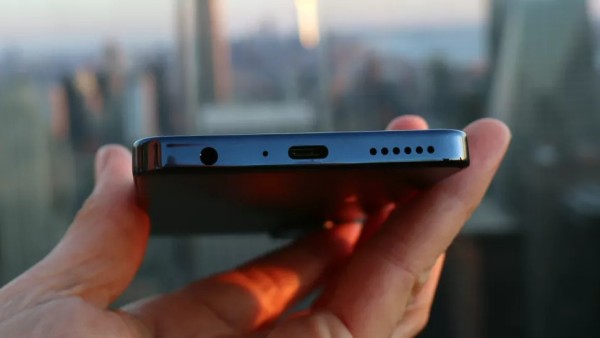 Tecno's Camon Series 19 Pro Android 12 phones have some pretty good specifications, OK not super high-end at all, but certainly good enough for most users, at half the price on an entry level iPhone.

See the review at https://www.techradar.com/news/this-dollar280-phone-is-a-lesson-in-affordability-i-hope-apple-and-samsung-are-paying-attention

Driving a BMW iX xDrive 50, the pair left BMW Cape Town City at 19:00 on 28 June 2022 and reached BMW Joburg City at 15:18 the next day (29 June). This means the team took 20 hours and 18 minutes to travel the 1,400 km distance, including time spent charging the car. This trip last week was actually in the middle of quite a crisis for the power utility Eskom, which was forced to implement Stage 4 (4,000 MW) and Stage 6 (6,000 MW) of load-shedding due to several factors, including industrial action by staff over disagreements on wage increase

On the availability of EVs to South African motorists, Visagie says there is a dire need for the efficient energy use these vehicles bring. “The energy cost per kilometre of the fully electric MINI Cooper SE can be as low as Rand 35 cents per kilometre; even less. These days, a fuel-efficient petrol or diesel car burns R1.30 to R2.00 per kilometre. Sadly, EVs are either expensive, in short supply, or both,” he says.

Radio Mobile Online is a radio wave propagation prediction tool created and maintained by Roger Coudé, VE2DBE, which is dedicated for use by the ham radio community. As indicated on the Radio Mobile Online website, it uses digital terrain information and a mathematical model to simulate radio transmissions between two fixed sites, or between a fixed site and a mobile. The digital terrain information comprises three databases: ground elevation, land cover, and population density, which combined total 200 GB of information.

Nothing in radio is definite, so you can go with some default values for line loss, etc. But what was on real interest to me was the terrain effect, taking into account the height above ground of the two antennas, and the elevation of the land around the transmitter.

The coverage map I got for Cape Town does quite accurately reflect the dead spots I've experienced, and also why, even after I have cranked up my transmission power to 50 Watts, I still can't hit those areas. VHF is not really about the power, but often the line of site available, with what lies between.

So far, researchers from Lumen Technologies' Black Lotus Labs say they've identified at least 80 targets infected by the stealthy malware, infecting routers made by Cisco, Netgear, Asus, and DayTek. Dubbed ZuoRAT, the remote access Trojan is part of a broader hacking campaign that has existed since at least the fourth quarter of 2020 and continues to operate.

Its ability to enumerate all devices connected to an infected router and collect the DNS lookups and network traffic they send and receive and remain undetected is the hallmark of a highly sophisticated threat actor.

Like most router malware, ZuoRAT can't survive a reboot. Simply restarting an infected device will remove the initial ZuoRAT exploit, consisting of files stored in a temporary directory. To fully recover, however, infected devices should be factory reset. Unfortunately, in the event connected devices have been infected with the other malware, they can't be disinfected so easily.

So now you know what to do with all those Lego sets you've been building over the years (for some it is just months, as I hear Lego is an alternative to therapy for many).

This 9-minute video though, must have taken ages to do. I see that JD Brick Productions have quite a few more such videos of other battles on their channel as well, including a pirate sea battle. 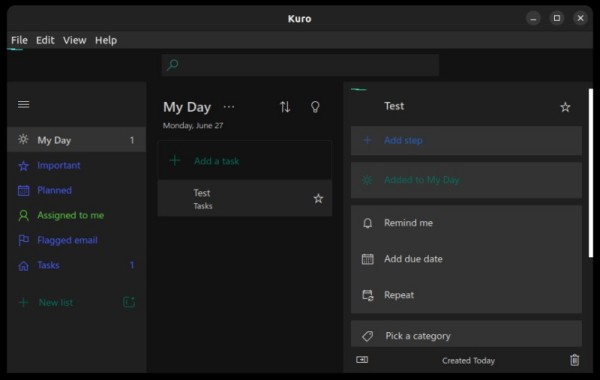 Microsoft To-Do is a cloud-based task management application that lets you organize your tasks from your phone, desktop, and the web. It is available to download for Windows, Mac, and Android.

So, if you would rather not use the web browser but a separate application, what can you do on Linux?

Kuro to the rescue. It picks up from Ao, which is no longer being maintained.