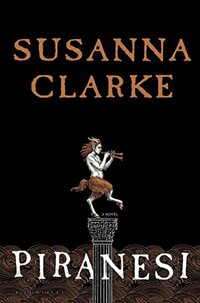 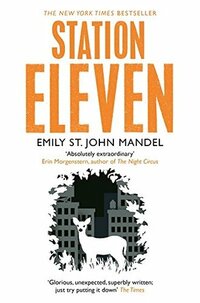 I managed to read 31 "books" in 2020. I'm happy with that. I thought the Pandemic would prevent me reaching my goal (30), since I did most of my reading on the commute to the Newcastle office, pre-pandemic. Somehow I've managed to compensate.

I started setting a goal for books read per year in 2012 when I started to use goodreads . Doing so started to influence the type of reading I do (which is the reason I stopped my Interzone subscription in 2014, although I resumed it again sometime afterwards). Once I realised that I've been a bit more careful to ensure setting a goal was a worthwhile thing to do and not just another source of stress in my life.

Two books I read were published in 2020. The first was Robert Galbraith's (a.k.a. J K Rowling's) Troubled Blood , the fifth (and largest) in the series of crime novels featuring Cormoran Strike (and the equally important Robin Ellacott). Nowadays Rowling is a controversial figure, but I'm not writing about that today, or the book itself, in much detail: briefly, it exceeded expectations, and my wife and I really enjoyed it.

The other was Susanna Clarke's Piranesi : an utterly fantastic modern-fantasy story, quite short, completely different to her successful debut novel Jonathan Strange & Mr Norrell . I really loved this book, partly because it appeals to my love of fantasy geography, but also because it is very well put together, with a strong sense of the value of people's lives.

A couple of the other books I read were quite Pandemic-appropriate. I tore through Josh Malerman's Bird Box , a fast-paced post-apocalyptic style horror/suspense story. The appeal was mostly in the construction and delivery: the story itself was strong enough to support the book at the length that it is, but I don't really feel it could have lasted much longer, and so I've no idea how the new sequel ( Malorie ) will work.

The other was Station Eleven by Emily St. John Mandel. This was a story about a group of travelling musicians in a post-apocalyptic (post-pandemic) North America. A cast of characters all revolve around their relationship (or six degrees of separation) to an actor who died just prior to the Pandemic. The world-building in this book was really strong, and I felt sufficiently invested in the characters that I would love to read more about them in another book. However, I think that (although I'm largely just guessing here), in common with Bird Box , the setting was there to support the novel and the ideas that the author wanted to get across, and so I (sadly) doubt she will return to it.

Finally I read a lot of short fiction. I'll write more about that in a separate blog post.