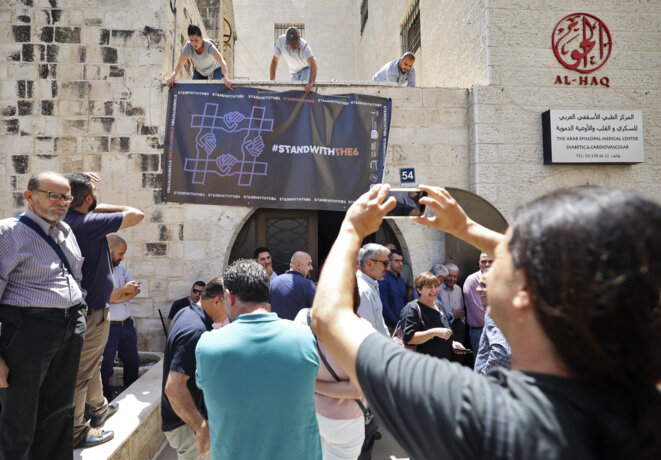 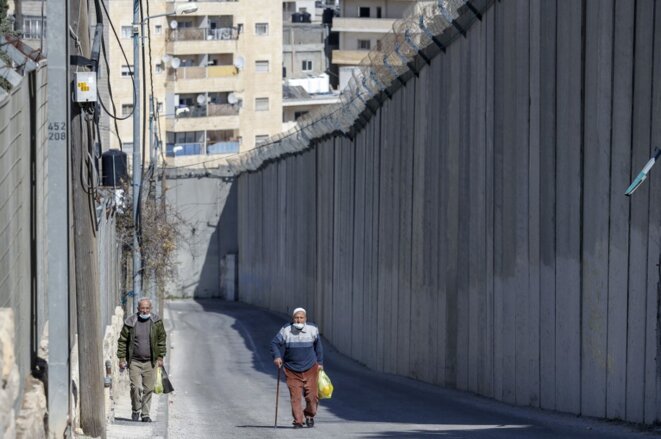 The family of slain journalist Shireen Abu Akleh has asked to meet President Joe Biden during his upcoming visit to Jerusalem, accusing the White House of an “abject response” to the apparent killing of a U.S. citizen by Israeli forces.

“Dear Mr. President,” the family’s letter , sent to Biden on Friday morning, began, “We, the family of Shireen Abu Akleh, write to express our grief, outrage and sense of betrayal concerning your administration’s abject response to the extrajudicial killing of our sister and aunt by Israeli forces on May 11, 2022, while on assignment in the occupied Palestinian city of Jenin in the West Bank.”

The letter, which was provided to The Intercept by the family, reminded the American president that Abu Akleh was not just “a prominent, beloved Palestinian journalist” and “a role model and a mentor” to women in her community. “She was also a United States citizen.”

The family, including Abu Akleh’s brother Anton and his children, demanded that Biden make time during his visit to the Middle East next week to meet with them, “and hear directly from us about our concerns and demands for justice.”

The U.S. “has been skulking toward the erasure of any wrongdoing by Israeli forces.”

They also described their anger and disappointment at a lack of support from the Biden administration, and suggested that instead of using its leverage over Israel to demand a credible investigation of the fatal shot that witnesses said was fired from an Israeli military convoy, “the United States has been skulking toward the erasure of any wrongdoing by Israeli forces.”

“In the days and weeks since an Israeli soldier killed Shireen, not only have we not been adequately consulted, informed, and supported by U.S. government officials, but your administration’s actions exhibit an apparent intent to undermine our efforts toward justice and accountability for Shireen’s death,” the renowned Al Jazeera correspondent’s relatives wrote.

The family provided links to a half-dozen painstaking examinations of the video and audio evidence of the killing — conducted by the Washington Post , CNN , The Associated Press , the New York Times , Bellingcat , and the United Nations Human Rights Office — which all concluded that the fatal shot had likely been fired from the Israeli Defense Forces, or IDF, raiding party.

“All available evidence suggests that Shireen, a U.S. citizen, was the subject of an extrajudicial killing,” the Abu Akleh family told Biden, “yet your administration has thoroughly failed to meet the bare minimum expectation held by a grieving family — to ensure a prompt, thorough, credible, impartial, independent, effective and transparent investigation that leads to true justice and accountability for Shireen’s killing.”

The family urged Biden to direct the Department of Justice to use the Human Rights and Special Prosecutions Bureau and the FBI to investigate the killing of Abu Akleh.

The letter was sent days after the State Department released an oddly vague statement , on the Fourth of July holiday, reporting that “an extremely detailed forensic analysis” of the bullet that killed the journalist, carried out in Israel by unnamed “independent, third-party examiners,” overseen by the regional U.S. security coordinator, Lt. Gen. Michael Fenzel, was unable to determine if the shot had been fired from an Israeli rifle.

According to the State Department, the American general’s review of other information gathered by Israeli and Palestinian officials led him to the conclusion “that gunfire from IDF positions was likely responsible for the death of Shireen Abu Akleh.” Fenzel, however, “found no reason to believe that this was intentional but rather the result of tragic circumstances,” the statement added.

As the Abu Aklehs noted in their letter to Biden, the U.S. has offered no explanation of how the American general determined that no Israeli soldier intended to fire at the journalist, who was wearing a blue vest marked “PRESS,” but the statement seemed to exactly echo a claim the Israeli military has made repeatedly. “The IDF investigation conclusively determined that no IDF soldier deliberately fired at Ms. Abu Akleh,” Israel’s military said in a statement released the same day.

The U.S. has offered no explanation of how the American general determined that no Israeli soldier intended to fire at the journalist.

The journalist’s family also pointed out that just one day after State Department spokesperson Ned Price “announced that Shireen’s killing was likely unintentional,” he admitted, during questioning by reporters, that the U.S. security coordinator’s review of the evidence was “not a law enforcement investigation” and his conclusion about intent was simply “a judgment.”

“Nonetheless,” the family wrote to Biden, “your administration deemed it necessary to include and perpetuate the baseless and damaging conclusion that the killing was not intentional, seemingly choosing political expedience over actual accountability for a foreign government’s killing of a U.S. citizen.”

The Abu Aklehs went on to demand that the State Department retract the July 4 press statement and turn over to them any forensic report prepared by the ballistic experts, and reveal their identities. Price, the State Department spokesperson, told reporters that the forensic experts were not Americans but came from one of the seven other NATO countries that help train Palestinian Authority security forces.

While Price declined to say what country the experts came from, Israel’s military insisted in its own statement that “Israeli experts examined the bullet” in the presence of representatives of the U.S. security coordinator. The Israelis added that their ballistic examination was looking for evidence that the bullet had been fired from a specific weapon which was examined in the lab. That statement appears to indicate that Israel has identified the soldier from the Duvdevan commando unit who fired in Abu Akleh’s direction from the convoy during the raid.

The family also reminded Biden that 57 members of Congress and 24 senators had signed letters asking for the U.S. to be directly involved in investigating the killing of Abu Akleh, given that Palestinians and Israelis do not trust each other to conduct a credible and independent investigation.

“We reaffirm these demands on behalf of our beloved Shireen as your administration’s actions to date have not only fallen woefully short of ‘full accountability’ but they amount to express acceptance for Shireen’s killing,” the family wrote. “Your administration’s actions can only be seen as an attempt to erase the extrajudicial killing of Shireen and further entrench the systemic impunity enjoyed by Israeli forces and officials for unlawfully killing Palestinians.”

The post In Letter to Biden, Shireen Abu Akleh’s Family Demands a Meeting and an End to Israeli Impunity appeared first on The Intercept . 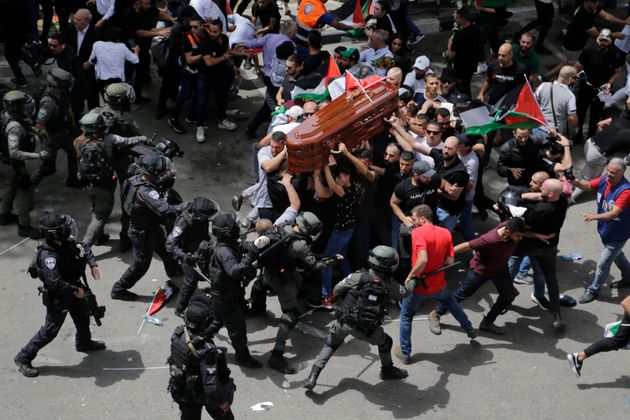 Closer of the beating of the pallbearers of Shireen Abu Akleh’s coffin. 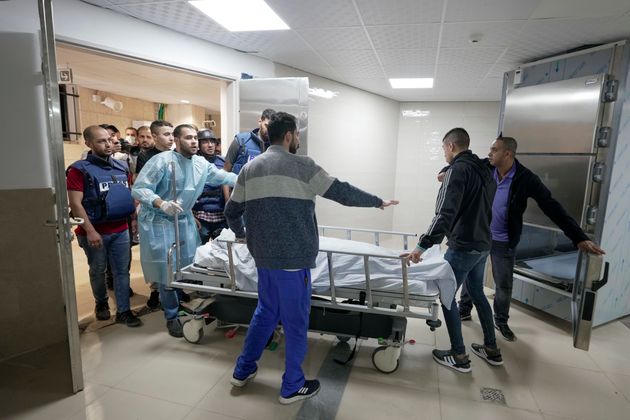 “Israeli occupation forces assassinated our beloved journalist Shireen Abu Akleh while covering their brutality in Jenin this morning. Shireen was [the] most prominent Palestinian journalist and a close friend.” - Husam Zomlot, Palestinian ambassador to UK https://t.co/gTC9Y6tATW 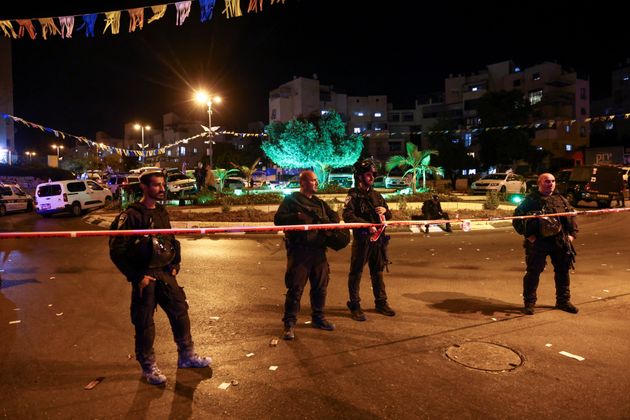 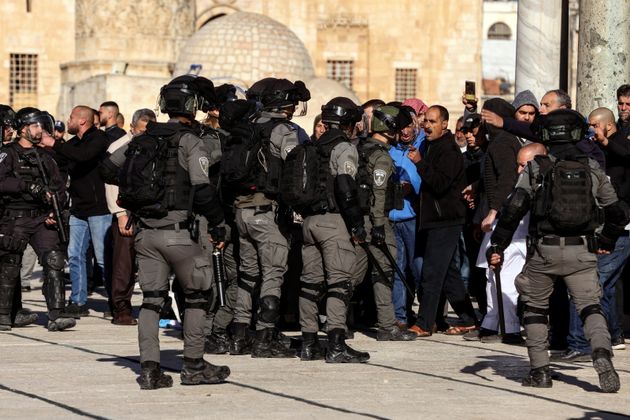 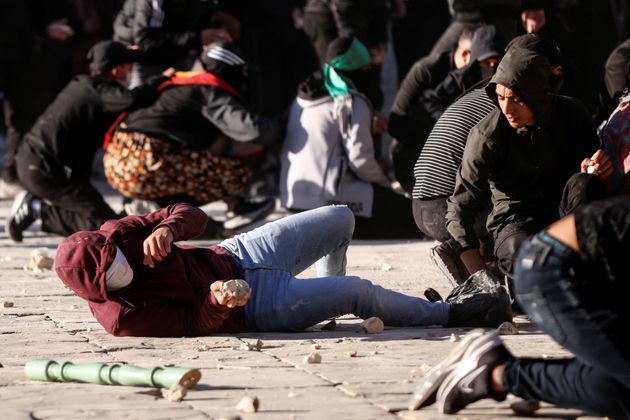