A few days ago I discovered that the #Eloquent database library (the one that Movim is using for a few years now) had some events that could be caught by an event listener.

With this simple mechanism #Movim could be aware of when exactly a #SQL request is done during the execution time.

The Movim #architecture is based on several processes that talk to each others, and each connected session (each user connected to a specific XMPP account) is having its own sub-process. The main issue with this architecture is that all those processes relies on a common database (PostgreSQL or MySQL) and each process open an unique connection to the database. See How's Movim made? Part I - The Architecture to know more about this architecture.

When you start to have a lot of users connected on the same instance, this is opening lots of connections to the database. This is creating a congestion and can slow down the general performances.

This simple commit ask Eloquent to close the connection after a few seconds of inactivity. Eloquent is reconnecting automatically if a new SQL request is made after the disconnection. This allows to free-up the socket resources once "we don't really need it anymore".

And here is the result once this commit deployed on nl.movim.eu 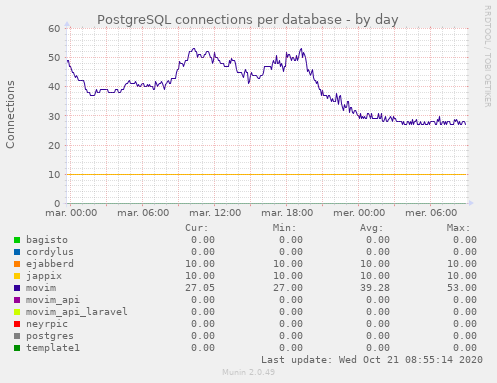 PostgreSQL really has no right to be cool. PostgreSQL development began during the Reagan administration — in 1986! Although shepherded by “exceptional early leadership,” according to open source luminary Mike Olson , the project was later superseded in popularity by its Eurovision-esque cousin, MySQL, which launched in 1995.

Yet over the past decade PostgreSQL has become hip with startups and enterprises alike, surging in popularity to become the world’s fourth-most-popular database , steadily gaining on MySQL, Microsoft SQL Server, and Oracle.

To read this article in full, please click here 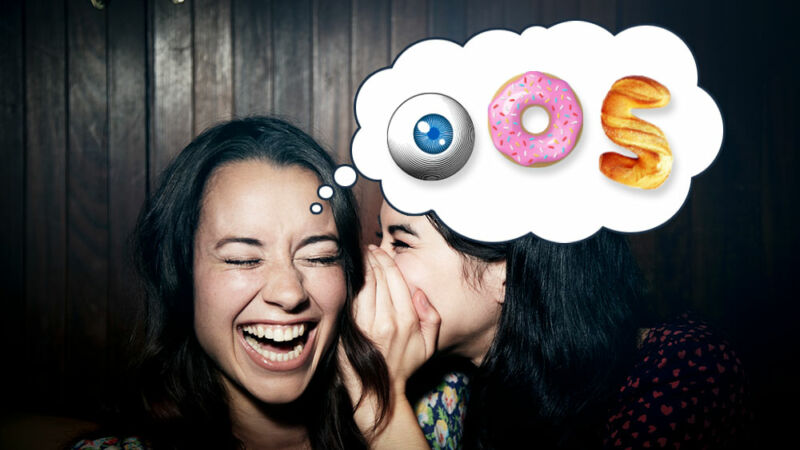 A lot of people pronounce common tech terms wrong, from iOS to SQL to Qi. It's understandable: Some of the proper or official pronunciations of these terms are counterintuitive at best. Still, we think it's time to clear the air on a few of them.

It's something of a trope on tech sites to run vocabulary lists with definitions for common terms, and that makes sense. Reviewers addressing general audiences will often have to define their terms, as not everyone is as thoroughly immersed as they are.

But it's less common to see effort put into clarifying pronunciation, as differences on this front go well beyond the classic, written-about-to-death, hard-versus-soft-G GIF debate. To that end, we're going to go over a few commonly disputed pronunciations and ask Ars readers to share your insights, as well as any additional examples you think are worth discussing.