With a price increase to come mid-March, the amusing action-roguelite Son of a Witch from Bigosaur has a huge content expansion out now with the Demon Hunter update.

If you've never played it before it's often compared to the likes of Castle Crashers, The Binding of Isaac and other similar titles that have you battle through smaller arenas with plenty of random generation. An action roguelite with colourful and inviting graphics that sees you fight through tons of different enemies and bosses. This fresh update is the biggest to the game so far adding in the likes of a new hero, level, enemies, bosses, weapons, items, pets, quests and challenges, potions, magic scrolls, achievements and so on.

Check out the new trailer below: 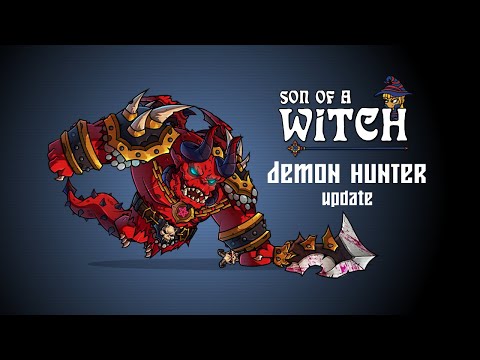 Some of what it includes:

Son of a Witch is actually a really lovely game to battle through, one that's often overlooked which is a shame. There's a lot to enjoy about it and it's really approachable. The Linux version seems to continue running perfectly fine too and now is a great time to get back into it. Lots of hacking and slashing to be done, while you explore randomly generated rooms.

You can buy Son of a Witch on Steam .

Ready for the next chapter of Lea's story? CrossCode: A New Home is the brand new expansion for CrossCode the retro-inspired 2D Action RPG set in the distant future.

A pretty surprising game overall that combines a 16-bit SNES-inspired style with lots of modern features. Smooth physics, fast-paced combat, plenty of puzzles to solve and a pretty wild sci-fi story that you can now continue on from the end of the main game in CrossCode: A New Home. To enjoy it, you need to have finished the original game as this does take place right after and you need specifically the "good ending" apparently. 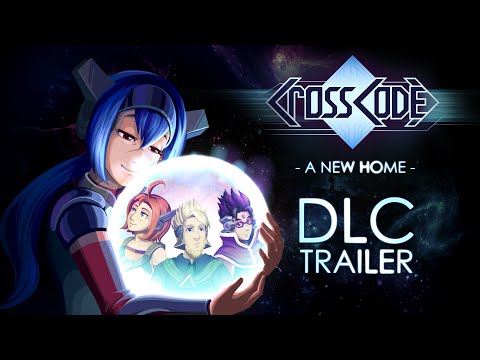 The developer mentioned that the expansion is compatible with normal saves and New Game+ saves, however NG+ will affect difficulty and they suggest playing it through on a normal save first to get the most out of it. It's also their first big release in a long time, so it may have some lingering issues they didn't catch.

What's actually included, according to the developer:

You can buy CrossCode: A New Home on GOG and Steam .

Team Cherry have given their excellent action-platformer metroidvania Hollow Knight a bit of an upgrade, which you can test out on Steam in a fresh Beta test.

Not played it before? You're missing out. Hollow Knight is a classically styled 2D action adventure across a vast interconnected world. Explore twisting caverns, ancient cities and deadly wastes; battle tainted creatures and befriend bizarre bugs; and solve ancient mysteries at the kingdom's heart. 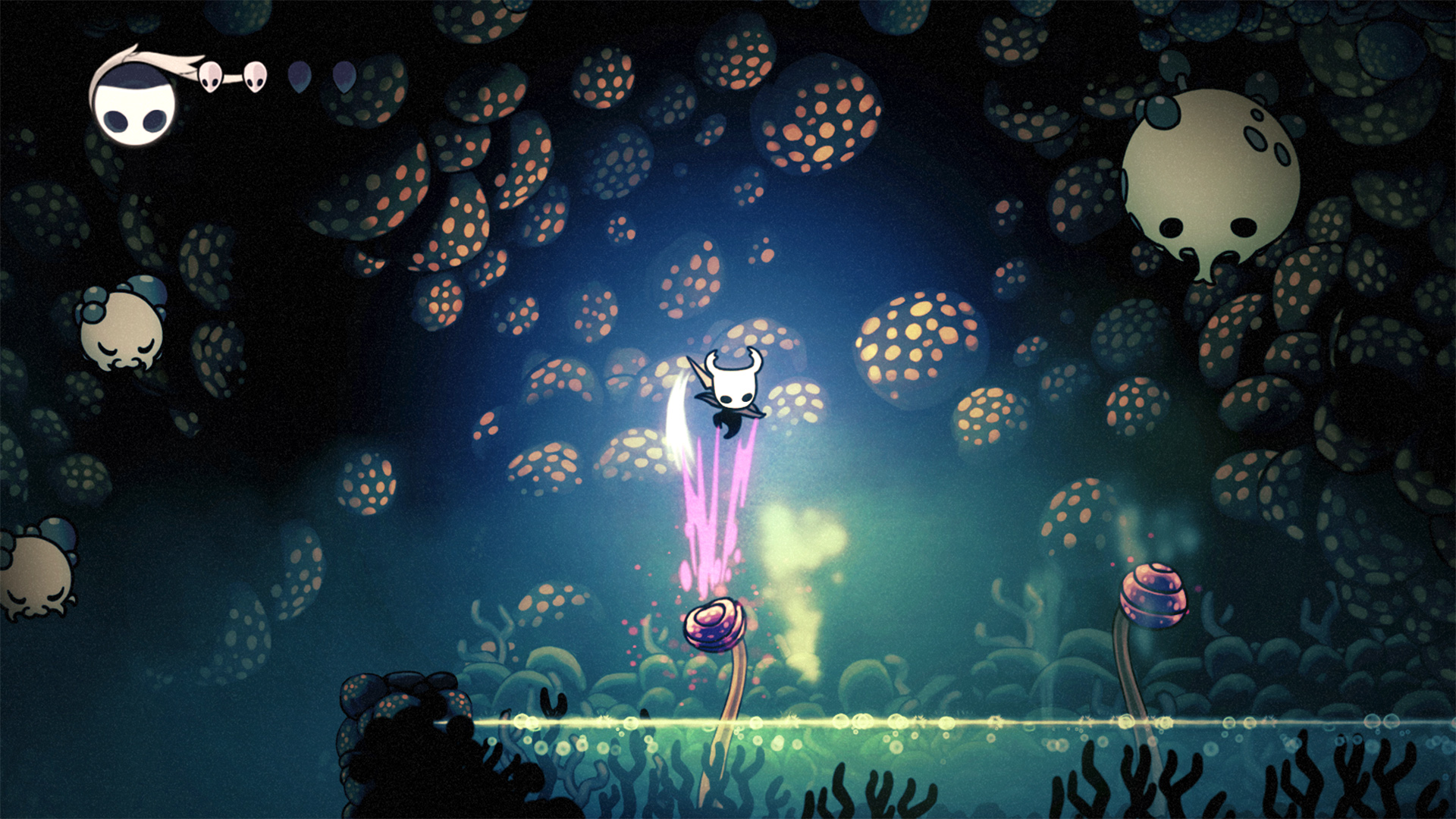 Originally released in 2017 it's had quite a few free content updates, with this brand new Beta test mainly for an upgrade of the Unity game engine they use from 2017.4.10f1 to 2020.2.2f1 which is an absolutely huge jump and upgrade to do. For the Linux version, they're also switching from OpenGL to Vulkan. Not just that though, here's what else they added and fixed up:

To access the Beta, you can right click on the game in your Steam library and find the Betas tab on the left. In the dropdown box it's the only one there: 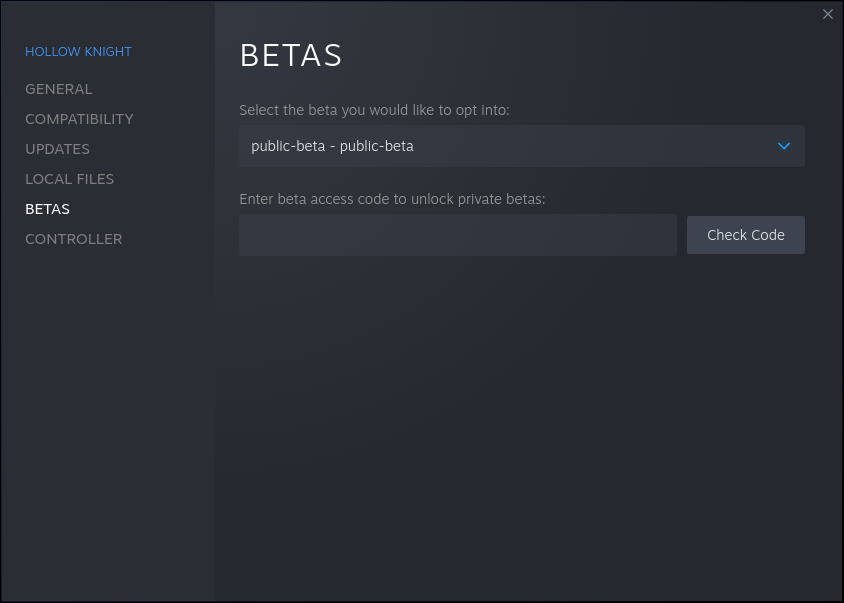 So why are they doing this for a multiple year old game? Well, they're currently developing Hollow Knight: Silksong , which will no doubt be using the same base game engine. Making sure it's all in good shape for the next game is probably why they're doing this.

You can buy Hollow Knight from Humble Store , GOG and Steam .

With the retro-themed first-person shooter genre alive and well we have another entry upcoming with KUR, in development by Really Ragdoll with publisher The Quantum Astrophysicists Guild.

It sounds like it's going to be pretty amusing, with "The Boot" as one of the primary features that sees you kicking explosive barrels and enemies across the screen and there's going to be plenty of weird weapons and wild encounters along the way. KUR also sounds a bit grotesque, with you facing off against flesh-wearing robots while trying to "cling to your sanity as you bail out ‘The Corporation’" who hired you to stop their "demented AI". In KUR you're no hero, just someone after a paycheck.

You can check out the latest gameplay overview with the developer below: 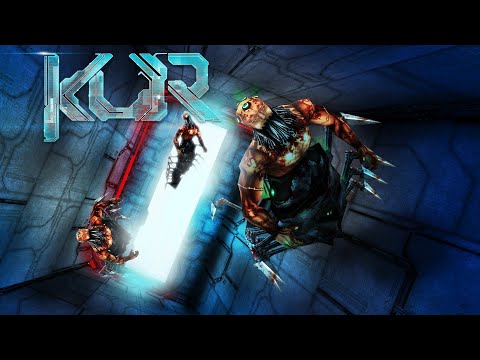 Linux support is confirmed (we spoke to the publisher) and it's planned to launch sometime later this year.

Recoil Games appear to have filed for bankruptcy a while ago and sadly a casualty of that is their game Rochard, which has now been removed for sale.

Rochard was an award-winning side-scroller puzzle-platformer, originally released in 2011. It was also part of the early indie game push for Linux, thanks to it being part of the Humble Indie Bundle 6 back in 2012 it was ported to Linux especially for the bundle. Not only that, it was also one of the first commercial Unity games (possibly the actual first) to be built for Linux too, so it holds something of a special place in our history.

Sadly, you can no longer buy it officially.

In a short announcement post on Steam, the developer said this:

Recoil Games has applied for bankruptcy quite a while ago. We've been trying hard to find a new home for the game. Unfortunately there were no offers that would have enabled the bankruptcy estate to close the deal. The bankruptcy estate will soon be closed and the publishing agreement with Steam will be terminated.

This means Rochard can no longer be purchased on Steam. However, the game will remain available in your Steam libraries as is.

Blasphemous has another free expansion out now with Blasphemous: Strife & Ruin, pulling in Miriam from Bloodstained: Ritual of the Night along with more free content.

Tasked with helping Miriam return to her world, you go through a series of platforming challenges and collect shards to repair a portal for Miriam to go home. Filled full of traps it's a challenge mode to improve your precision platform abilities and you get a special reward if you manage to finish it.

Another major addition is the Boss Rush Mode, which you need to complete the main story to access. This mode features courses containing a selection of bosses that you take on using any save file and each has a score attached to it with medals awarded. 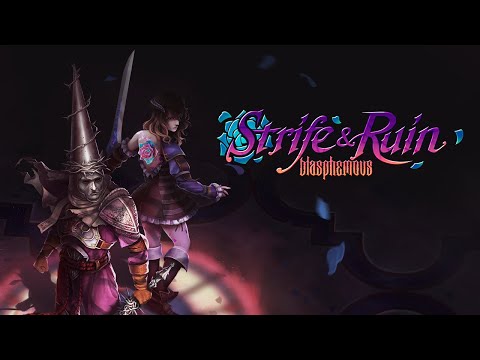 You might also spot an arcade cabinet hidden in a secret location, that allows you to play through a special "Demake area" that pays homage to classic 8-bit platformers. This special mode has the mechanics tweaked too which they say was done to match the classic styling. On top of that, there's also some new built-in retro rendering modes to emulate old CRT screens for those that want to go hard on nostalgia.

Here's an example of the new filtering system with one of them next to the original: 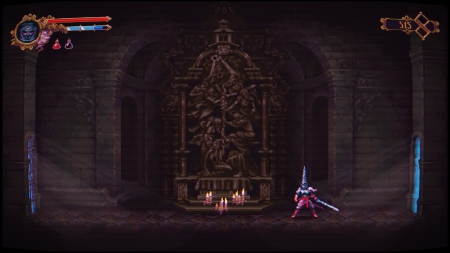 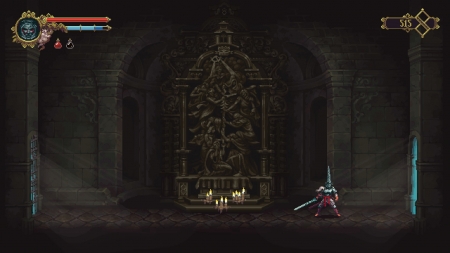 You can buy Blasphemous from Humble Store and Steam for a key, sadly the Linux build is still not available on GOG .

CrossCode, the retro-inspired 2D Action RPG set in the distant future is set to get an expansion with CrossCode: A New Home confirmed to be releasing on February 26.

"A New Home continues right after the Events of CrossCode and offers more of what you learned to love already: A story rich experience filled up with tons of enemies, bosses and puzzles. Follow Lea on her journey figuring out the truth, use your elements like never before and don't forget to finish the raid. This time for real."

What's actually in it:

Since release in 2018, Radical Fish Games have add plenty of free extra content but they've teased a big DLC for years too and to see it announced with such a close release date is great. Really popular game too with players, as it has a "Very Positive" user rating on Steam from over eight thousand people.

The DLC will be release on GOG and Steam .

A game we've never covered here before and were completely unaware of it until the full release, which is a shame because it deserves a bit more attention. Featuring a non-linear story-mode along with local and online co-op options, there's a lot to like about it with the fast-paced action.

The story? The Rogue Star. A massive Rogue Star has formed from the cosmos and is on a direct collision path with us! It threatens to vaporize everything. Leaders from planets around the galaxy have assembled a top team of fighters to stop the Rogue Star at all costs. Choose your own non-linear path through the galaxy and explore each of the 10+ planets carefully. 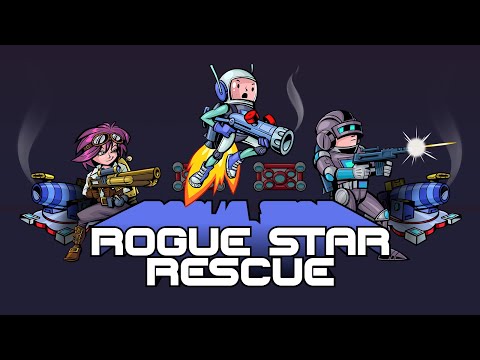 It really is a curious blend that works somewhat like Orcs Must Die in 2D with a little more exploration. You pick between different planets to try and save, making a few decision along the way that will affect the outcome. During each mission you explore, take down enemies, find resources and traps and then eventually it turns into a wave-based tower defence game where you need to deal with lots of enemies coming through and a mini-boss. You need to manage your inventory, upgrade traps as you progress and pick between different playable characters to get you through.

There's also some persistent progress too with a level up system. You can put attribute points into health, speed, traps and more. Since it's a twin-stick shooter at the core, there's also a decent variety in the weapons you will be using with their own strengths and weaknesses.

Absolutely loads to love about it and it really hits that satisfying over the top action feeling.

You can buy it on Humble Store , itch.io and Steam .