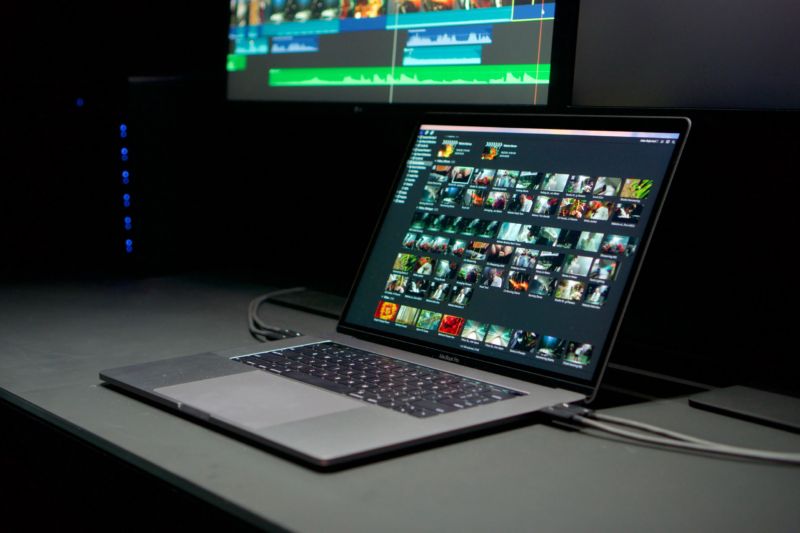 New MacBook Pro models with Apple's custom-designed silicon and Mini LED displays are coming this fall, according to a new report from Taiwanese news publication DigiTimes.

Last summer, Apple announced that it would transition the entirety of the Mac product lineup from Intel's CPUs to Apple's own, custom-designed silicon within a two-year timeframe. The first Macs to make the move were the MacBook Air and the low-end configurations of the Mac mini and 13-inch MacBook Pro. Earlier this year, Apple introduced a 24-inch iMac as well. All of these Macs had the M1, the first Apple Silicon SoC for Macs. (The M1 was also used in the most recent refresh of the iPad Pro.)

But all those Macs have something in common: they're on the low end, with limitations like fewer ports than the more expensive systems the company makes. All the higher-end Macs still have Intel chips. Given that WWDC 2021 (which took place in early June) marked one year since Apple first announced the transition, a lot of people expected some of those high-end Macs to move to Apple Silicon at that event—us included. But it didn't happen. Some supply chain sources seemed to indicate that Mini LED display production was a key bottleneck.

Apple kicks off its annual developer conference, WWDC , with a keynote presentation on Monday. As was the case last year, WWDC will be an online-only affair, but don't let that fool you: We think this is going to be an eventful keynote. Expect multiple interesting announcements for users living in or following Apple's ecosystem of hardware, software, and services.

The focus of WWDC is almost always on Apple's software, and rightly so. This is an event primarily meant to engage with developers and encourage them to create new software experiences for Apple's various platforms.

For that reason, we should, of course, expect detailed information about the new versions of iOS, iPadOS, macOS, watchOS, and tvOS. After the Apple M1 chip’s success, we’re now expecting the next-generation Apple M2 or M1X powered MacBook Pro and MacBook Air. We’re surely getting an upgrade in 2021, and there are some sweet features rumored to be exclusive to the Apple M2 MacBook Pro.

The M2/M1X MacBook Pro release date will be around the third quarter of 2021. We don’t know the exact date of the launch, but we can expect major design and feature changes. The upcoming Apple silicon-backed MacBook Pro is due for additional ports and possibly the return of MagSafe on MacBook.

According to Ming-Chi Kuo, the Pro will come with a “flat-edged” design. This will be in tune with the company’s other products. Apple has already squared off the edges on the iPhone 12 lineup and the new iPad lineup. So it’s no surprise that the next-gen MacBook Pro design will not be as curved as the current one.

The new Pro models are expected to come in 14-inch and 16-inch screen sizes with a Mini LED display. It is certainly an upgrade over the current panel, and it means sharper, brighter images on the new Mac. You may notice design changes on the sides too, where Apple is expected to add more ports. Yes, Apple is likely to reverse its USB Type-C-only design. This means we may get more ports on the M2 MacBook Pro. Now that the release date and design are out of the way, let’s talk about the 2021 MacBook Pro features. According to Kuo’s note, the new MacBook Pro will sport an HDMI port, an SD card slot, and MagSafe charging. Apple killed off the SD card slot after the 2015 MacBook Pro model. Then the HDMI and MagSafe were gone too.

Apple might actually add back HDMI and SD card support to the newer Pro models. It is so because the Pro has to offer more to justify its price over the Air now. The current M1 MacBook Air and MacBook Pro models are almost at par, making it difficult to justify the Pro as the ‘Pro’ choice.

With the addition of an HDMI port and an SD card slot, Apple may try to utilize the thicker design of the Pro model to deliver extra functions. As for the MacBook Air, we expect it to count on the adapters to get additional ports.

Kuo says that Genesys Logic will be making the SD card readers, and they’ll be USB 4.0 compatible. Both the HDMI as well as SD card reader are popular features among photographers and video editors. So we can say that Apple is tapping deeper into a territory that already prefers the MacBook Pro over other machines.

Lastly, MagSafe on the M2 MacBook Pro will probably be a good decision. I’ve been using a MagSafe MacBook Air, and I’ve also used a MacBook with Type-C charging. The MagSafe model lets you confidently charge your MacBook on a table in a cafe. If someone accidentally topples on the cable, it just disconnects easily, saving your laptop.

With the Type-C port, it is likely that you’ll wreck your MacBook if someone yanks the cable. However, it remains to be seen if Apple offers a 90 watt MagSafe charger just like the Type-C one that comes with the current MacBook Pro.

Rest assured, if these upgrades make it to the next-gen MacBook Pro, it’ll better justify the price for not just the premium, but the added functionality and design.