This is heavy Doc. 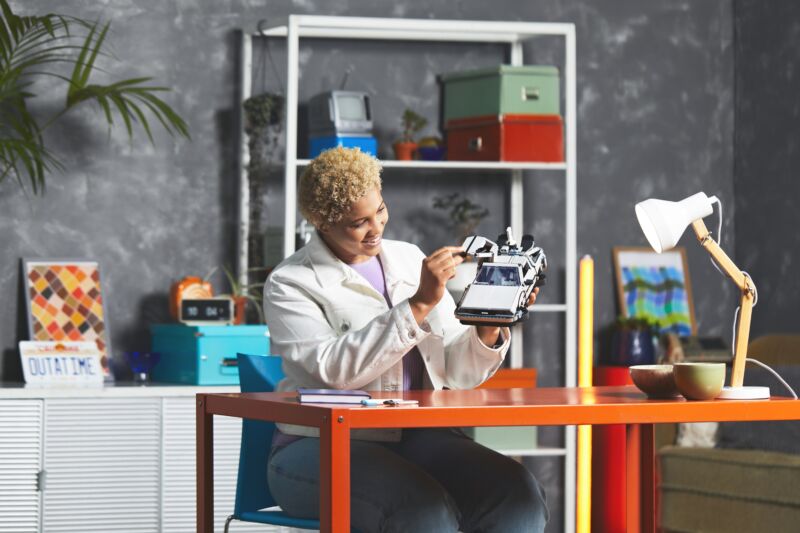 Enlarge / Lego is bringing back the Time Machine in a new, much larger and more detailed set. (credit: Lego)

In 2013, Lego released a Back to the Future Time Machine kit. It was one of the first products to emerge from what is now known as Lego Ideas, a project that lets brick-proficient creators from around the world submit their ideas for public approval and potential production . (And yes, the designer gets a cut.) That set has been sold out for a long time, and sales on the secondary market go for many times its original $34.99 price.

Lego sets with almost 2,000 pieces and a movie license don't come cheap, though. The BTTF Time Machine kit will set you back $169.99.