Click the link to see an exclusive comic on Tinyview. 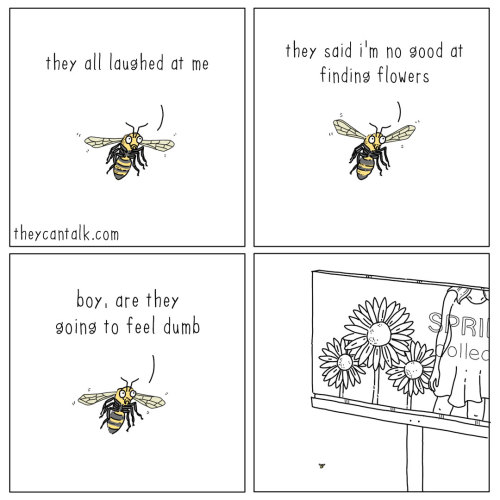 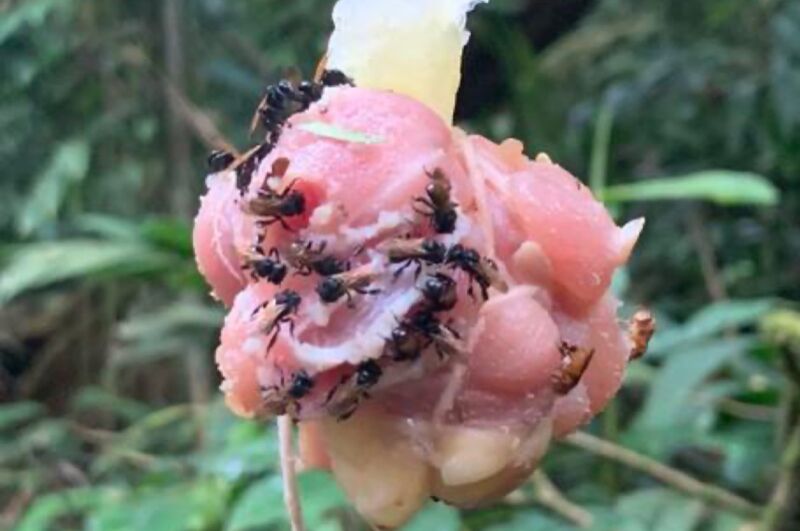 Ask a random person to picture a bee, and they'll likely conjure up the familiar black-and-yellow striped creature buzzing from flower to flower collecting pollen to bring back to the hive. But a more unusual group of bees can be found "slicing chunks of meat from carcasses in tropical rainforests," according to the authors of a new paper published in the journal mBio. As a result, these bees have gut microbiomes that are markedly different from their fellow buzzers, with populations more common to carrion-loving hyenas and vultures. So they are commonly known as "vulture bees" (or "carrion bees").

According to the authors—entomologists who hail from the University of California, Riverside (UCR), the University of Massachusetts, Amherst, Columbia University, and the American Museum of Natural History—most bees are essentially "wasps that switched to a vegetarian lifestyle." But there are two recorded examples of bumblebees feeding on carrion dating back to 1758 and 1837, and some species are known to occasionally feed on carrion in addition to foraging for nectar and pollen. (They are considered "facultatively necrophages," as opposed to vulture bees, which are deemed "obligate necrophages" because they only eat meat.)

An entomologist named Filippo Silvestri identified the first "vulture bee" in 1902 while analyzing a group of pinned specimens, although nobody called it that since they didn't know at the time that this species fed on carrion. Silvestri dubbed it Trigona hypogea , and he also described their nests as being used for honey and pollen, although later researchers noted a surprising absence of pollen. Rather, biochemical analysis revealed the presence of secretions similar to those fed to queen bees in the nests of honeybees.

It’s the first weekend of spring in Australia – and while some of us can’t leave our hives, let’s pay tribute to those who can

Oh look, it’s spring! The days are getting longer, the evenings smell like jasmine, the hayfever-people are sneezing and rubbing their eyes. Pollen is everywhere, which means only one thing: 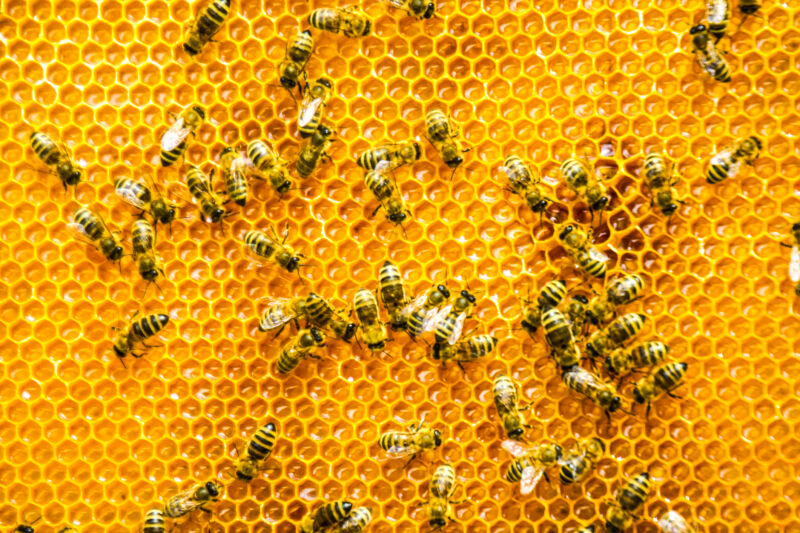 Bees manage some impressive feats. They not only remember the location of good food sources, but they're able to communicate this information to their peers. They also care for the hive's young and organize attacks against intruders.

It's easy to overlook that they're brilliant at construction. Almost every honeycomb in a hive is a perfect hexagon, with each side the same length. This comes despite the fact that they have to build hexagons of different sizes for workers and drones, and often merge honeycombs started on opposite walls of the hive. How do they manage around these complexities?

A new paper uses an automated image analysis system to identify the different ways that bees manage these transitions. The researchers who made the system find that bees see issues coming in advance, and start making smaller adjustments that, in the end, help avoid the need for larger changes. 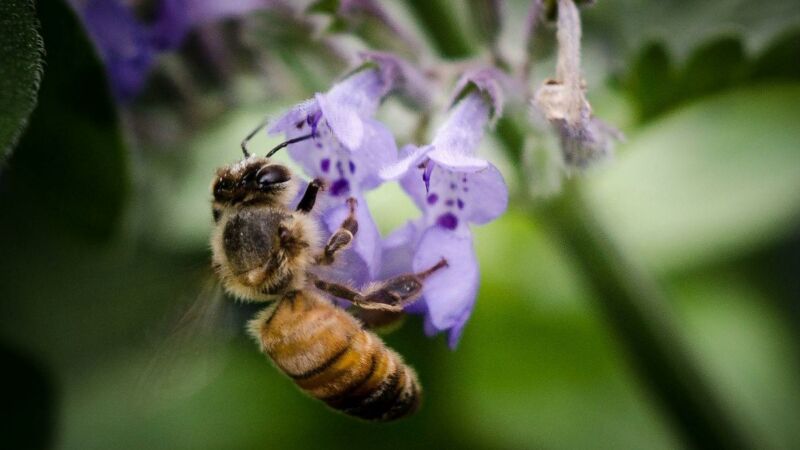 Pollinator habitats and solar farms may seem like ecologically great neighbors, but we still don't understand very much about that relationship. A team of researchers recently published a paper surveying the ins and outs of keeping solar production alongside the kinds of plants that pollinators like bees and butterflies love. The paper notes that there's a good amount of potential here, but more work needs to be done to fully understand the potential partnership.

“I think in some ways, it sounds like a no-brainer that we should be implementing pollinator habitats at these types of facilities. And on one hand, I agree with that, but I think it really does benefit us to figure out the most efficient ways to get these kinds of benefits out there,” Adam Dolezal, assistant professor at the University of Illinois at Urbana-Champaign's department of entomology, told Ars.

More than 100 crops in the US rely on pollinators. However, around the world, the number of pollinators has been in decline. Habitat loss is a significant reason for the decline, though there are others, including climate change and invasive species.