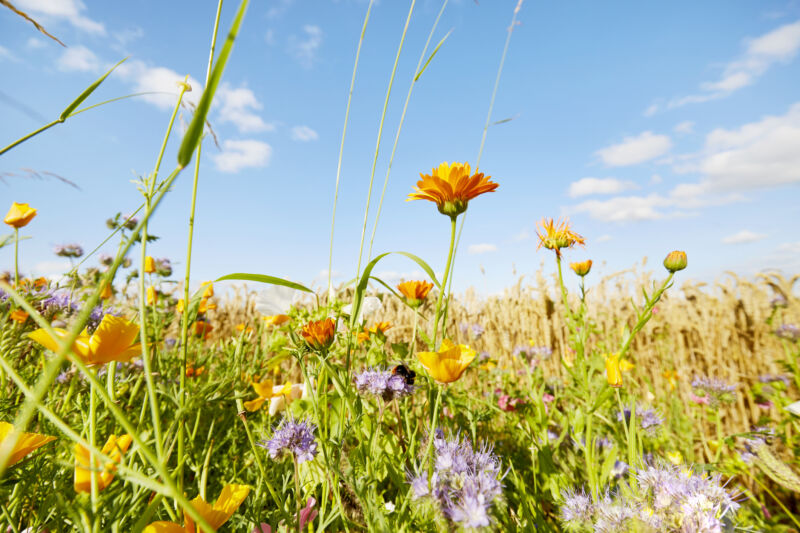 The business sector has had a fraught relationship with conservation. While many companies are now pushing to make their products and operations less damaging to the environment, the private sector, broadly speaking, has made life harder for the world’s complex ecosystems and the organisms in them.

For those companies looking to understand their environmental impacts better, NatureMetrics, a UK-based company, recently launched a service that can potentially inform conservation efforts in the private sector. The company is in the early stages of launching a subscription service that lets corporations regularly check their sites for biodiversity and keep an eye on any changes—good or bad—their activities have.

“You need to be doing monitoring over time in a structured way with enough samples to give you statistical significance,” Katie Critchlow, NatureMetrics’ CEO, told Ars.

It was a wild year for the UN Biodiversity Conference, this year known as COP15. The international event brought delegates from more than 190 countries to Montreal to discuss the steps the world needs to take to safeguard its species and ecosystems.

The conference was pushed back for two years due to the pandemic and had originally been slated to take place in Kunming, China. It was eventually moved to Montreal, which hosts the UN’s Convention on Biological Diversity (CBD) office. The conference saw protests from a group of local anti-capitalists , a walkout from countries concerned over funding, and many hours where countries around the globe debated the finer points of how best to preserve biodiversity.

Ultimately, the parties agreed to adopt the Kunming-Montreal Global Biodiversity Framework (GBF). “The fact that they actually arrived at the agreement is in and of itself really momentous. A couple of weeks ago, that was looking tenuous,” Will Gartshore, senior director for policy and government affairs at WWF-US, told Ars. 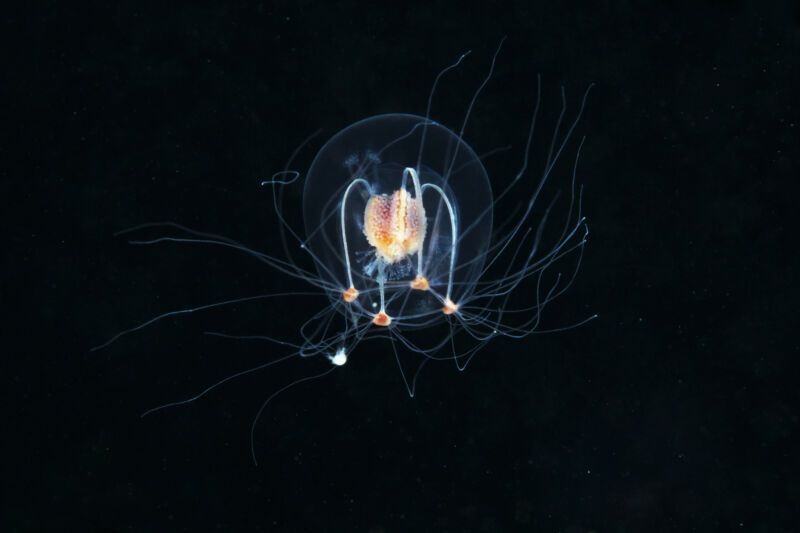 In the past, scientists thought of the deep ocean as a cold, dead place. While the region—generally considered to be everything between 200 and 11,000 meters in depth—is undoubtedly cold, it actually holds unexpected biodiversity.

“Back in the 1970s, there was this myth of the deep sea as this empty desert wasteland with nothing alive. For many years, we’ve known this is absolutely false,” Julia Sigwart, a researcher at the Senckenberg Research Institute in Germany, told Ars.

However, the abyss and the life within it remain poorly understood, despite making up around three-quarters of the area covered by the ocean. At this year’s United Nations Biodiversity Conference (COP15), Sigwart and her international colleagues presented a policy brief that urges more support for research into the biodiversity of the deep ocean, particularly as the region begins to be threatened by human activities. 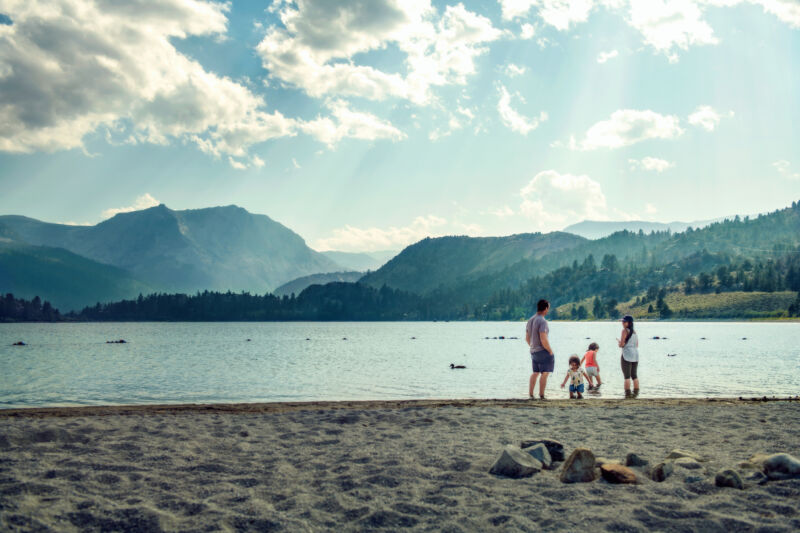 Not for nothing, but when it comes to bodies of water and climate change, the ocean gets the (sea) lion's share of attention. But on land, around 117 million admittedly smaller bodies of water play necessary ecological, social, and economic roles. Lakes are relatively tiny, but "relative" is a key term there—for instance, the Great Lakes of North America account for 20 percent of the Earth's surface freshwater. We also rely on them for food, fresh water, transportation, and more.

New research identifies the interrelated challenges that the world's lakes face. According to Sapna Sharma, co-author of the research and an associate professor of York University's biology department, many of the climate change-related impacts that these watering holes remain relatively hidden despite these waters potentially facing an extensive collection of problems. "I hope that people get a sense of how widespread the effects of climate change on lakes are," she told Ars. "If you just go look out at a lake, you might not know all the changes it's experiencing."

To study this, Sharma and colleagues at different universities around the world pored over hundreds of research papers about lakes. These papers came from across the globe, and some date back to the 1930s, she said. Sharma and her fellow researchers all have differing areas of expertise, allowing them to review and synthesize the existing literature. 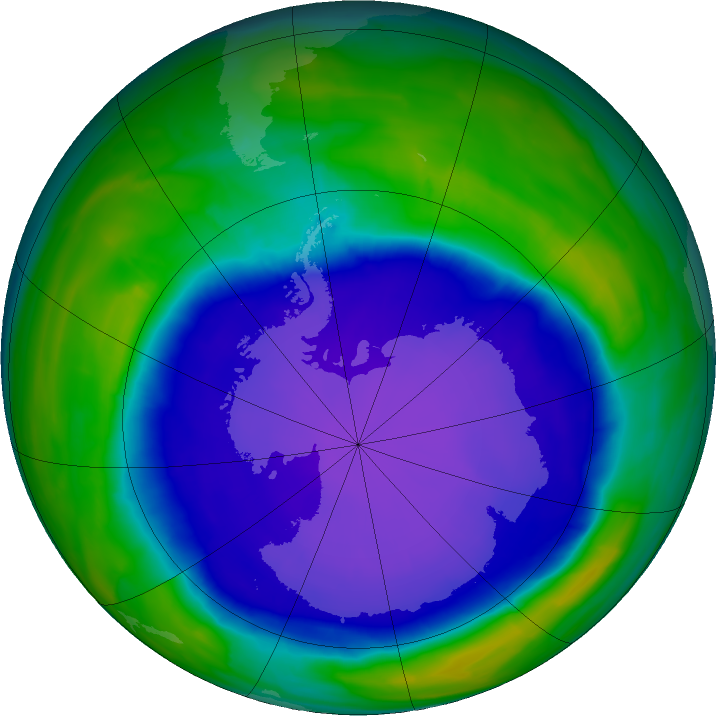 Enlarge / We have pretty clear evidence that declining ozone levels were something more than liberal scare tactics. (credit: NASA )

Conservative political commentator Matt Walsh took to Twitter last Wednesday to say that the widely held belief that humans are causing climate change is, in fact, a crock. The podcaster and Daily Wire columnist apparently knows this because previous environmental issues we were concerned about in the past—namely acid rain and holes in the ozone layer—disappeared, never to be heard about again.

It’s true that you don’t hear much about acid rain anymore, and discussions about humanity’s long-standing propensity to metaphorically kick the planet in the groin have largely moved away from the ozone layer to newer, flashier issues like sea level rise, rising global temperatures, and mass species die-offs served with a side of ecosystem collapse . (Although, if you know where to look , you can still find mention of the ozone hole.) 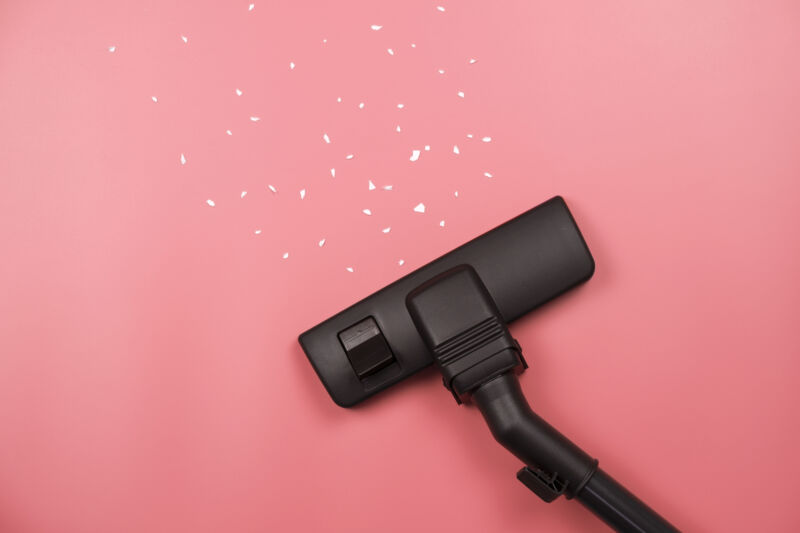 Just as the pandemic hit, Christina Islas Lynggaard—a postdoc researcher at the University of Copenhagen’s Globe Institute—sat in her apartment surrounded by vacuums and filters. She tested them, eventually landing on a water vacuum, which was, for her purposes, pretty good. The rest didn’t quite make the cut—they had good suction, but the second you put a filter in them, it messed with their power supplies. “It just dies, and then the motor comes to overheat, and it was very difficult,” Lynggaard said.

All this testing was done for an interesting case, one that seems obvious in hindsight but could have valuable ecological applications. In short, Lynggaard and other researchers on her team were looking for a way to collect environmental DNA (eDNA) from the air to measure biodiversity or look for the presence of rare or invasive species.

Out of thin air

“We had no idea the best way to collect DNA from air,” Kristine Bohmann told Ars. Bohmann is an associate professor at the Globe Institute and one of the researchers involved in the effort.

The planet’s incredible marine carbon sink is vanishing – and the only way to replace it is costly, labour-intense and takes years. Experts say it’s worth it

• Blue carbon: the hidden CO2 sink that pioneers say could save the planet

Inside a wooden boathouse on the shore of Loch Craignish, a mass of fronds sit in two 1,000-litre tanks. The fronds are seagrass, and they are filled with seeds. Next to the tanks is a Heath Robinson-style series of pumps. The laboratory may be low-tech, but it is the headquarters of a pioneering, community-led climate experiment.

The goal is to restore the loch’s once-thriving seagrass meadows. “We are trying to create a seismic change in the health of this sea loch,” says Danny Renton, of Craignish Restoration of Marine & Coastal Habitats (Cromach) and founder of Seawilding, a charity backed by people living in the surrounding villages in Argyll and Bute, about three hours’ drive from the Cop26 summit in Glasgow. 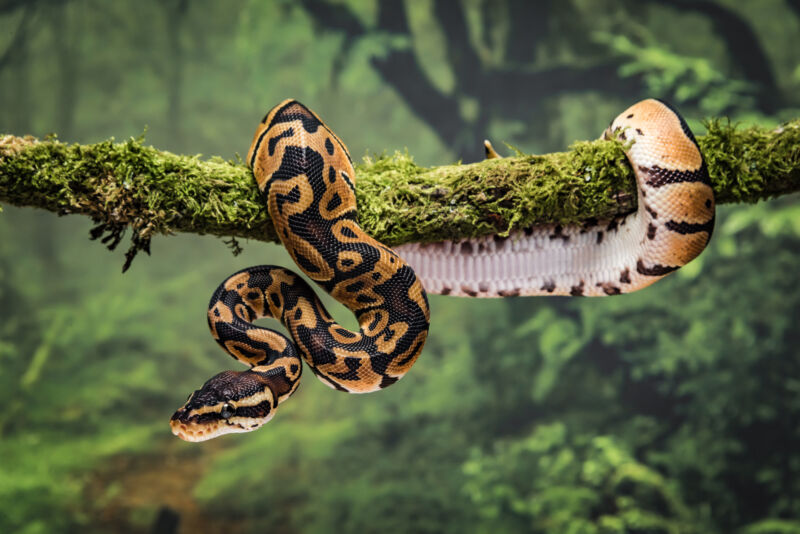 The doom of the dinosaurs was good news for snakes. According to new research , snake biodiversity began increasing shortly after the Cretaceous–Paleogene mass extinction—you know, the one brought about by a huge asteroid impact 66 million years ago. The asteroid caused around 75 percent of all species, and all of the non-avian dinosaurs, to go extinct.

But the impact gave primordial snake species opportunity and space to flourish, and they did. Currently, there are around 4,000 species of the elongated, legless reptiles. To study this evolutionary change, a team of researchers examined the diets of existing snake species to get a glimpse into the past. “After the K–Pg extinction, [snakes] just underwent this massive ecological explosion,” Michael Grundler, one of the paper’s authors and a post-doc researcher at the University of California Los Angeles, told Ars.

As it turns out, snake fossils are hard to come by. It’s rare to find any great snake because their bodies are loosely articulated and can fragment quickly. “They’re really rare in the fossil record. And when we do see them in the fossil record, it’s usually just a bit of vertebrae, often not really a skull, so we can’t get a sense of their ecology,” Grundler said. “It’s not something like a big mammal or a big dinosaur that has four limbs and the bones are pretty robust. With snakes, you have all these fragile vertebrae... their skull is pretty loosely articulated as well.”