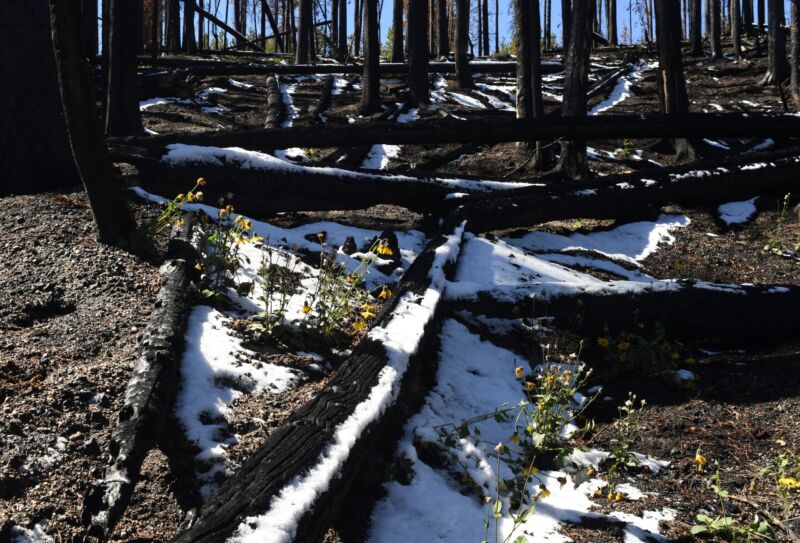 When Stephanie Kampf visited one of her wildfire test plots near Colorado’s Joe Wright Reservoir in June of 2021, the charred remains of what had been a cool, shady spruce and fir forest before the Cameron Peak Fire incinerated it nearly took her breath away.

“We would walk through these burned areas and they were just black, nothing growing and already getting kind of hot,” she said. “And then you walk into an unburned patch, and there’d still be snow on the ground. You could almost breathe more.”

The surveys, up at about 10,000 feet in the Rocky Mountains west of Fort Collins, were part of a rapid response science assessment to measure just how much the extreme 2020 wildfire season in the West disrupted the water-snow cycle in the critical late-snowmelt zone that serves as a huge natural reservoir. The snowmelt sustains river flows that nurture ecosystems, fills irrigation ditches for crops, and delivers supplies of industrial and drinking water to communities. 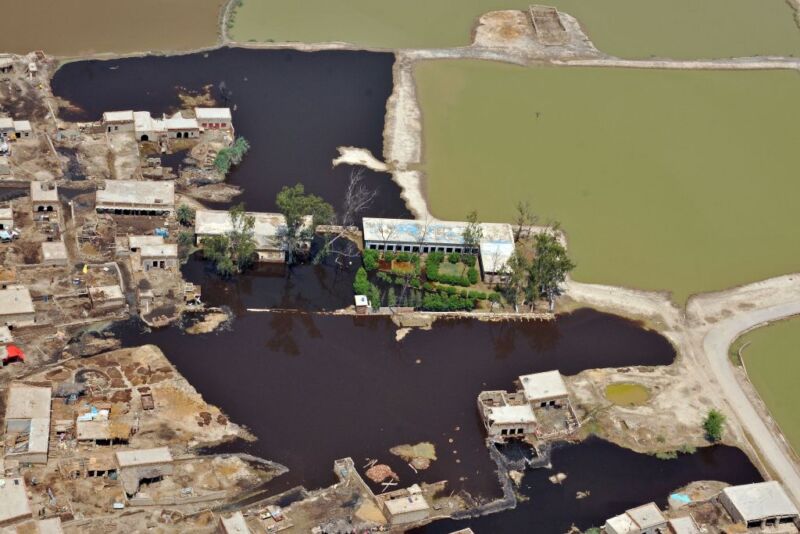 United Nations Secretary-General António Guterres had just returned from a visit to flooded Pakistan when he stepped before the UN General Assembly to give a speech on Tuesday. Poverty-stricken regions experiencing the most severe climate change impacts like Pakistan were front-of-mind when he declared , “Today, I am calling on all developed economies to tax the windfall profits of fossil fuel companies.”

Guterres made it clear how taxing fossil fuel companies could help struggling countries recover, recommending that developed economies convert rocketing oil and gas industry profits into funds to help struggling nations recover. By redirecting funds “to countries suffering loss and damage caused by the climate crisis and to people struggling with rising food and energy prices,” he suggests “polluters must pay” for the damage that reports have shown fossil fuel companies are largely responsible for.

The Guardian called Guterres’ appeal his “most urgent, and bleakest, speech to date.” However, Guterres did suggest that “by acting as one, we can nurture fragile shoots of hope” and overcome “loss and damage from disasters” and reverse a “once-in-a-generation global cost-of-living crisis" that he said is "unfolding" and "turbocharged by the war in Ukraine.” 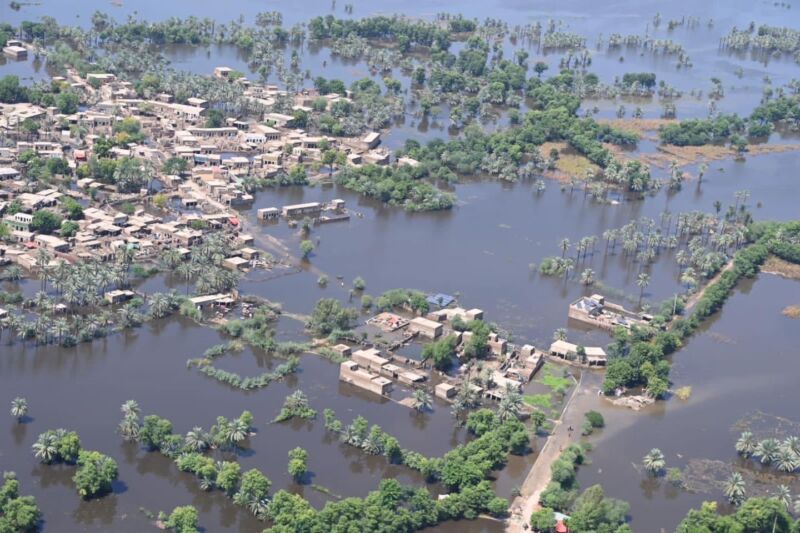 In August, Pakistan set destructive records as it averaged more than triple its normal August monsoon rainfall. In the southern provinces of Sindh and Balochistan, the number was seven to eight times the average. The resulting flooding killed around 1,500 people and displaced more than 30 million—a catastrophe of incredible scale.

Is this an event we expect a warmer climate to have influenced? As they often do, the World Weather Attribution team quickly analyzed this question and released the results on Thursday. Their peer-reviewed method for these rapid studies is to apply standardized analyses to both historical weather data and climate model simulations. The goal is to find out whether a given weather pattern is part of a long-term trend and then determine whether we expect such a trend to come as a result of human-caused global warming.

This event is more complex than something like a short-lived heatwave, given that it played out in waves over weeks and depends on highly variable monsoon patterns. Monsoon rains result from the seasonal transport of moist air over land combined with uplift that cools that air, wringing the moisture out of it. This pattern is hit-or-miss in Pakistan, as it often originates over eastern India and bends northward before it can reach Pakistan. 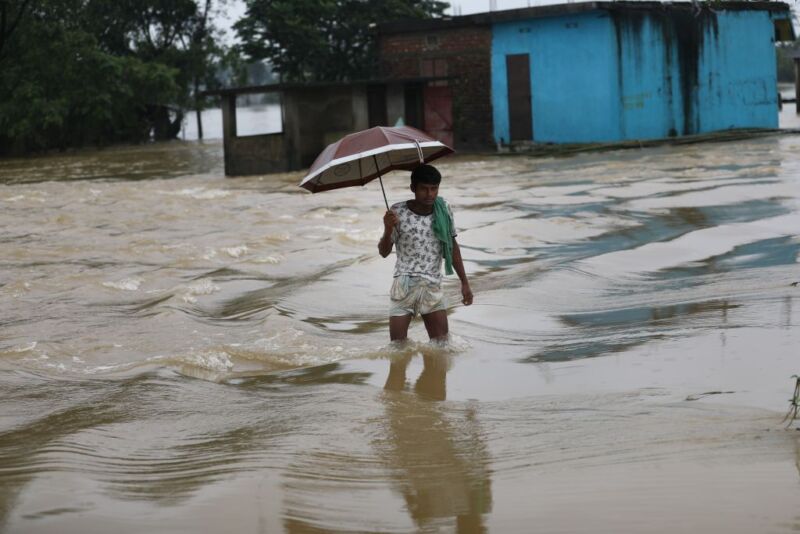 Enlarge / A warming climate can lead to more extreme downpours, as Bangladesh and India experienced in 2022 (credit: https://www.gettyimages.com/detail/news-photo/people-try-to-survive-as-monsoon-rains-swamped-huge-areas-news-photo/1241419969 )

There’s an old joke about the fellow who has his left foot in a bucket of ice water and the right in a bucket of hot water, so that his overall temperature is average. That seems to apply to the climate during 2022’s northern summer of extremes : Overall, the planet was tied for only the fifth-warmest June-August , yet regional heat waves shattered records.

Global warming is undoubtedly a factor, but just how the increasing extremes that marked the summer of 2022—heat waves, droughts and floods, sometimes one on top of the other—are related can be bewildering to the public and policymakers.

As a climate scientist , I’ve been working on these issues for more than four decades, and my new book, “ The Changing Flow of Energy Through the Climate System ,” details the causes, feedbacks, and impacts. Let’s take a closer look at how climate change and natural weather patterns like La Niña influence what we’re seeing around the world today. 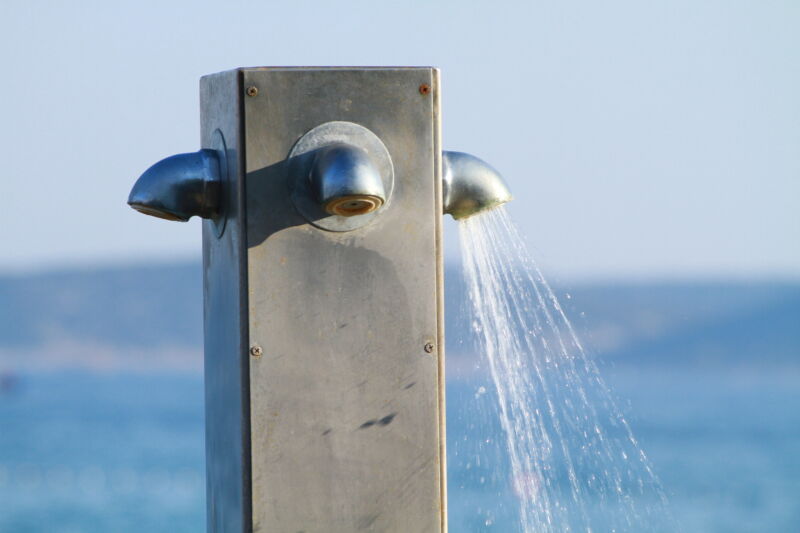 Ecotoxicologist Craig Downs describes his main work goal as “preventing zombies”—communities of coral or other marine creatures that appear to be thriving, but upon closer inspection, turn out to be composed only of adults lacking the ability to reproduce. These populations are like the “ living dead ,” a generation away from vanishing, according to scientists who discovered them in dying reefs across the Caribbean in 2016.

Globally, coral reefs are in decline for a number of reasons , including climate change, coastal development, and pollution. Over the years, Downs, executive director of Haereticus Environmental Laboratory in Virginia, has studied sunscreen, microplastics, and most recently, beach showers, in an effort to understand the effects of these human-made substances on some of the world's most popular vacation destinations. His latest study , published in July, could also breathe new life into an old law.

In April, the Clean Water Act , the keystone US law on water pollution, took what many environmentalists describe as a tough hit. In a controversial shadow docket decision , the Supreme Court voted to remove states’ power to block federally approved, but environmentally damaging, projects. Commentators decried the attempt to strip states of the right to protect their own waters, one of the core principles enshrined in the act. 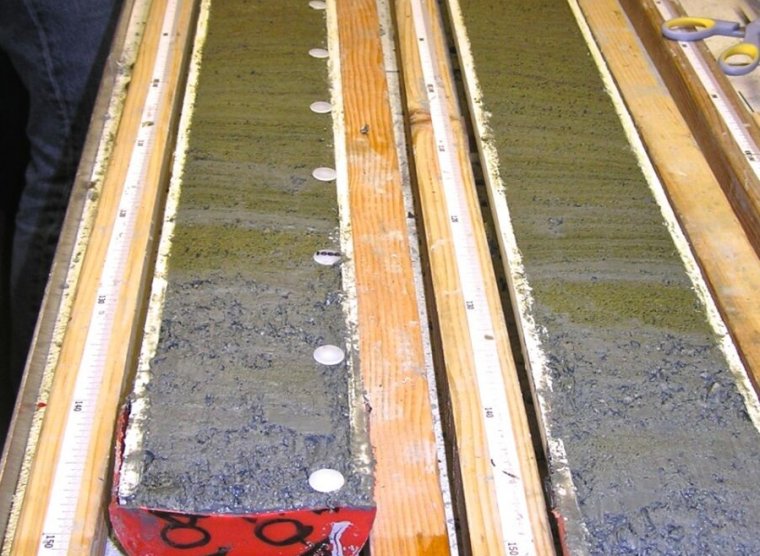 Enlarge / Isotopes in sediment cores like these can provide indications of past temperatures. (credit: E Alaska Scientific Party )

In a paper recently published in Science , Professor Nele Meckler of the University of Bergen and colleagues argue that the climate between around 35 and 60 million years ago may have been considerably warmer than we thought. Their finding suggests that a given level of CO 2 might produce more warming than prior work indicated, and it hints that the ocean circulated differently during that warm, ice-free climate.

Their conclusions come from new measurements of carbon and oxygen isotopes found in the shells of tiny creatures, called benthic foraminifera or “forams,” that lived on the seafloor at the time. Earlier work with similar samples had estimated temperatures using oxygen isotopes —a technique that could be confused by changes in how much water was locked away in ice at the poles and, to a lesser extent, variations in ocean salinity. The new study used a technique that registers temperatures more reliably and produced much warmer numbers.

Benthic foram oxygen isotopes have been a mainstay of ancient global climate studies, with the latest most detailed record extending back 60 million years . Deep ocean temperatures reflect ocean surface temperatures over timescales longer than about 1,000 years because the global “ conveyor belt ” of ocean circulation turns over on that timescale. Oxygen isotopes in that water reflect ocean surface temperature, and by extension global climate, because water with the heavier isotope oxygen-18 is a bit harder to evaporate than water with oxygen-16; when the sea is warmer and there’s more evaporation, oxygen-18 builds up in the oceans. 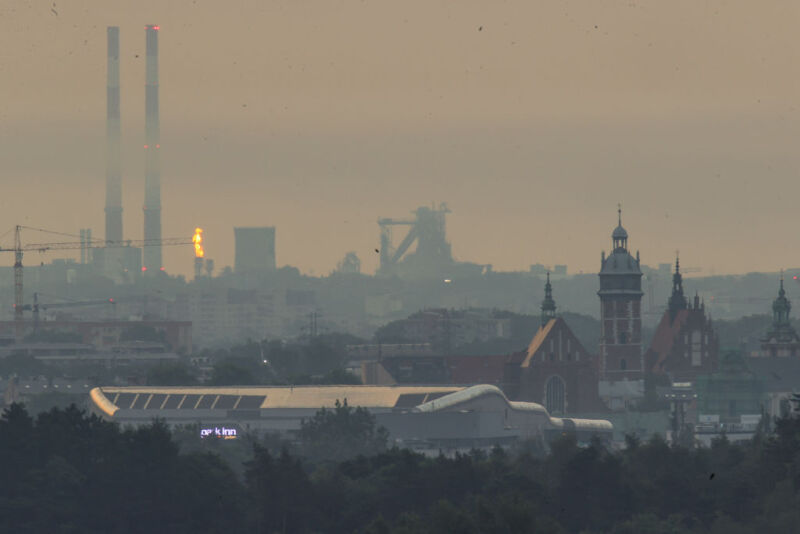 On the morning news, you see the weather forecast is for high heat, and there is an “ excessive heat watch ” for later in the week. You were hoping the weather would cool down, but yet another heat wave is threatening human health and increasing the chance of wildfires. On top of these warm days and nights, air quality data has been showing unhealthy levels of pollution.

Sound familiar? This scenario is increasingly the new normal in many parts of the world.

High heat and air pollution are each problematic for human health, particularly for vulnerable populations such as older adults. But what happens when they hit at the same time? 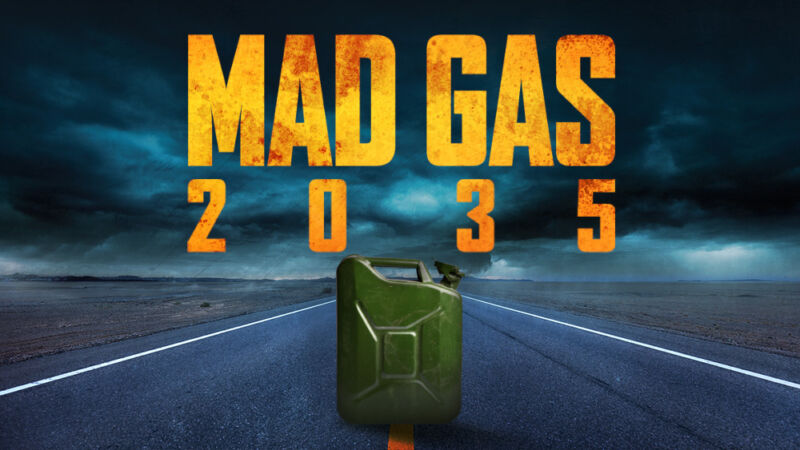 On Thursday when the California Air Resources Board gathers for its monthly meeting, it's widely expected it will approve a ban on new vehicles with internal combustion engines, set to go into effect in 2035. The state has been a leader in accelerating the transition to clean transportation, and this latest move continues that trend.

In fact, the proposed ban on new gasoline or diesel engines has been in the works for some time; just under two years ago California Governor Gavin Newsom signed an executive order requiring that from 2035, all new passenger cars and light trucks be zero-emissions.

Around the world, cities and countries are starting to plan for the end of the internal combustion engine. Paris, Madrid, Athens, and Mexico City have announced plans to ban the sale of new fossil fuel-powered vehicles in the next three years—a target that might be somewhat ambitious post-pandemic.