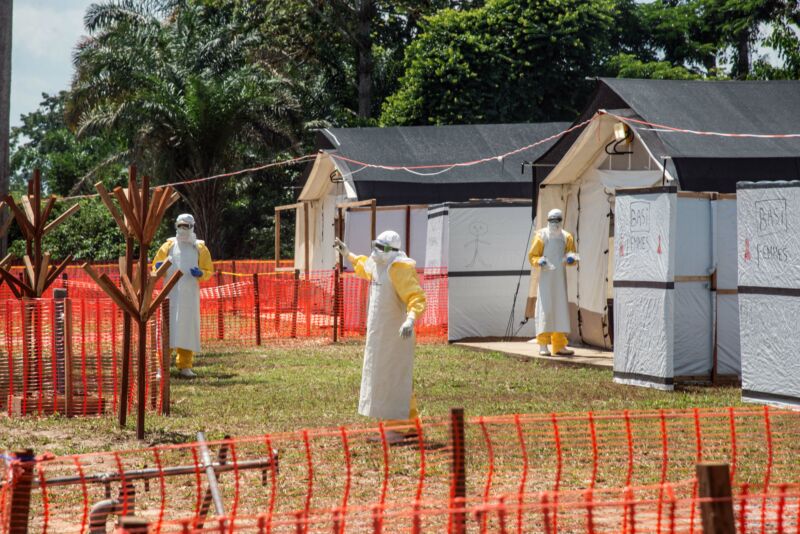 A new outbreak of Ebola has ignited in the Democratic Republic of the Congo, which is still trying to stamp out an Ebola outbreak from 2018—and is now also battling a massive measles outbreak and COVID-19.

The new Ebola outbreak is in the western city of Mbandaka, the capital of the Équateur Province. The city—situated at the junction of the Congo and Ruki Rivers—is a major trade and travel hub and home to more than 1 million people.

On Monday, June 1, 2020, officials confirmed an outbreak with six cases so far (three confirmed, three probable). Four of the cases have died, and two are being treated. The World Health Organization reported that officials expect to find more cases as outbreak responses ramp up.