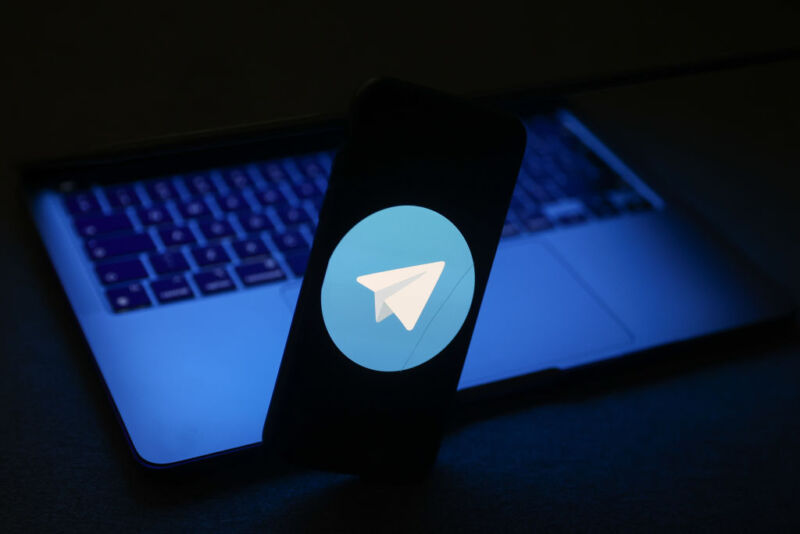 The Chicago Sun-Times reported that Homeland Security Investigations (HSI) agents based in Arizona launched “Operation Swipe Left” in 2020 to investigate claims of kidnapping, livestreaming child abuse, and production and distribution of child sexual abuse materials (CSAM). That investigation led to criminal charges filed against at least 17 people. The majority of defendants were living in Arizona, but others charged were residents of Illinois, Wisconsin, Washington, DC, California, and South Africa. Ten children were rescued, including four children actively suffering abuse at the time of the rescue. The youngest victim identified was 6 months old, and the oldest was 17 years old.

Telegram became a preferred tool for defendants in this investigation, many of whom believed that police could never access their encrypted messages. At least one federal prosecutor told a judge that authorities never would have gained access; however, one of the defendants, Adam Hageman, “fully cooperated” with investigators and granted access through his account to offending Telegram groups. 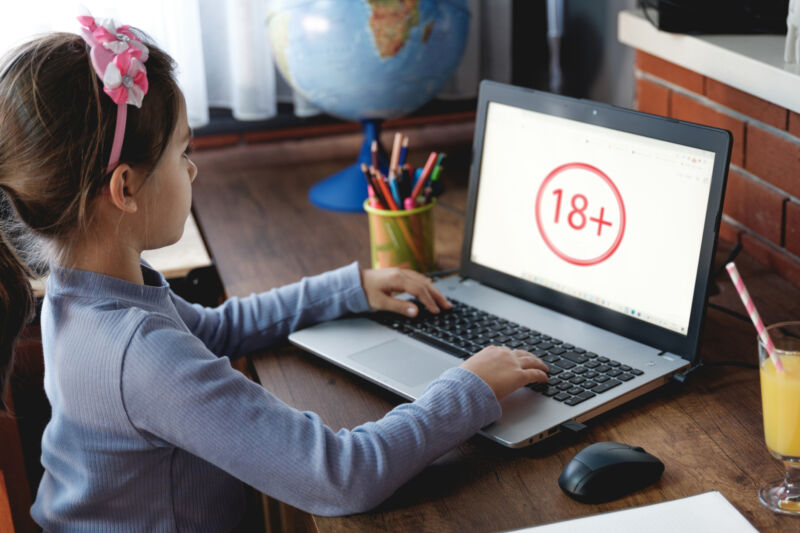 The United Kingdom wants to become the safest place for children to grow up online. Many UK lawmakers have argued that the only way to guarantee that future is to criminalize tech leaders whose platforms knowingly fail to protect children. Today, the UK House of Commons reached a deal to appease those lawmakers, Reuters reports, with Prime Minister Rishi Sunak’s government agreeing to modify the Online Safety Bill to ensure its passage. It now appears that tech company executives found to be "deliberately" exposing children to harmful content could soon risk steep fines and jail time of up to two years.

Reports say that tech executives responsible for platforms hosting user-generated content would only be liable if they fail to take “proportionate measures” to prevent exposing children to harmful content, such as materials featuring child sexual abuse, child abuse, eating disorders, and self-harm. Some measures that tech companies can take to avoid jail time and fines of up to 10 percent of a company's global revenue include adding age verification, providing parental controls, and policing content. 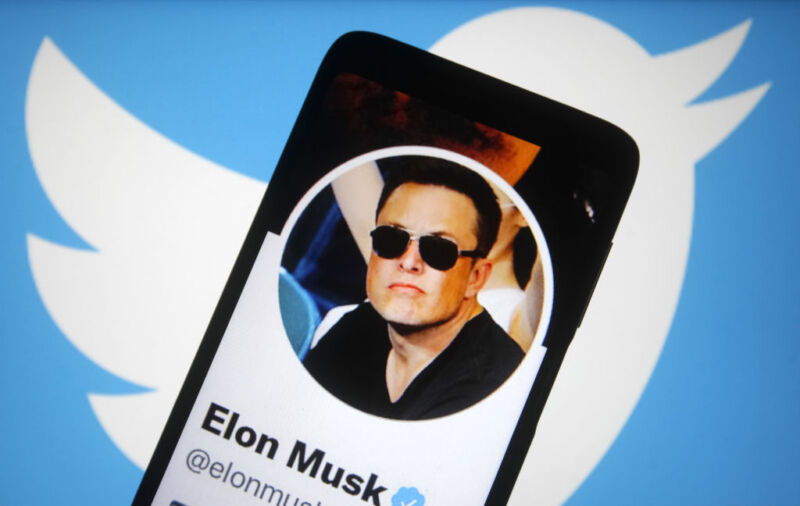 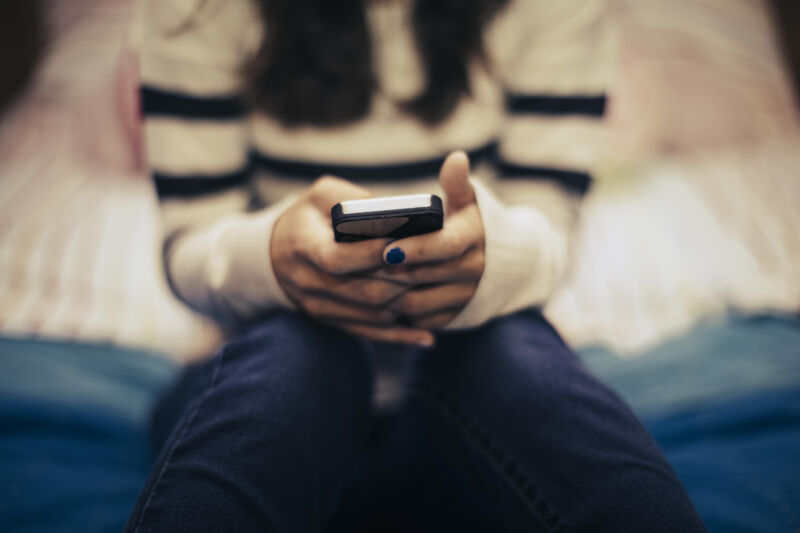 Last year, the National Center for Missing and Exploited Children (NCMEC) released data showing that it received overwhelmingly more reports of child sexual abuse materials (CSAM) from Facebook than any other web service it tracked. Where other popular social platforms like Twitter and TikTok had tens of thousands of reports, Facebook had 22 million.

Today, Facebook announced new efforts to limit the spread of some of that CSAM on its platforms. Partnering with NCMEC, Facebook is building a “global platform” to prevent “sextortion” by helping “stop the spread of teens’ intimate images online.”

“We’re working with the National Center for Missing and Exploited Children (NCMEC) to build a global platform for teens who are worried intimate images they created might be shared on public online platforms without their consent,” Antigone Davis, Facebook’s VP, global head of safety, said in a blog post on Monday. 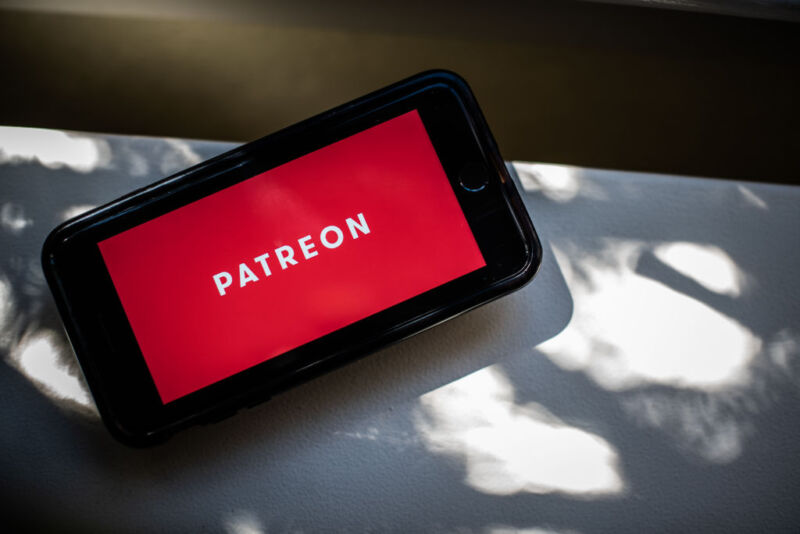 According to Patreon, the conspiracy theory sprang from a fake post on a job-posting site; Vice later reported that site was Glassdoor. The Glassdoor review was posted in August and claimed that Patreon refused to respond to reports of accounts suspected of “selling lewd photographs” of children. As TikTokers described their failed attempts to report these accounts, Patreon laid off members of its security team and, Patreon said, “onlookers inaccurately linked" the "small-scale staffing changes we made last week to our security organization." The TikTokers claimed that Patreon laid off its staff specifically for not complying with orders to allow CSAM to stay on the platform.

“Dangerous and conspiratorial disinformation began circulating on social media recently,” Patreon said. “We want to let all of our creators and patrons know that these claims are unequivocally false and set the record straight.” 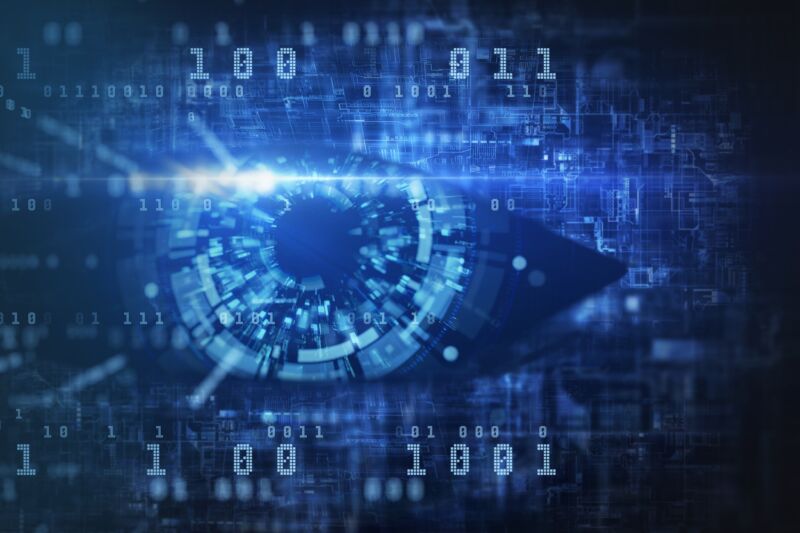 A European Commission proposal could force tech companies to scan private messages for child sexual abuse material (CSAM) and evidence of grooming, even when those messages are supposed to be protected by end-to-end encryption.

Online services that receive "detection orders" under the pending European Union legislation would have "obligations concerning the detection, reporting, removal and blocking of known and new child sexual abuse material, as well as solicitation of children, regardless of the technology used in the online exchanges," the proposal says. The plan calls end-to-end encryption an important security tool but essentially orders companies to break that end-to-end encryption by whatever technological means necessary:

In order to ensure the effectiveness of those measures, allow for tailored solutions, remain technologically neutral, and avoid circumvention of the detection obligations, those measures should be taken regardless of the technologies used by the providers concerned in connection to the provision of their services. Therefore, this Regulation leaves to the provider concerned the choice of the technologies to be operated to comply effectively with detection orders and should not be understood as incentivising or disincentivising the use of any given technology, provided that the technologies and accompanying measures meet the requirements of this Regulation.

A questions-and-answers document describing the plan emphasizes the importance of scanning end-to-end encrypted messages. "NCMEC [National Center for Missing and Exploited Children] estimates that more than half of its CyberTipline reports will vanish with end-to-end encryption, leaving abuse undetected, unless providers take measures to protect children and their privacy also on end-to-end encrypted services," it says. 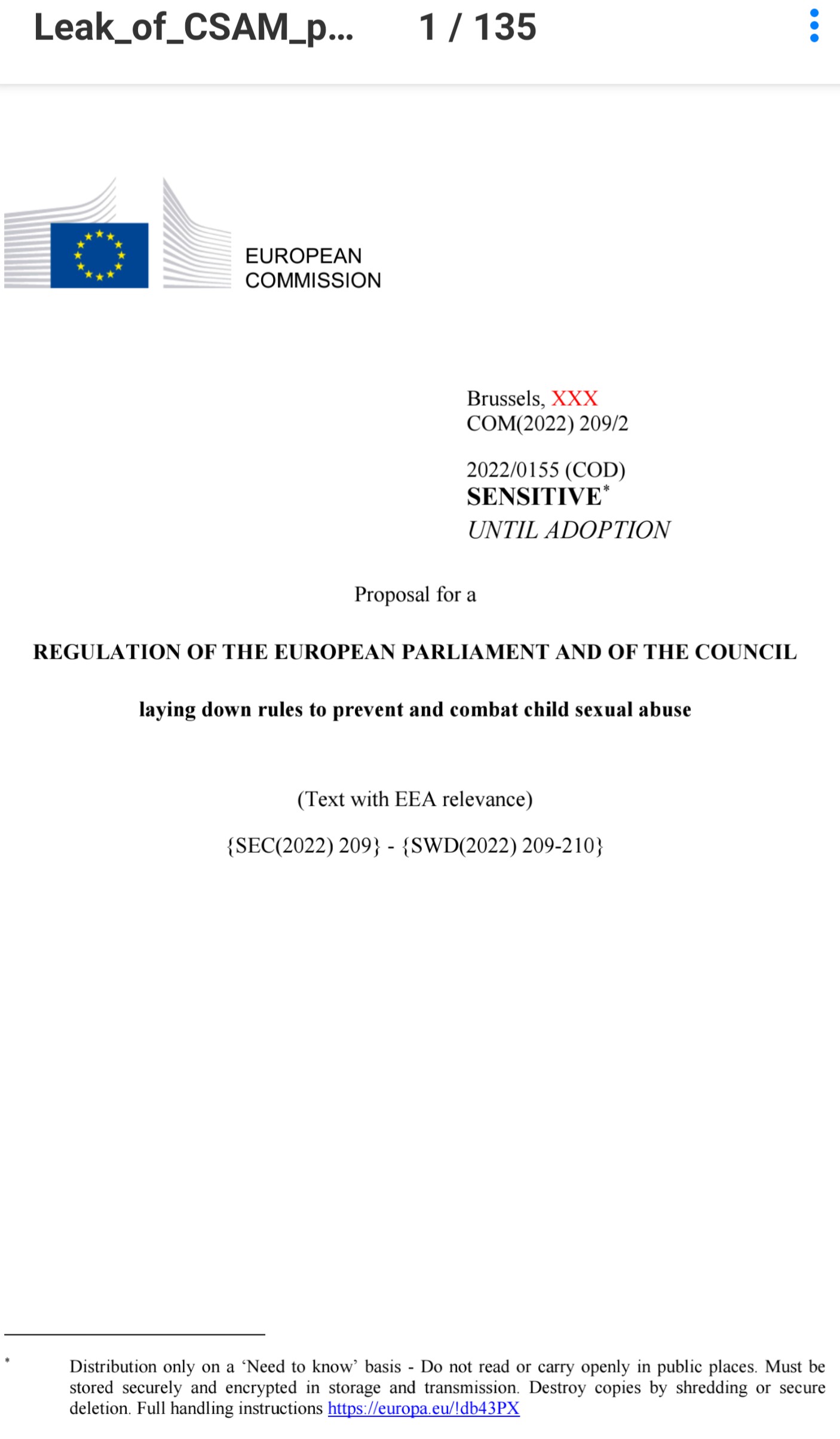 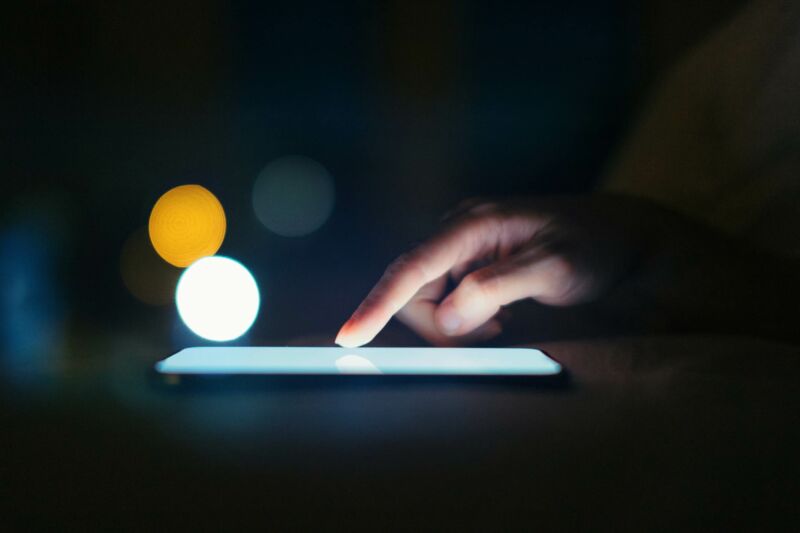 Apple said Friday that it will make some changes to its plan to have iPhones and other devices scan user photos for child-sexual-abuse images. But Apple said it still intends to implement the system after making "improvements" to address criticisms.

Apple provided this statement to Ars and other news organizations today:

Last month we announced plans for features intended to help protect children from predators who use communication tools to recruit and exploit them, and limit the spread of Child Sexual Abuse Material [CSAM]. Based on feedback from customers, advocacy groups, researchers and others, we have decided to take additional time over the coming months to collect input and make improvements before releasing these critically important child safety features.

The statement is vague and doesn't say what kinds of changes Apple will make or even what kinds of advocacy groups and researchers it will collect input from. But given the backlash Apple has received from security researchers, privacy advocates, and customers concerned about privacy, it seems likely that Apple will try to address concerns about user privacy and the possibility that Apple could give governments broader access to customers' photos. 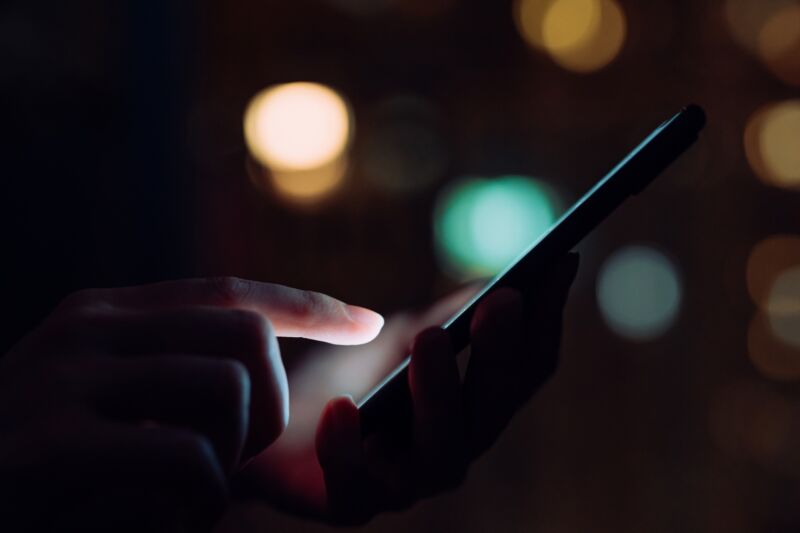 More than 90 policy groups from the US and around the world signed an open letter urging Apple to drop its plan to have Apple devices scan photos for child sexual abuse material (CSAM).

"The undersigned organizations committed to civil rights, human rights, and digital rights around the world are writing to urge Apple to abandon the plans it announced on 5 August 2021 to build surveillance capabilities into iPhones, iPads, and other Apple products," the letter to Apple CEO Tim Cook said today. "Though these capabilities are intended to protect children and to reduce the spread of child sexual abuse material (CSAM), we are concerned that they will be used to censor protected speech, threaten the privacy and security of people around the world, and have disastrous consequences for many children."

The Center for Democracy & Technology (CDT) announced the letter , with CDT Security & Surveillance Project Co-Director Sharon Bradford Franklin saying, "We can expect governments will take advantage of the surveillance capability Apple is building into iPhones, iPads, and computers. They will demand that Apple scan for and block images of human rights abuses, political protests, and other content that should be protected as free expression, which forms the backbone of a free and democratic society."