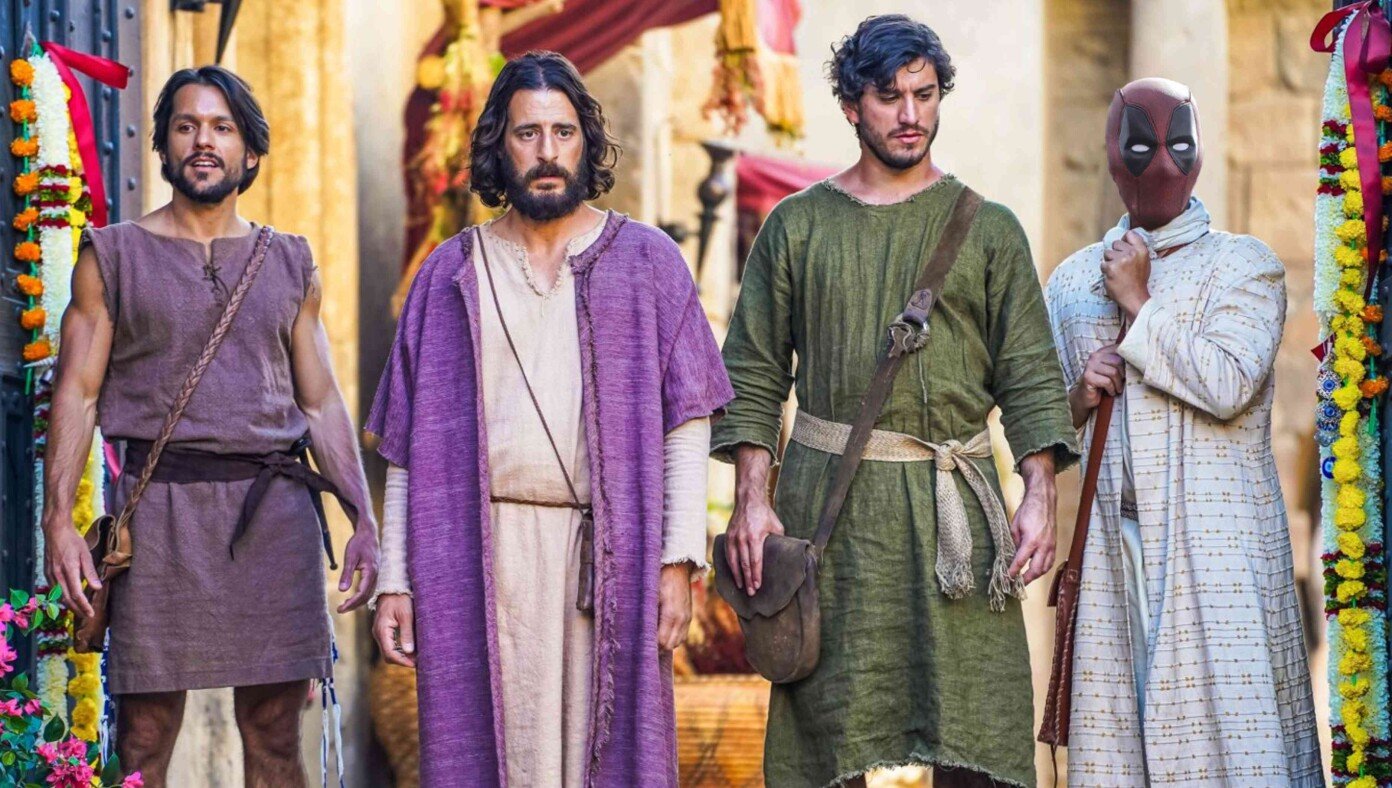 HURRICANE, UT — In a stunning announcement, Disney has revealed "The Chosen" will be incorporated into the Marvel Multiverse following a cameo appearance by Deadpool in the show's upcoming third season. 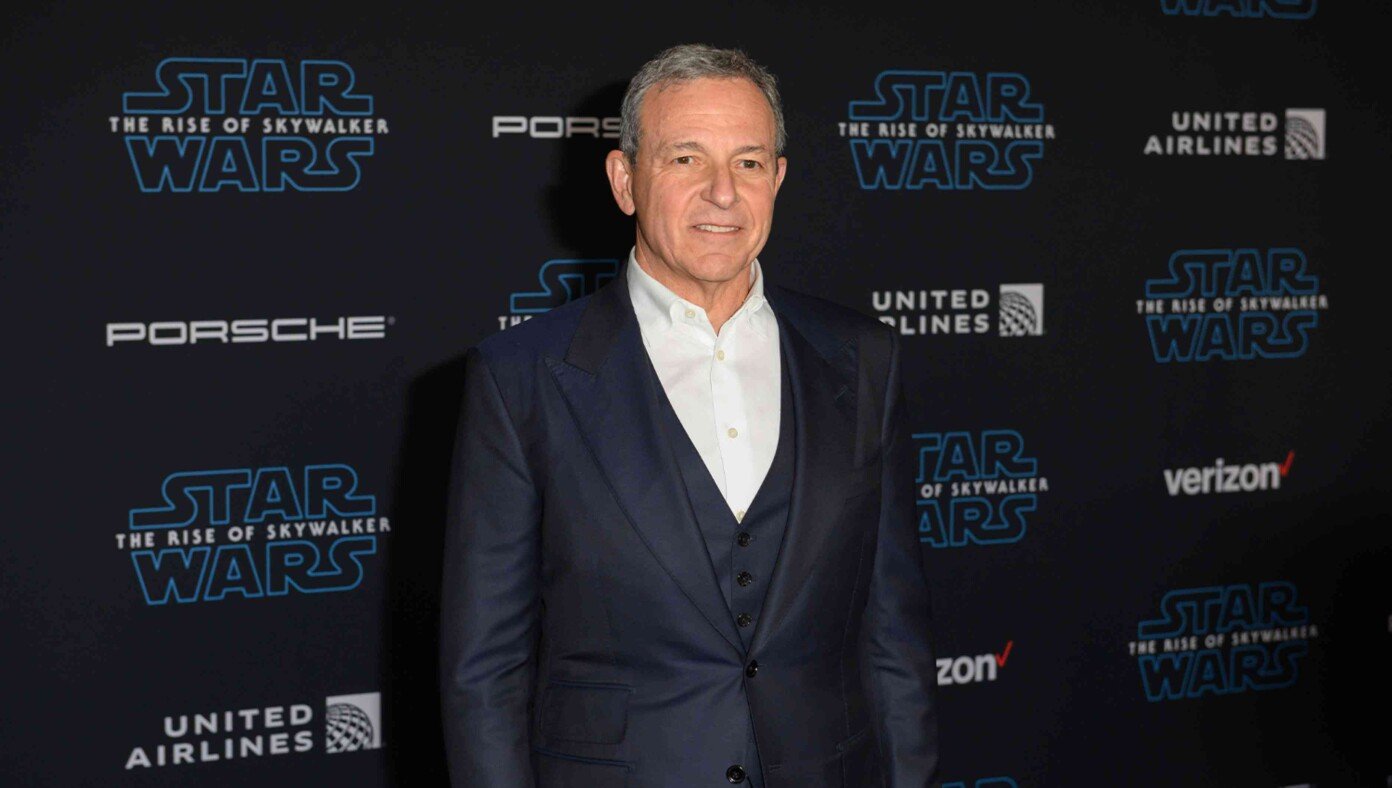 BURBANK, CA — As part of a new pledge to "quiet down" the company's aggressive push for progressive themes in its content, returning Disney CEO Bob Iger has revealed the entertainment giant will cut back to including only seven LGTB characters in each children's movie. 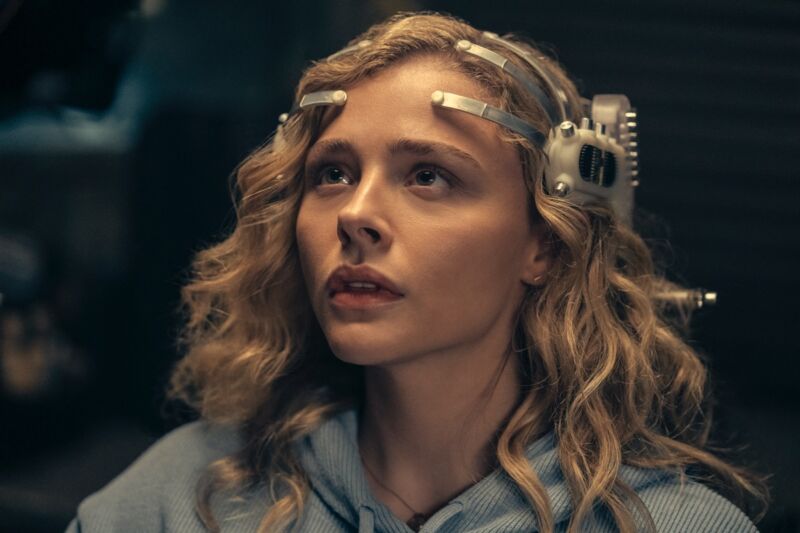 Enlarge / Chloë Grace Moretz stars as Flynne Fisher, a young woman who may or may not have witnessed a real murder. (credit: Prime Video)

Sci-fi legend William Gibson's 2014 densely layered novel The Peripheral ingeniously combines elements of noir murder mystery, time travel, and the author's trademark cyberpunk futurism. It's those features that make the novel so challenging to adapt for television, but Prime Video managed to pull off that feat with its new nine-episode series, The Peripheral , starring Chloë Grace Moretz.

(Minor spoilers below, but no major reveals.)

There are obviously some key divergences from the source material, as befits a TV adaptation. But as with Gibson's novel, there are two plot lines that eventually begin to converge in the series. The first arc takes place in our near-term future and is centered on a young woman named Flynne (Moretz). Flynne works at the local 3D-printing shop in a small town. Flynne's brother Burton (Jack Reynor) is a veteran of the US Marine Corps' elite Haptic Recon force and suffers from brain trauma resulting from his cybernetic implants. Burton works security for a video game/virtual world maintained by a company called Milagros Coldiron. Flynne sometimes substitutes for Burton, and one day, he asks her to try a new kind of headset that introduces her to a virtual reality so vivid, it seems like she's really there. The twist: She actually is "there," but "there" isn't where, or when, she thinks it is.

An adaptation of Octavia Butler's classic 1979 novel is coming to FX with Kindred .

Butler's novel is told from the first-person perspective of a young Black writer named Dana, who moves to Los Angeles with her husband Kevin in 1976. On her 26th birthday, Dana suddenly becomes dizzy, and the walls of their LA home fade away. She finds herself at the edge of a wood near a river and promptly rescues a young, red-haired boy named Rufus Weylin. Another dizzy spell quickly brings her back to her present, but the attacks keep coming, and soon Dana is being transported back and forth on a regular basis, for varying lengths of time. (Time passes more swiftly in the past, further complicating matters.) She quickly learns there are certain compromises she must make, and cruelties she must endure, in order to navigate the Antebellum South. Eventually Kevin finds himself transported back to the same time period, too, and must learn to navigate the Antebellum South as a white man.

Orlando Bloom and Cara Delevingne reprise their roles as Philo and Vignette in the second and final season of Carnival Row .

Carnival Row , Prime Video's lavish "Victorian neo-noir" fantasy series that premiered back in 2019, is coming back for one more season. (I called it "part murder mystery, part fairy tale, and 100 percent wholly original" in my review at the time.) The series was renewed for a second season even before the first season aired, but the pandemic delayed those plans. The streaming platform has now announced that the forthcoming second season, premiering in February, will be its last with the briefest of teasers.

(Spoilers for the first season below.)

As I wrote previously, Carnival Row is based on a feature film script by Travis Beacham ( Pacific Rim ), written when he was still in film school in North Carolina 17 years ago. He was working in the school library and found himself reading about everything from Celtic mythology to Jack the Ripper. All that fodder fed into a 10-page script for a short film about a constable in neo-Victorian London visiting a faerie brothel where a murder has taken place. His professor suggested the subject was better suited to a full-length feature. The finished script made the first Hollywood Black List in 2005 , an annual list of the "most liked" screenplays not yet produced. It took another 14 years to make it into production. Legendary Entertainment ultimately bought the script in 2015 and reimagined it as a series for Amazon Prime.

Daniel Craig (and his Southern drawl) returns as Benoit Blanc in Glass Onion: A Knives Out Mystery .

We've been eagerly awaiting director Rian Johnson's follow-up to 2019's delightful Knives Out , and now we have the final trailer for Glass Onion: A Knives Out Mystery . Daniel Craig and his Southern drawl are back and in better form than ever as quirky detective Benoit Blanc, and he has an equally colorful all-star ensemble cast of suspects.

As we've reported previously , Knives Out premiered at the Toronto International Film Festival and was an instant hit, and word of mouth spread quickly. The film ended up grossing $311 million worldwide—the top-grossing film in 2019 not based on existing IP. It was my favorite film of 2019. In my review , I praised Johnson's deft ability to mix dark subject matter with a lighter touch in his old-school classic whodunnit: "Think Clue meets Murder on the Orient Express —or any number of adaptations of novels by the grande dame of murder mysteries, Agatha Christie—both of which the director cited as influences via a 2019 Twitter thread of movie posters."

So naturally there was going to be a sequel... or two. Lionsgate originally took on the project, but in 2021 Netflix won a bidding war for the rights to the film plus a second sequel, beating out both Amazon and Apple with a whopping $469 million bid. Johnson wrote the script for Glass Onion during the pandemic, inspired particularly by the Christie-based "tropical getaway" whodunnit Evil Under the Sun (1982), as well as a 1973 film called The Last of Sheila —an underappreciated gem.

James Cameron's Avatar: The Way of Water has an official trailer.

Director James Cameron has spent more than a decade making the first of a planned four sequels to his 2009 blockbuster film Avatar. We got our first peek at the first of those sequels, Avatar: The Way of Water, in May with a brief, visually stunning teaser that showcased Cameron's undisputed skill at world-building. Yet despite enthusiasm for the visuals, the overall response was fairly muted. Perhaps more audience excitement for the upcoming film will emerge now that we have the full official trailer.

As we've reported previously , Cameron wrote a treatment for Avatar way back in 1994, and it was supposed to be the director's next big project after he wrapped his blockbuster Titanic . But Cameron realized the technology did not yet exist to make the film he envisioned. He spent several years working to develop what he needed, including a cutting-edge virtual camera system to direct the motion-capture scenes. (He compared it to "a big, powerful game engine.")

The finished film set new box office records upon its release; it was the highest-grossing film until Avengers: Endgame briefly took the top spot in 2019. (A March 2021 Chinese rerelease put Avatar back on top.) Critics were mostly positive, praising the technological achievements, although some pointed out that the storytelling suffered. Cameron also consulted with multiple scientists while designing the world of Pandora (a moon orbiting a gas giant exoplanet called Polyphemus in the Alpha Centauri A system). Avatar was nominated for nine Oscars, ultimately winning Best Art Direction, Best Cinematography, and Best Visual Effects.

Paul Rudd returns as Scott Lang in Ant-Man and the Wasp: Quantumania .

The Lang/van Dyne family embarks on an exciting new adventure in the subatomic realm in the first official trailer for Ant-Man and the Wasp: Quantumania . As we've reported previously , next month's release of Black Panther: Wakanda Forever will mark the end of Phase Four of what's officially being called The Multiverse Saga (encompassing Phases Four, Five, and Six). Quantumania will kick off Phase Five .

We saw some preview footage at both San Diego Comic-Con and D23, featuring a villainous version of Kang (Jonathan Majors), a time-traveling adversary of the multiverse first introduced as He Who Remains during the finale of the first season of Loki . (Majors has said that the Kang in the film is not the same as He Who Remains.) That footage also showed Scott Lang/Ant-Man (Paul Rudd) confronting Kang, who apparently was holding Scott's now-teenage daughter Cassie (Kathryn Newton) captive. Kang promised to release Cassie if Scott helped him retrieve something that has been stolen from him.

Otherwise, we know little about the film, except that the four main characters are returning. So is Randall Park as FBI agent Jimmy Woo, Scott's former parole officer, as well as Gregg Turkington as Scott's former Baskin-Robbins boss, Dale. Per the official premise:

The first time I saw the opening credits for The Lord of the Rings: The Rings of Power , I thought the patterns looked remarkably like so-called " Chladni figures ": vibrational patterns that form when one scatters sand on a vibrating plate. It seems I was not the only one. British science communicator and YouTube star Steve Mould got so many comments from viewers about the similarities that he decided to test that hypothesis—by re-creating the title sequence with his own vibration-generated patterns. He documents the journey, and the associated science, in the video above. The final re-created title sequence starts at the 10:55 mark.

The phenomenon is technically known as cymatics . In 1680, Robert Hooke experimented with running a bow along glass plates covered in flour to induce vibrations and noted the telltale nodal patterns that formed in the flour.  "A rigid plate will have a set of natural resonance frequencies just like a string, and when the plate is excited at one of these frequencies, it will form a standing wave with fixed nodes," University of North Carolina physicist Greg Gbur wrote back in 2013 .  "These nodes will form lines on the plate, in contrast to points on the string." The flour on the plate made those nodal lines visible.

The 18th century German physicist and musician Ernest Chladni perfected the method 100 years later when he repeated Hooke's pioneering experiments with circular plates, even demonstrating the effect before Napoleon. The various shapes or patterns created by resonance frequencies are known as "Chladni figures" in his honor. Chladni even came up with a mathematical formula to predict which patterns would form. The higher the rate of oscillation, the more complex those figures will be. Similar methods are still used when designing acoustic instruments: violins, guitars, and cellos, for example.