LudoNarraCon has returned with their continued focus on highlighting some fantastic narrative games. This time they teamed up with developer Popcannibal (Kind Words) to create a special game.

Cyrano is the name of the game included in the special LudoNarraCon Supporter Pack , which as a fun fact - was developed on Linux ! About Cyrano:

This one hour adaptation of the classic stage play, Cyrano de Bergerac , invites you to fight with blades and wits. Cyrano is the greatest swordsman and wordsmith in all of France. He also has the largest nose and the fiercest temper. He has stood alone against a hundred soldiers and can best the wits of any poet alive, but when he falls in love with Roxane, he is hopeless. How could she ever love such a ridiculous nose? 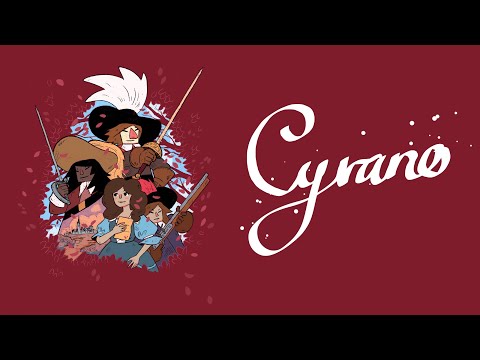 This special supporter pack also includes 36 tracks of music from the likes of Haven, Genesis Noir, Not for Broadcast, Teacup, Paradise Killer and many more and comes with WAV files. There's also 30 high quality wallpapers from various games and poster art from various LudoNarraCon events and other artworks. Proceeds from the supporter pack goes towards running LudoNarraCon.

Some of the games being showcased across the event include some interesting upcoming Linux titles like:

In addition there's a number of Linux games already out now either being showcased or on sale including:

Plus a good number more narrative games all worth checking out if you're after something to keep you going for the weekend and well into next week.

Ready to bring some friends together this weekend but still social distancing because of COVID-19? Valve have your back here with a big sale now on for games that work with Remote Play Together. This follows on from the big Steam Client update with the 'Invite Anyone' feature, along with the Steam Link app finally coming to Linux.

There's tons on sale so here's a good ten titles we can easily recommending checking out for Remote Play Together that all have Linux builds available:

As a reminder, with the new Invite Anyone system you can pull people into your hosted game that don't even have a Steam account. You just need to send them a link once you've loaded the game. Once your friend receives your link, they'll be invited to install and run the Steam Link app, if they don't already have it or the Steam desktop app installed that is.

Valve has announced today that the Steam Game Festival is now being renamed to Steam Next Fest , with the upcoming event happening on June 16.

About the renaming Valve press said "We're giving it a shiny new title to better reflect what the event is: A week-long celebration of upcoming games where players can chat with developers, watch livestreams, and play what's next on Steam!". Right now the event for June is open for developers to submit games up until April 14. Valve has confirmed that the Steam Next Fest will return for another round in October.

To be eligible to be included in the June event developers need to meet the following:

We always end up discovering a few gems during these events, especially since a big focus is for developers to actually put up demos so it gives us a chance to see a slice of what to expect. Are you hoping to see any game in particular get a demo?

Planned to happen online again during May 13-15, the Linux App Summit (LAS) is set to return giving you a chance to listen to talks about the future of application design, development and more for Linux. Last year had some pretty interesting talks, like Linux game porter and FNA developer Ethan Lee giving a presentation on how games get built and packages plus Collabora gave an overview of their work with Valve.

At LAS you can attend talks, panels, and Q&As on a wide range of topics covering everything. From creating, packaging, and distributing apps, to monetization within the Linux ecosystem, designing beautiful applications, and more - all delivered by the top experts in each field. You will acquire insights into how to reach users, build a community around your app, what toolkits and technologies make development easier, which platforms to aim for, and much more.

They're looking for more people to submit their talks which will be pre-recorded. They're after both regular 40 minute talks and "lightning" talks lasting 10 minutes. You have until March 15 to send them your proposal.

As for us end-users, attending is done online again and it's free but you do need to register if you want to get involved in some way (like asking questions and so on) but it will also be live on their YouTube Channel . Currently there's no talks noted on the schedule but we will let you know if anything fun pops up.

For more info on the Linux App Summit (LAS) see the official site .

Ready for a bunch more demos, livestreams and more? The Steam Game Festival: Summer Edition is set to return on June 16 and Valve are looking for developers to get involved.

Just like the previous events it's a multi-day thing running from June 16 until June 22. For us players, it's a chance to try out a slice of upcoming games that might interest us, for developers it's that all important exposure that's hard to come by these days and a good way to gather feedback too.

Going by the dates of the Steam Summer Sale, it might even lead directly into the next big Steam sale too with the sale last year beginning on June 25.

For developers who want to get their demo into the Steam Game Festival they have until April 14 to register and to be eligible here's the criteria ( source ):

Ready to try the next set of upcoming games on Steam? Wait no more, as the Steam Game Festival February 2021 edition is now live with plenty to take a look at.

The event features over 500 demos across multiple genres, plus developer-hosted livestreams and chats. Additionally this time around the event itself will have its own livestream show on the event page and Twitch for the first day featuring a select group of demos.

We'll be gradually going over the list and pointing out / capturing footage of a few that stand out. For now, here's a few that look delightful that offer up a Linux demo for the event:

There's absolutely loads more coming to Linux, a fair amount just don't have a demo (either for Linux or at all). Those are just a bunch that immediately stand out to me and as always it's quite subjective whenever we do a list to tastes. Be sure to give your recommendations in the comments.

It's still a shame that having a demo is no longer a sure thing but it's nice to see them used like this too, as it's a fun bit of marketing for developers and gives us a chance to test and find out about new games we weren't aware of before.  The whole event runs until Tuesday, February 9 at 10AM PST / 6PM UTC.

See the event page here and you can find the entire list of demos available on Steam any time here .

Ready for another huge Steam Festival? It shall be returning with the Steam Game Festival, February 2021 edition. Plus there's a fresh Steam Beta that Linux users will want to try out.

For the Steam Game Festival it goes live on February 3 at 10AM PT / 6PM UTC. Much like the previous festivals, it's all about giving developers a chance to showcase their upcoming games. There's going to be tons of demos across various genres for you to try, plus there will also be livestreams where developers will talk about various topics surrounding their games from development to live gameplay. 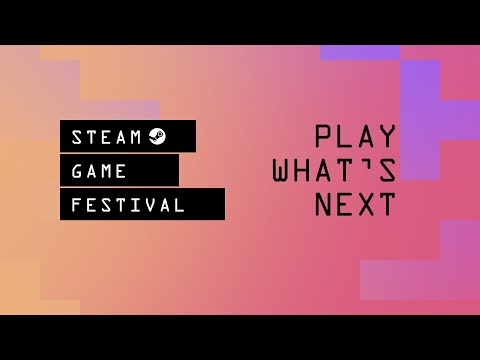 As usual, we shall be going over to find all the Linux demos worth taking a look at so be sure to come back to GamingOnLinux on February 3 to see what we liked.

Now onto something related: there's a fresh Steam Client Beta available as of January 30 which polishes up the shader cache and processing system on Steam. This is the feature that is supposed to make games smoother, so it's worth giving it another go. Here's the changelog :

Tomorrow, January 23 there's going to be an online GodotCon that's going live on YouTube. This is a chance for anyone interested to learn more about the free and open source game engine Godot Engine.

Interestingly, it won't be live. The talks are pre-recorded according to the announcement. However, to help with that and so you can chat with the Godot team and other users and developers using Godot, the team has now set up their own dedicated social chat area using Rocket.chat.

Schedules available as a PDF and Google Sheet . Looking over it, some of the talks are quite exciting! Lead developer Juan Linietsky for example, will be giving a talk on the new rendering coming with Vulkan in Godot 4.

It's happening between 8:45 UTC to 16:00 UTC. You can watch it right here! The livestream is embed below: 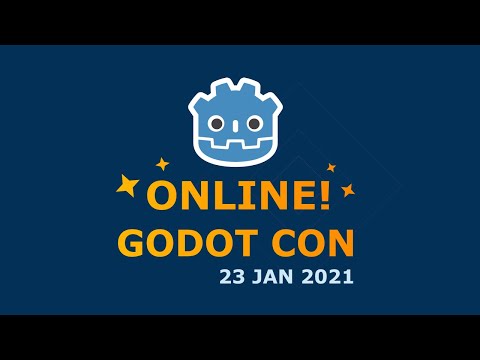