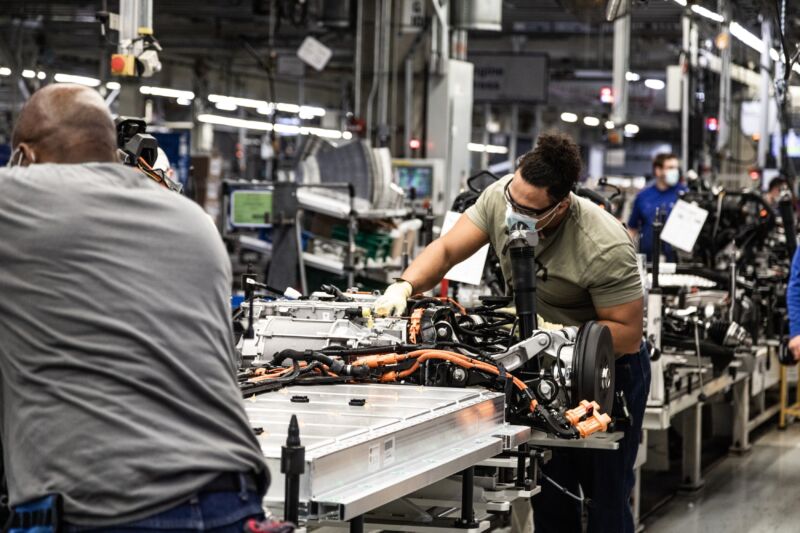 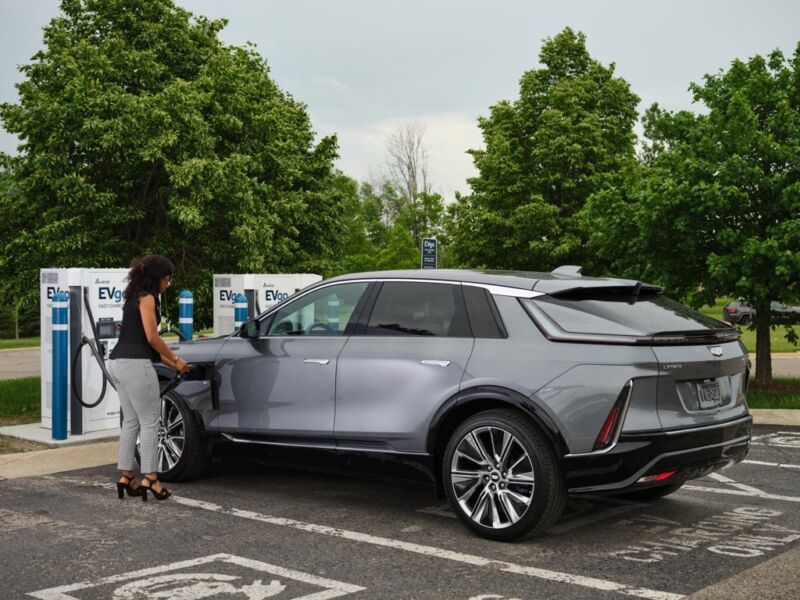 Enlarge / The Cadillac Lyriq is one of a new range of EVs built by General Motors using a new common battery and motor platform. (credit: General Motors)

General Motors is in the process of transforming itself into an electrified automaker, as entire brands like Cadillac and Hummer switch their lineups to entirely electric vehicles. To help the process of EV adoption, the automaker is also investing in charging infrastructure around the country. On Thursday, it announced that it is working with the Pilot Company to install 2,000 DC fast chargers at Pilot and Flying J travel centers around the US.

The chargers will be operated by EVgo, which has already partnered with GM on a fast charger expansion program— initially 2,700 and now 3,250—to be completed by 2025.

The travel centers should have at least four charging machines each—GM and Pilot say that in total, they intend to place 2,000 chargers at up to 500 locations. And the companies say that many of the installations will have canopies to shield EV drivers from the elements and will be designed to work with EVs towing trailers. 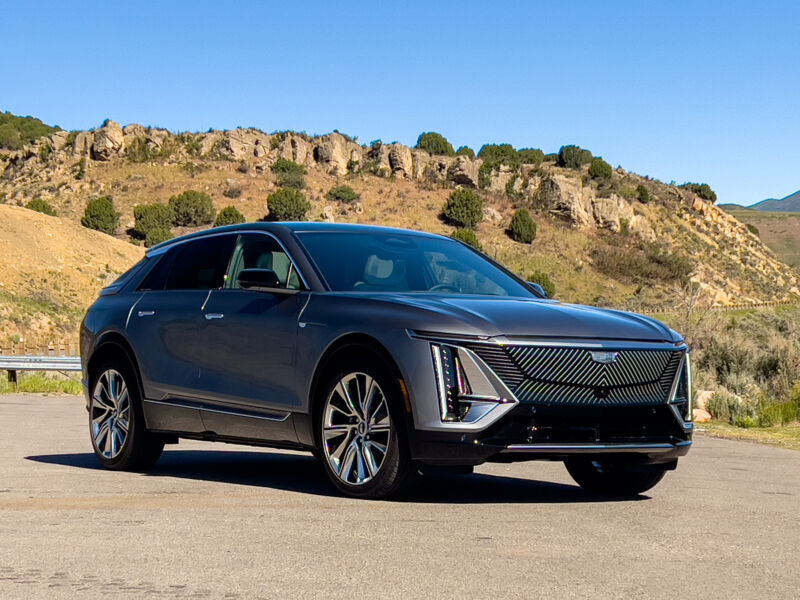 Enlarge / The Cadillac Lyriq is the first expression of the classic American luxury brand's future as an electric automaker. (credit: Jonathan Gitlin)

Cadillac provided flights from DC to Salt Lake City and back, plus a night in a hotel so we could drive the Lyriq. Ars does not accept paid editorial content.

PARK CITY, UTAH—They say—accurately, in my opinion—that nothing focuses the mind like a deadline. I'm not sure what the amplification factor is when that deadline suddenly shrinks by nine months, as was the case for Cadillac's new Lyriq, but the result is an extremely competent new battery-electric SUV.

As we've covered in the past , General Motors is at the start of an electrification plan that it hopes will mean no more tailpipe emissions from any of the group's vehicles by 2035. The key to that is a family of batteries and electric motors (named Ultium) to be used across everything from big body-on-frame trucks to small crossovers . We've actually sampled a couple of early Ultium-based BEVs already—the bombastic Hummer EV truck and BrightDrop Zevo 600 delivery van . Both of those are rather niche applications, but the Lyriq is much more mainstream, given America's love for the SUV.

At launch, the Lyriq is available in a single-motor, rear-wheel-drive configuration, with a twin-motor, all-wheel-drive version coming early in 2023. The RWD Lyriq uses a 340 hp (255 kW), 325 lb-ft (440 Nm) version of the Ultium Drive motor, which is powered by a 102 kWh lithium-ion battery pack. 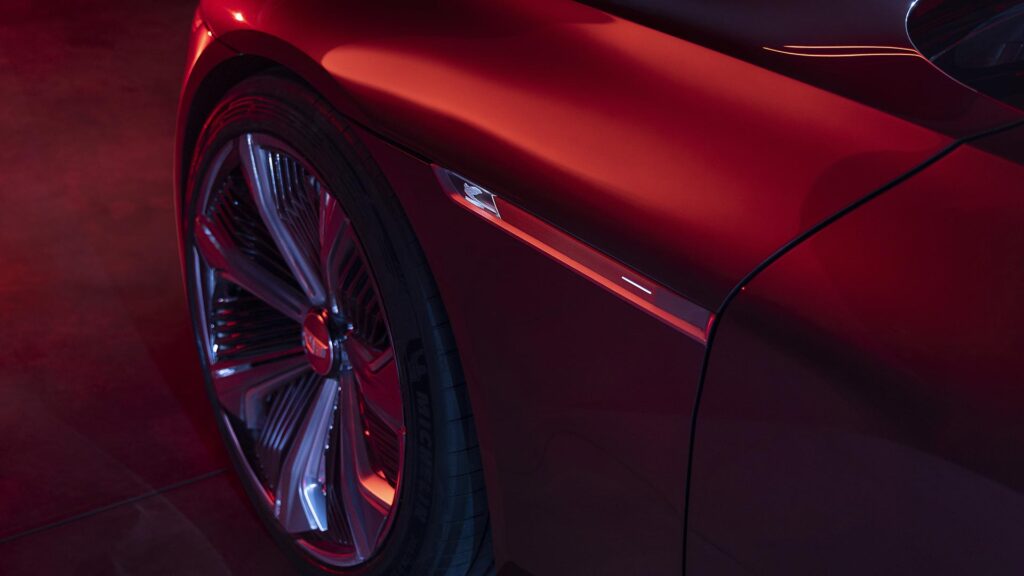 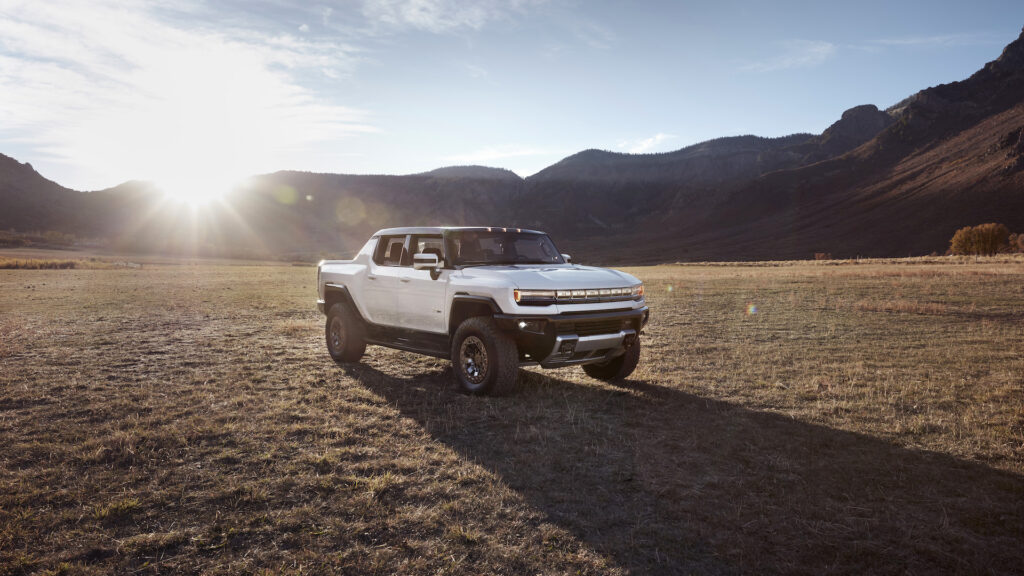 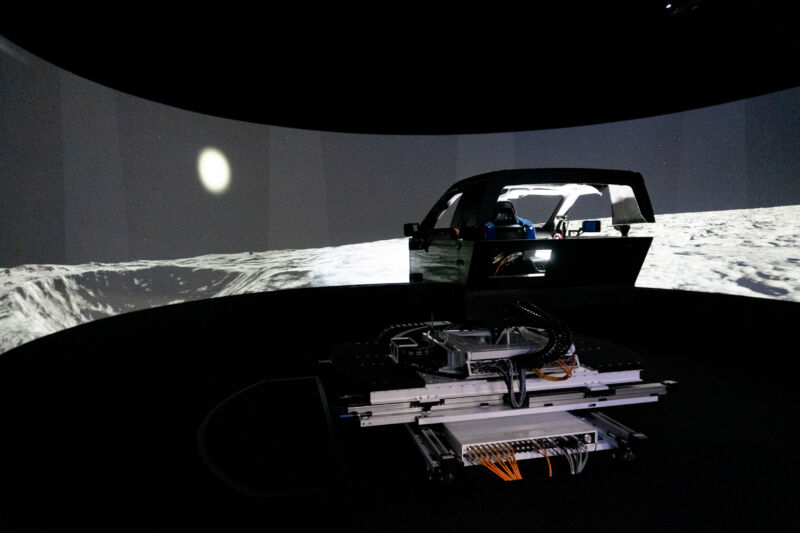 General Motors provided a flight from San Francisco to Detroit and back, plus a night in hotel so we could drive the Lunar Vehicle at GM's simulator. Ars does not accept paid editorial content.

MILFORD, MICH.—Over the radio, I've been instructed not to drive into the large crater near the south pole of the Moon. I had been circling the crest looking for a way in and as soon as mission control realized what I was about to do, it vetoed my heading. I turned away from the impact site and drove towards a hazy sun off in the distance determined to hit at least 25 km/h while battling the awkward effects of gravity one-sixth that of Earth.

General Motors and its partner Lockheed Martin are building a lunar rover without a NASA contract. They want to fly this vehicle to the Moon in support of the Artemis mission, because we're going back to the Moon to drive and GM wants to be there first. 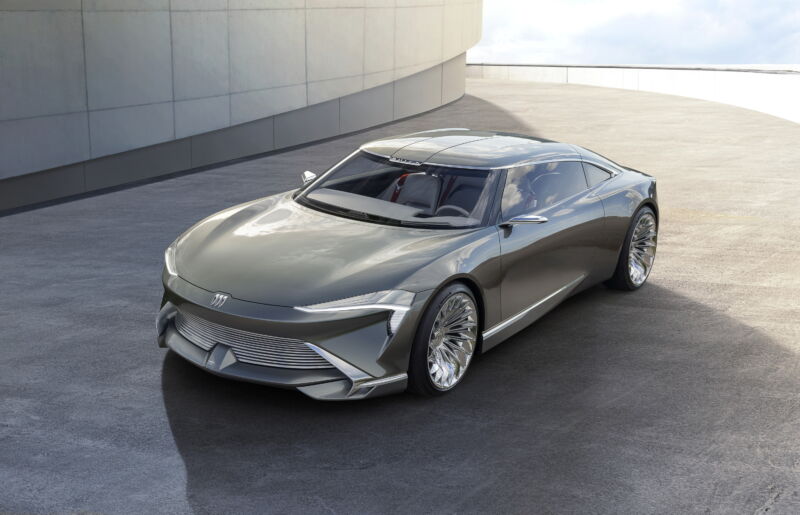 Enlarge / This Buick Wildcat EV concept is not destined for production, but it is supposed to tell us something about how future Buick Electra EVs might look. Just squint and imagine it's an SUV. (credit: Buick)

Good news, Buick fans. Rather than suffer the fate of former General Motors brands like Pontiac, Saturn, Oldsmobile (as well as Holden, Saab, Daewoo, etc), Buick is getting a revamp as it prepares for an all-EV lineup by 2030. These new Buick EVs will sport a famous name from Buick's past as the brand revives the Electra name.

The first Buick Electra EV is due in 2024, and other than the fact that it will use GM's family of Ultium batteries and drive motors, it's not sharing too many specifics. But it has unveiled a new concept called the Wildcat EV that it says shows the brand's new body language, including a low-mounted grille, turbine-look wheels, and tick-shaped light elements at the front and rear.

"The Wildcat EV concept represents the real design future for the brand," said Global Buick and GMC Design Executive Director Sharon Gauci. "Buick has always been forward-looking and this expression is a glimpse of where we’re going, and the optimism we have for the limitless possibilities of an electric future." 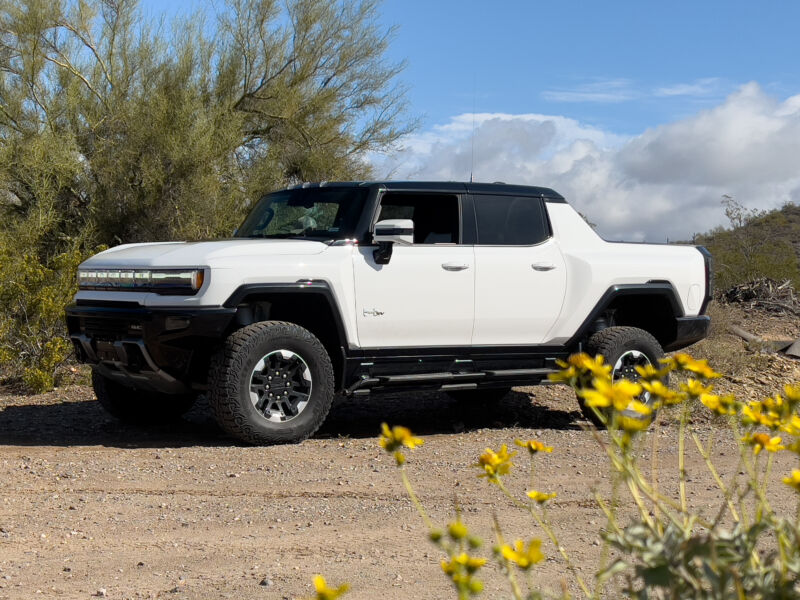 GMC provided two nights in a hotel and a flight from Washington, DC, to Phoenix and back so we could drive the new Hummer EV. Ars does not accept paid editorial content.

PLEASANT VALLEY, Ariz.—The headline figures verge on the ridiculous: a thousand horsepower. A curb weight so heavy that you'd need a special license to drive it in some countries. A lithium-ion battery that's almost twice the capacity of anything else on the road. A zero to 60 mph time of just three seconds. And despite the worst efficiency of any electric vehicle we've driven to date, it still has more than 300 miles of range.

If all that sounds like overkill to you, or if you already think EVs are a good idea, you are not the target audience for GMC's new Hummer EV.

Instead, GMC is positioning the Hummer EV as "an all-electric super truck with zero emissions and zero limits" (except perhaps a road's weight rating). It's meant to convert the electro-curious over from gasoline or diesel to electrons. So think "off-road recreation Rivian R1T rival" rather than "blue-collar Ford F-150 Lightning fighter."