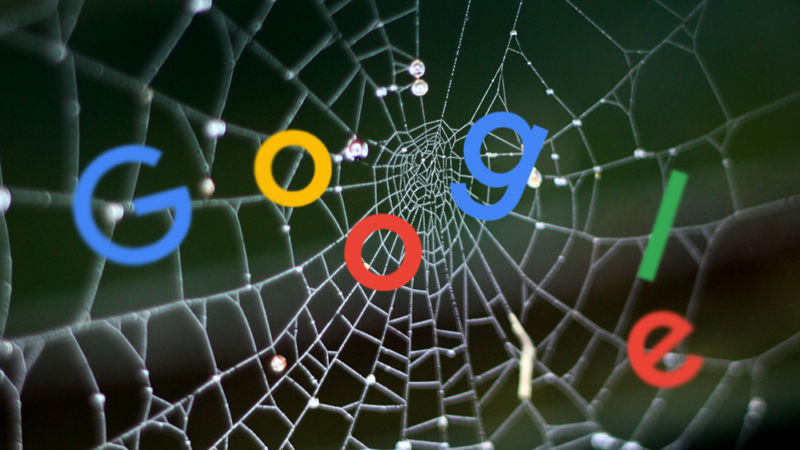 Google is facing turbulent times due to CEO Sundar Pichai's decision to cut costs across the company. We first got word of this belt-tightening in August , and since then, we've seen the " Area 120 " incubation lab get cut in half, a spinoff of what was left of Project Loon, the death of the Pixel laptop division , and the dramatic shutdown of Google Stadia . A new report from The Information details more changes Pichai's budget cuts are having across the company, with some divisions surviving and others getting ominous resource cuts. There's plenty to go over.

First, we have news that the hardware division, other than losing laptops, seems mostly safe. Google's biggest Android partner, Samsung, is in decline in many established markets, and Apple is hitting an all-time high in US market share last quarter. The report says Google views Apple as more of a problem than it has in the past, thanks to worries that regulators might shut down the usual multi-billion-dollar Google/Apple agreement to put Google Search on iPhones. If iPhones stop showing Google ads, the rise of Apple and fall of Samsung is one of the few things that could actually be a major problem for Google's revenue.

According to the report, Google views itself as the solution to this problem. As a hedge against what the report calls the "further decline" of Samsung, Google is "doubling down" on its investment in Pixel hardware. Google is apparently doing this by "moving product development and software engineering staff working on features for non-Google hardware to work on Google-branded devices." The goal here is to not spend more money, so Google is apparently sacrificing partner devices to focus on the Pixel division. (Making your business a Google partner just seems like you're asking for trouble , doesn't it?) 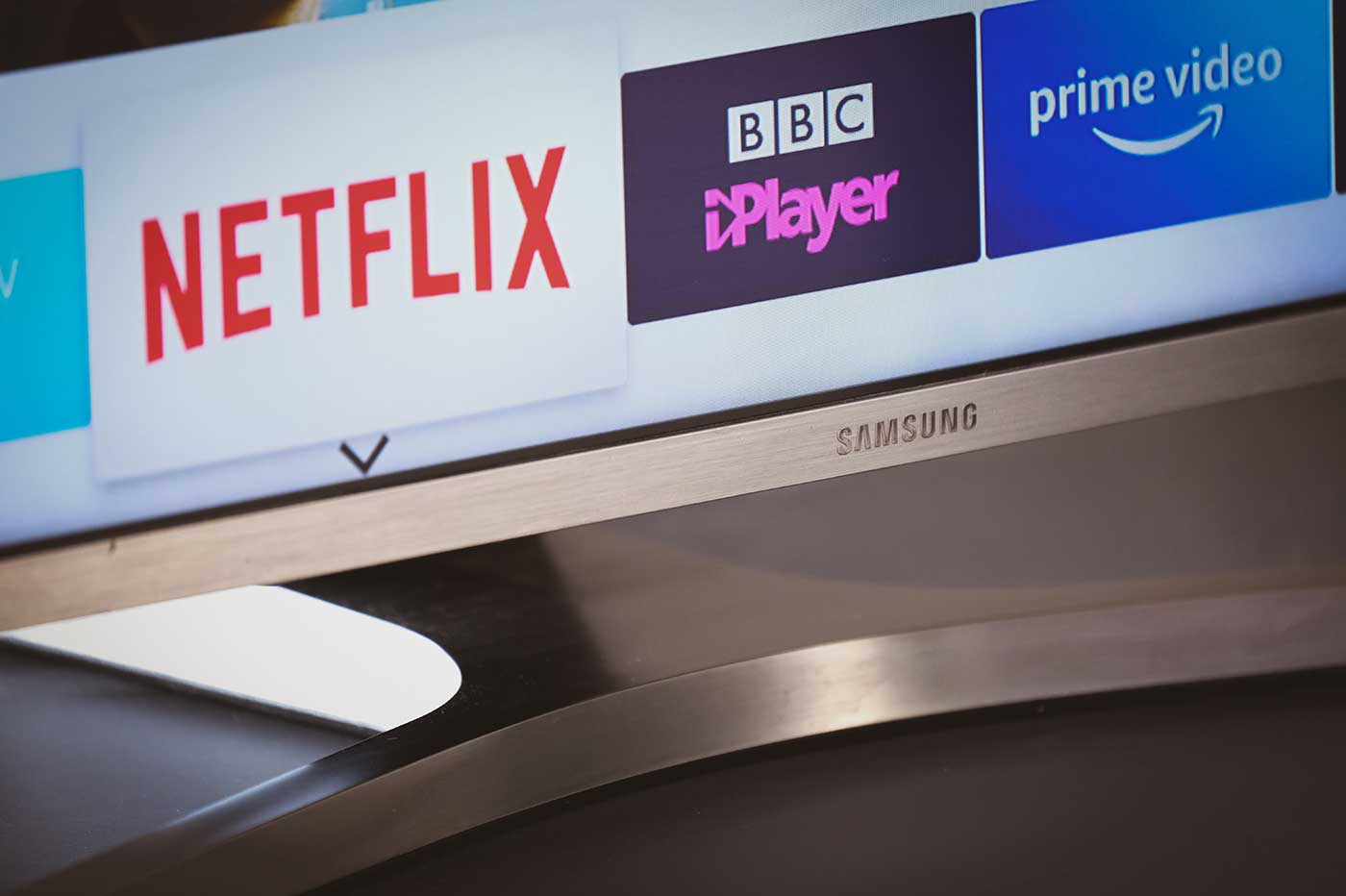 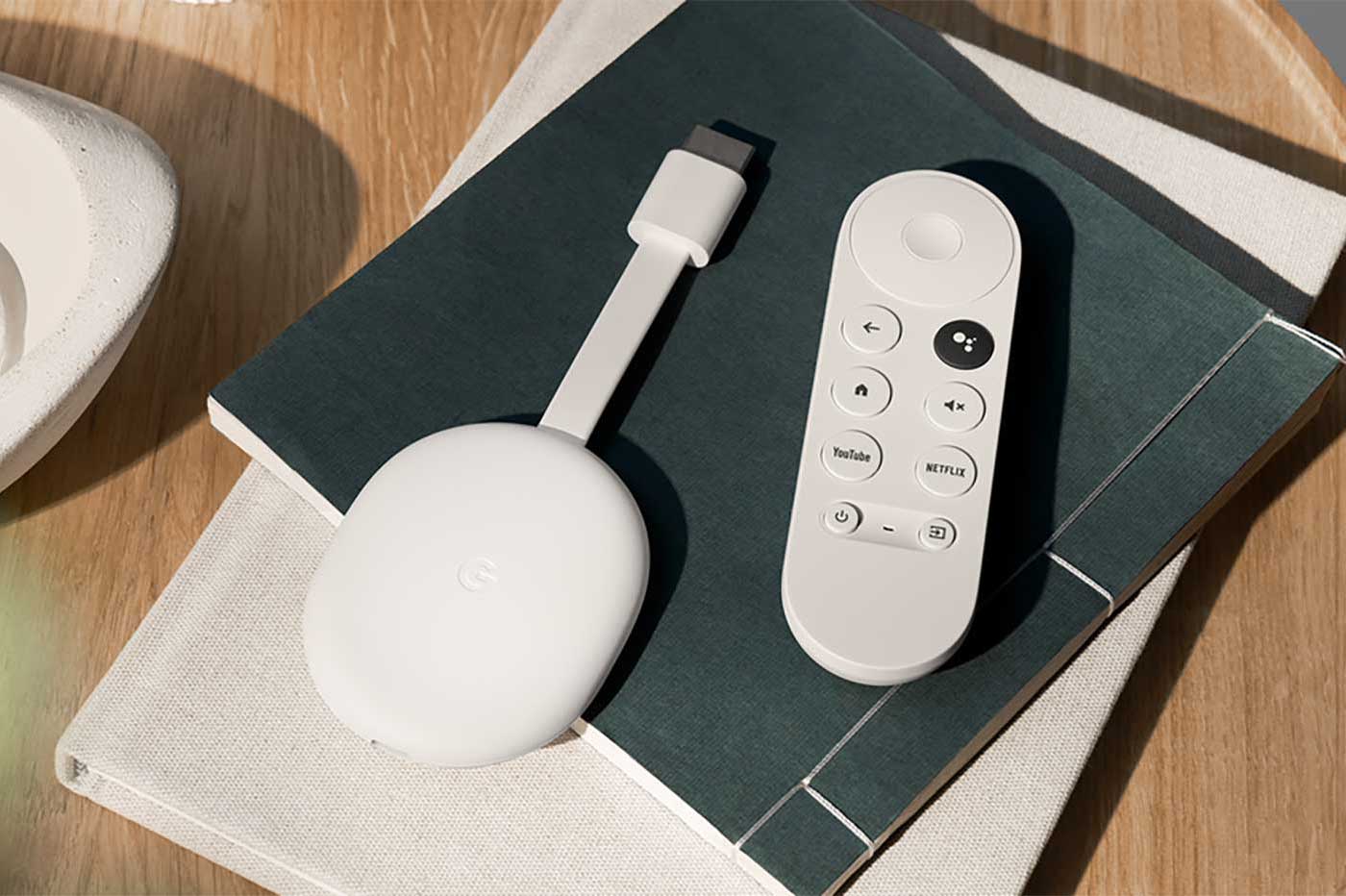 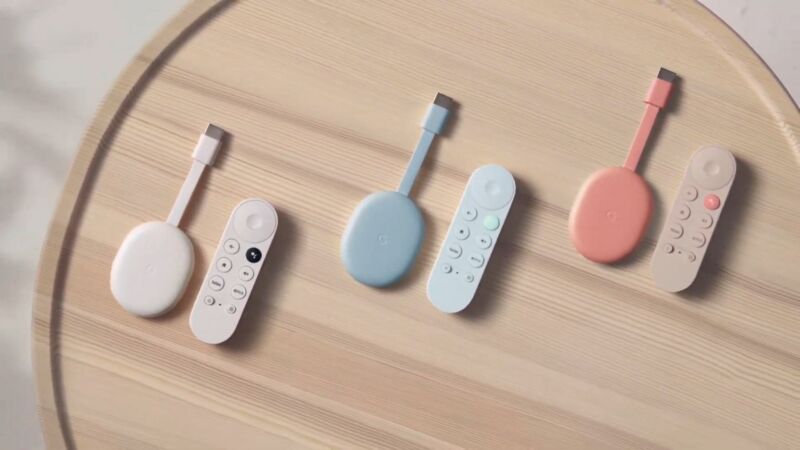 Enlarge / The $50 Chromecast with Google TV. It comes in colors. (credit: Google )

The base-model $30 Chromecast is 4 years old at this point, so it's probably time for an upgrade. The usually reliable WinFuture has gotten wind that a new Chromecast launch should be happening any day, saying that a new device is already landing in dealer inventory systems.

The report says that the "Google G454V," which hit the Federal Communications Commission a few months ago, is a 1080p streaming device that runs Google TV. In Europe, the device has a price of "around 40 euro" which would slot it in below the existing "Chromecast with Google TV," which is 69.99 euro.

A new Chromecast makes a ton of sense. Besides being pretty old for a piece of technology, Google upended the Chromecast formula when it launched the high-end, 4K " Chromecast with Google TV " in 2020. The Chromecast changed from a dead-simple, zero-interface media receiver to having a full-blown TV OS with a remote control, an app store, and onboard storage. With that big shift came a change in operating systems: "Google TV" means it's running Android, while the current entry-level Chromecast runs the cast OS.

We can talk about the new thing first: The Google TV app is out on iOS. On Android, the app is part media store, part content-aggregation guide. You might have noticed that there are a lot of streaming services. Google TV is sort of a modern-day TV guide, letting you know what shows are playing on which apps, and that function is making the jump to iOS. Google says iOS users can "take your library on the go" but only for "movies and shows you have previously rented or purchased with your Google account." So it sounds like the store part of Google TV is not making the cut. If you have to run the Android TV or Google TV operating systems on your TV, you can also now use your iOS device as a remote control.

Google also finally went ahead with its plan to strip video purchases from the Play Store this week, making Google TV (well, and YouTube, I guess) the primary way to buy video content from Google on Android. Google Play was originally envisioned as an all-encompassing media empire, covering the Google Play Music, Google Play Magazines/Newsstand, Google Play Movies & TV, and Google Play Books, all sold inside the Google Play Store. The Play Store ships as the default app store on all of the world's 3 billion Android devices ("Android" is a registered trademark of Google and does not include forks). Lining Google's highly trafficked app store with a slew of media content stores seemed (and still seems) like a solid strategy.

Enlarge / The Chromecast with Google TV. It comes in colors. (credit: Google )

9to5Google reports that Google is prepping a sequel to the Google Chromecast with Google TV. Last year, Google changed the high end of the Chromecast line from a dead-simple, streaming-only video device to a full-blown Android streamer with installable apps, a navigable UI, and a physical remote. The move was effectively a merger of Google's two TV products, the Chromecast and Android TV, with the revamped, Android TV-based software being rebranded "Google TV."

9to5Google says the next-generation version of the device is codenamed "Boreal" and was spotted in some documentation next to " Sabrina ," the code name for the current Chromecast with Google TV (which 9to5Google was also the first to discover). The report doesn't have any details about what we can expect from the new Chromecast, but the current device has some glaring shortcomings that will hopefully be fixed.

The biggest problem with the current Chromecast? You really have to wonder if it was actually designed from the ground up to run Android. The device has a measly 8GB of storage for the entire OS and all your apps and updates. Even $100 Android phones have 64GB of storage now, and 8GB isn't enough for even light app usage. Some Android games are exceeding 10GB these days, so you can't install them on the new Chromecast, even before half the storage is reserved for the base OS. 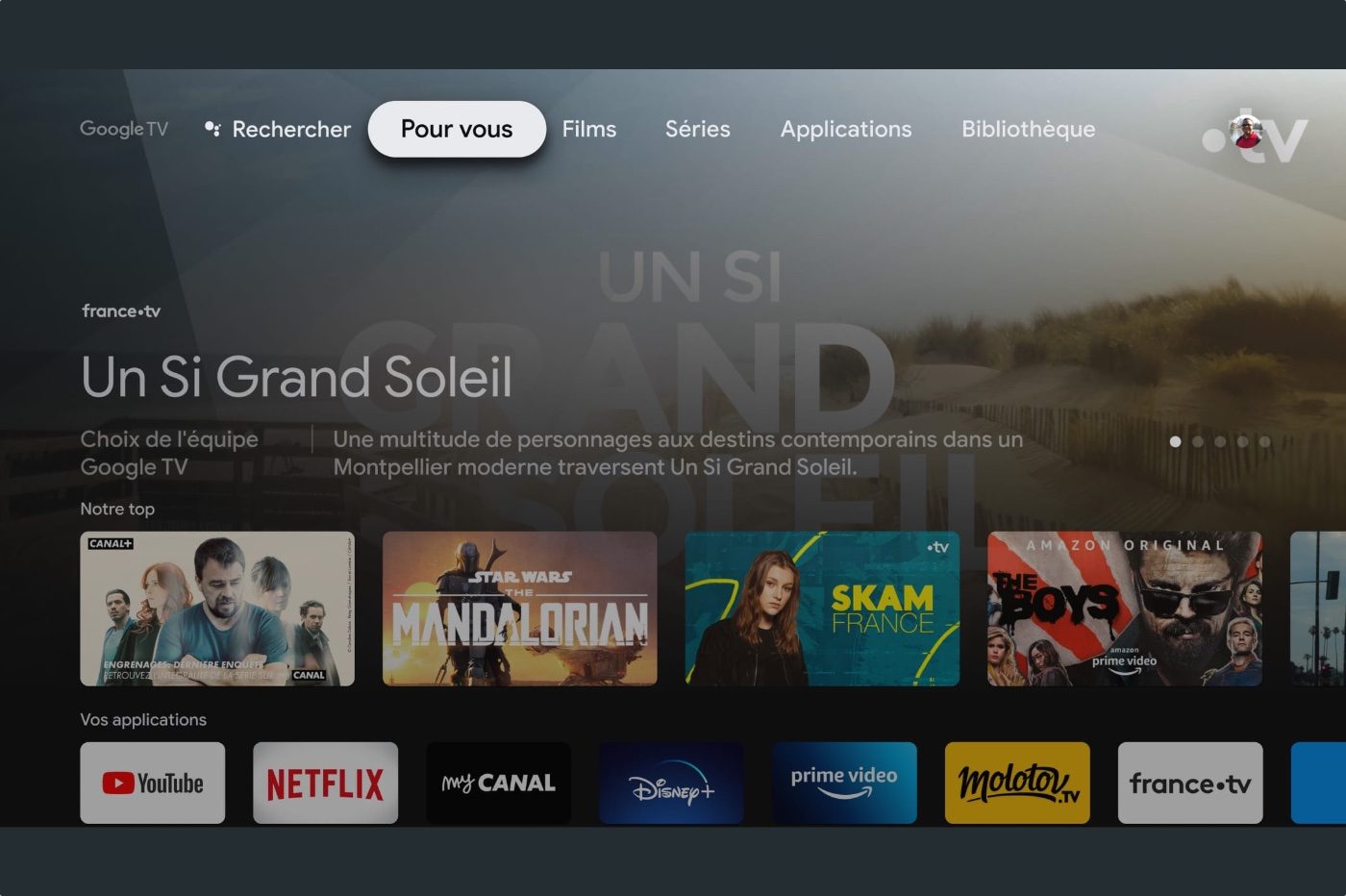 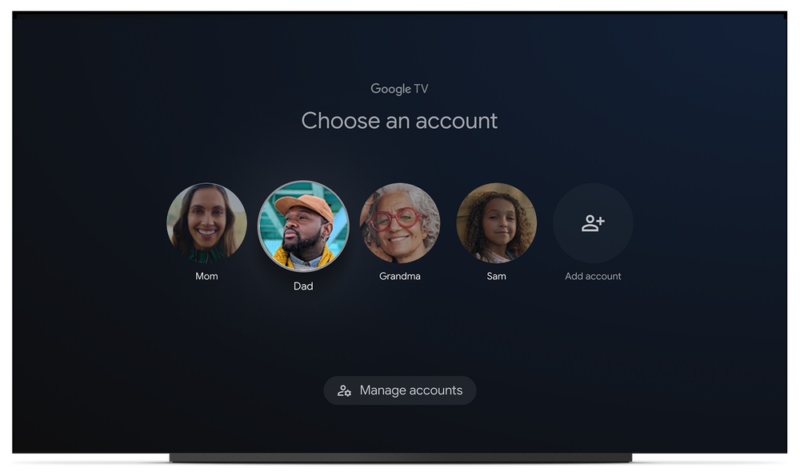 After launching in October of last year, Google TV is finally getting one of its most requested features: multi-user profile support .

Google TV is a revamp and rebranding of Google's Android TV OS. It's not clear if there are any hard rules, but the Android TV branding seems to stop at version 9 for commercial devices, and for Android 10-and-up-based set-top boxes and smart TVs, the operating system is called "Google TV."

Google TV's flagship feature is the new home screen, which is designed around a content-recommendation engine. Instead of the usual grid of streaming app icons, Google TV displays the shows themselves on the home screen, prioritizing what matters—the content—and deprioritizing which service it comes from. The problem with Google TV's recommendation approach is that the system has gone a full year without profile support, so every user of the TV affects the single list of recommended content.