It's only been a few weeks since the first official trailer for the long-awaited Super Mario Bros. animated movie introduced Chris Pratt's somewhat distracting voice for Mario . The movie's second trailer , released today during a Nintendo Direct presentation Tuesday evening, focuses more on supporting characters and a good-versus-evil battle across the wide-ranging Mario universe.

The trailer leads off with Mario entering a massive coliseum and muttering a somber, breathy "let's-a-go" unlike anything ever heard in a Mario game. He then launches headlong into a battle with Donkey Kong, who casually grabs the plumber by the head and slams him to the ground for a series of slapstick, Smash Bros. -style slaps.

Donkey Kong creator Shigeru Miyamoto notes that Donkey Kong's design here has been altered for the first time since the ape's appearance in Donkey Kong Country back in 1994. The new design, which looks a little more rounded and friendlier than usual, is intended to be "reminiscent of the original character," Miyamoto said. 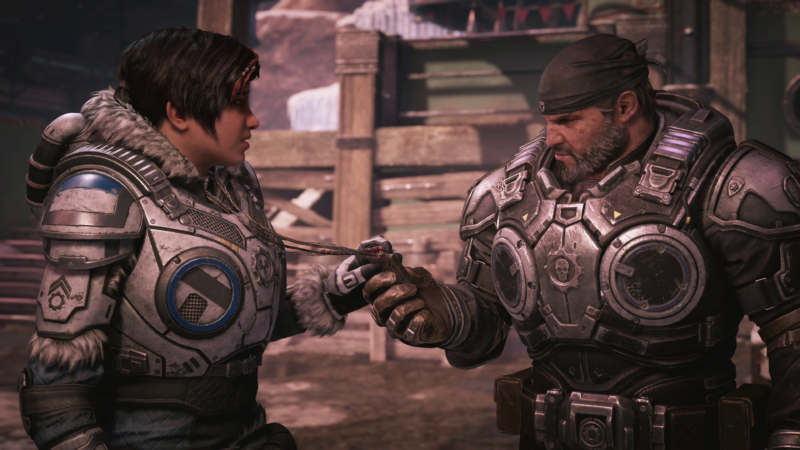 Gears of War , one of the video games that helped make both Epic Games and Xbox what they are today, will become a movie after a decade and a half of false starts, according to The Hollywood Reporter .

The franchise will be picked up by Netflix, which plans both a live-action feature film and an animated TV series. If those are well-received by viewers, it could be just the beginning for the franchise on Netflix.

The first Gears of War game was released 16 years ago this Monday—on November 7, 2006. Since then, it has received four direct sequels up through 2019's Gears 5, as well as a handful of spinoffs like 2020's Gears Tactics .

When my 8-year-old daughter got home from school on Thursday, I was excited to show her the first trailer for the upcoming animated The Super Mario Bros. Movie . And while she would later express excitement at the sight of Bowser battling an army of penguins or Mario being confused about a field of giant mushrooms, her immediate reaction after watching the trailer was more negative:

This is not an uncommon reaction to the first public line-reading for the Chris Pratt-voiced Mario , judging by the overall tone of social media in the last 24 hours. It's a reaction that seems to extend past the Internet snark zone, too; at least two parents I know in real life have told me that their kids expressed similar confusion about Mario's movie voice.

The controversial yet memorable 1984 film adaptation of Frank Herbert's seminal 1965 science fiction novel Dune will be released in 4K and HDR for the first time on August 31, thanks to a new 4K UltraHD Blu-ray set from distributor Arrow Films.

According to Arrow Films , the upcoming release was mastered from the original camera negative in 4K and Dolby Vision HDR, though playback in the HDR-10 format is also supported. The set offers two audio options: uncompressed stereo and DTS-HD 5.1 surround sound.

There's one thing genre cinephiles might be hoping for that they won't get here, though: commentary from filmmaker David Lynch, who directed the film and became famous for later works like Twin Peaks and Blue Velvet . Those familiar with the film's history won't be surprised by that omission though; Lynch disowned Dune when it was released, saying that it did not represent his creative vision due to interference from the studio.

You've probably never heard of the underground film industry in Columbia, South Carolina—which is understandable, since it has only produced three films in the last 10 years or so. Two of those films are by producer/director/person-with-a-dream Christopher Bickel, who finished his sophomore full-length movie effort Bad Girls just this month.

Bad Girls is an over-the-top grindhouse jam, packed full of sex, drugs, loud music, and ultraviolent action. The movie was shot on a budget of $16,000—approximately one-tenth the amount that Troma (probably the best-known ridiculously low-budget production company) spent making its first film in 1979.

The microscopic budget makes it almost impossible for Bad Girls to avoid the Dancing Bear trope —but despite the movie's lack of funds and semi-amateur cast and crew, Bad Girls delivers a thoroughly watchable experience to its target audience. 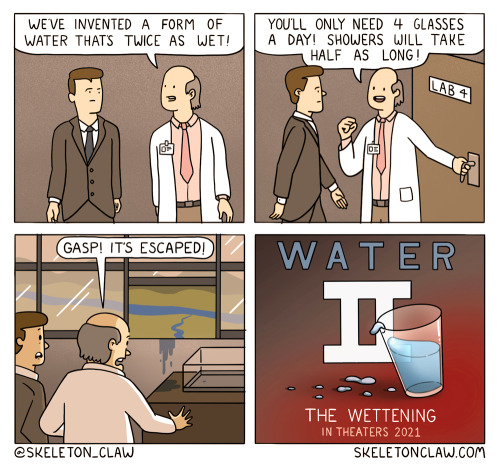 Get Yourself Something Nice 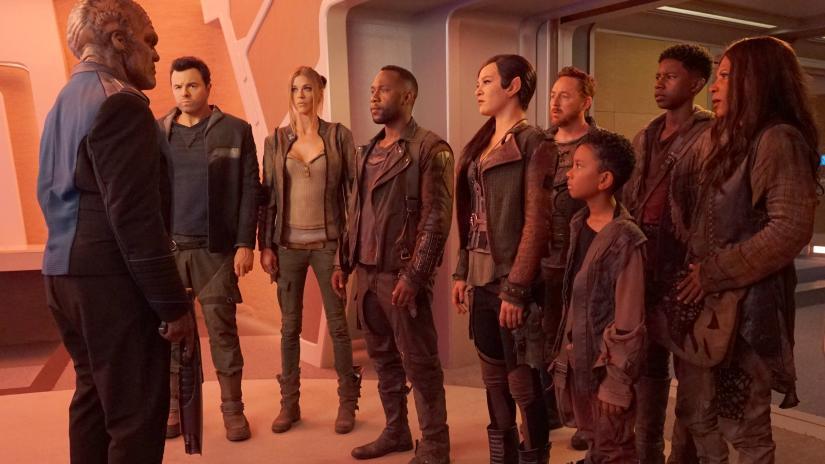 Orville creator Seth MacFarlane announced during San Diego Comic-Con 2019 that the show will be moving to Hulu for Season 3. That’s right. The Orville is no longer a Fox show. It is now a Hulu original. With Hulu itself being exclusively owned by Disney, just as the show’s former network home of Fox, the shoe apparently fits.

Here is everything else we know about The Orville season 3.
The Orville Season 3 Release Date

As Seth MacFarlane said of the move to Hulu: