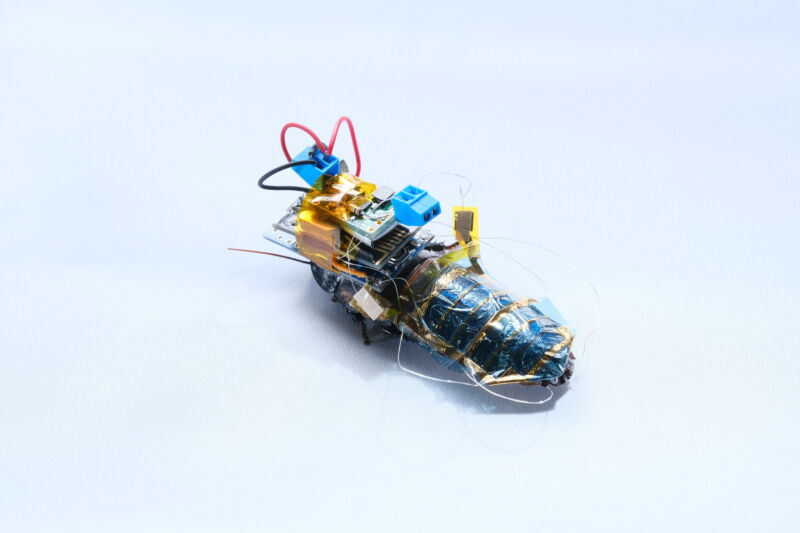 Have you ever thought you’d be seeing a cyborg cockroach that runs on solar power and carries a backpack that looks like an electric circuit? A team of researchers at Japan’s RIKEN research institute has turned a regular Madagascar hissing cockroach into a real cyborg insect by connecting a lithium battery, a solar cell, multiple wires, and a tiny electronic circuit. The cyborg can be controlled using Bluetooth signals, and the researchers suggest that, in the future, such robo-bugs could be employed for search-and-rescue missions.

The researchers refer to their cyborg as an insect-computer hybrid system, and it incorporates a living insect as a platform and a mini-electronic system as its controller. Basically, it’s a biobot that can be controlled like a robot, but it has the power to explore and navigate a complex environment with the proficiency of an insect. The researchers claim that insect cyborgs could even beat traditional soft robots when it comes to usefully navigating the real world.

Keeping the body shape of the 6-cm-long cockroach in mind, the researchers designed a polymer backpack that could carry all the electronic equipment without disturbing the insect when it moved. The backpack carried an electronic controller, a lithium battery, and multiple wires. Each wire was connected to the controller on one side and to different legs of the cockroach on the other. 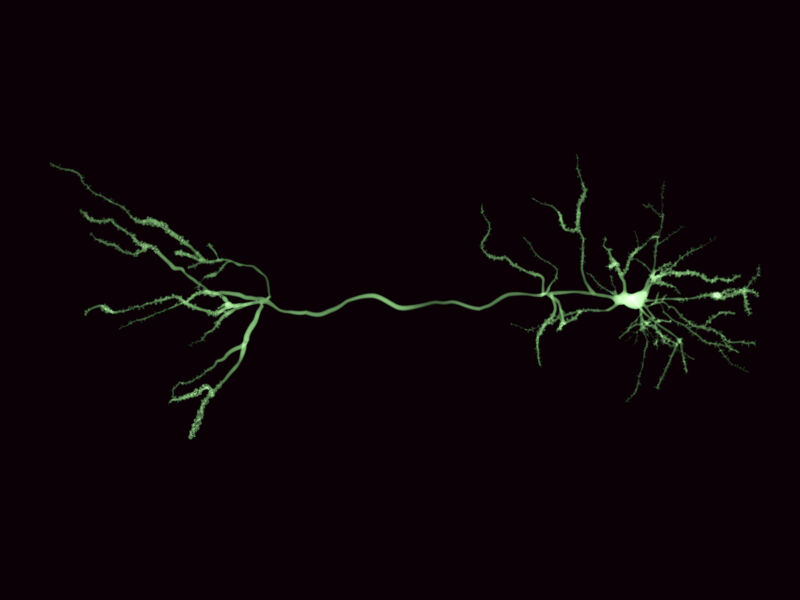 Enlarge / In culture, nerve cells spontaneously form the structures needed to communicate with each other. (credit: JUAN GAERTNER / Getty Images )

One of the more exciting developments in AI has been the development of algorithms that can teach themselves the rules of a system. Early versions of things like game-playing algorithms had to be given the basics of a game. But newer versions don't need that—they simply need a system that keeps track of some reward like a score, and they can figure out which actions maximize that without needing a formal description of the game's rules.

A paper released by the journal Neuron takes this a step further by using actual neurons grown in a dish full of electrodes. This added an additional level of complication, as there was no way to know what neurons would actually find rewarding. The fact that the system seems to have worked may tell us something about how neurons can self-organize their responses to the outside world.

The researchers behind the new work, who were primarily based in Melbourne, Australia, call their system DishBrain. And it's based on, yes, a dish with a set of electrodes on the floor of the dish. When neurons are grown in the dish, these electrodes can do two things: sense the activity of the neurons above them or stimulate those electrodes. The electrodes are large relative to the size of neurons, so both the sensing and stimulation (which can be thought of as similar to reading and writing information) involve a small population of neurons, rather than a single one. 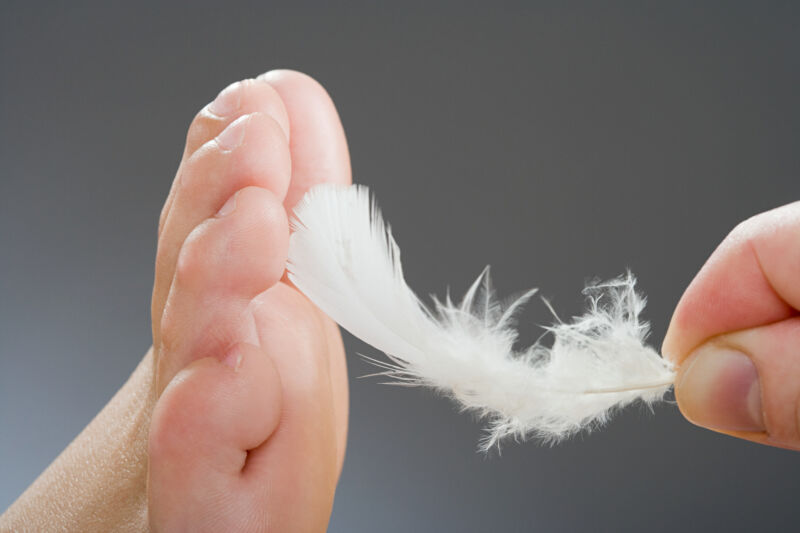 Inside a Berlin neuroscience lab one day last year, Subject 1 sat on a chair with their arms up and their bare toes pointed down. Hiding behind them, with full access to the soles of their feet, was Subject 2, waiting with fingers curled. At a moment of their choosing, Subject 2 was instructed to take the open shot: Tickle the hell out of their partner.

In order to capture the moment, a high-speed GoPro was pointed at Subject 1’s face and body. Another at their feet. A microphone hung nearby. As planned, Subject 1 couldn’t help but laugh. The fact that they couldn’t help it is what has drawn Michael Brecht, leader of the research group from Humboldt University, to the neuroscience of tickling and play. It’s funny, but it’s also deeply mysterious—and understudied. “It’s been a bit of a stepchild of scientific investigation,” Brecht says. After all, brain and behavior research typically skew toward gloom, topics like depression, pain, and fear. “But,” he says, “I think there are also more deep prejudices against play—it's something for children.” 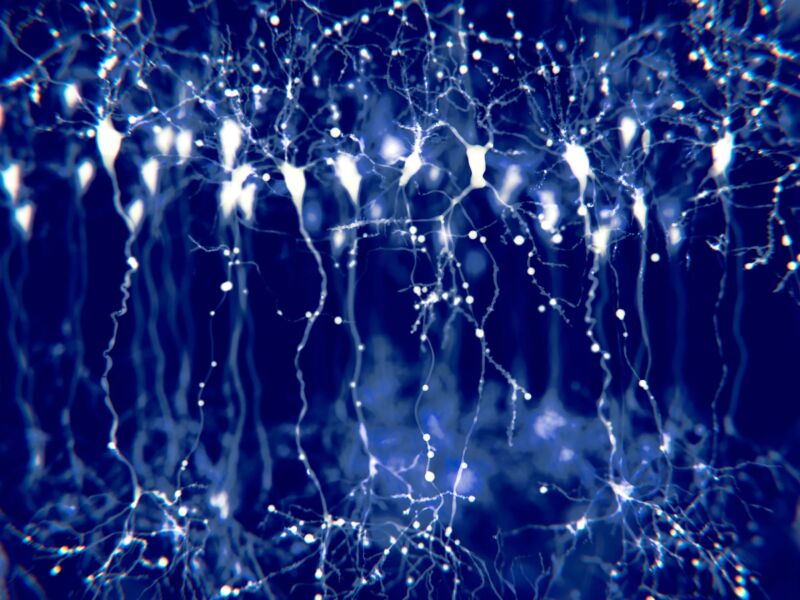 There’s a video that’s shown in almost every introductory neuroscience course. It doesn’t look like much—a bar of light shifting and rotating across a black screen while the background audio pops and crackles like the sound of a faraway fireworks show. Dry stuff, until you learn that the pops represent the firing of a single neuron in the brain of a cat, who is watching the bar move on the screen. When the bar reaches a specific location and lies at a particular angle, the popping explodes in a grand finale of frantic activity. The message is clear: This neuron really, really cares about that bar.

The experiment shown in the video was performed by David Hubel and Torsten Wiesel in the 1960s and helped scientists infer basic principles about how the visual system works. For decades since, neuroscientists have stuck thin, metal electrodes into the brains of mice, finches, and monkeys to spy on individual neurons and figure out what sets them off. There are neurons that respond to specific colors or shapes; or to particular locations in space or the direction of one’s head; or to whole faces or individual features.

The Wyss Center for Bio and Neoroengineering has developed communications a platform for people with complete locked-in syndrome.

A 36-year-old German man in a completely locked-in state was outfitted with a novel brain-computer interface (BCI) system that relies on auditory feedback. The man learned to alter his brain activity in response to that auditory feedback to compose simple messages. He used this ability to ask for a beer, for his caretakers to play his favorite rock band, and to communicate with his young son, according to a recent paper published in Nature Communications.

BCIs interact with brain cells , recording the electrical activity of neurons and translating those signals into action. Such systems generally involve electrode sensors to record neuronal activity, a chipset to transmit the signals, and computer algorithms to translate the signals. BCIs can be external, similar to medical EEGs in that the electrodes are placed onto the scalp or forehead with a wearable cap, or they can be implanted directly into the brain. The former method is less invasive but can be less accurate because more noise interferes with the signals; the latter requires brain surgery, which can be risky. But for many paralyzed or locked-in patients, it's an acceptable risk.

Last year, we witnessed two significant milestones on the BCI front. In March 2021, we reported on Neuralink's demonstration of a monkey playing Pong using a brain implant connected wirelessly to the game's computer. To achieve this, the company successfully miniaturized the device and got it to communicate wirelessly. In April 2021 , researchers with the BrainGate Consortium successfully demonstrated a high-bandwidth wireless BCI in two tetraplegic human subjects. 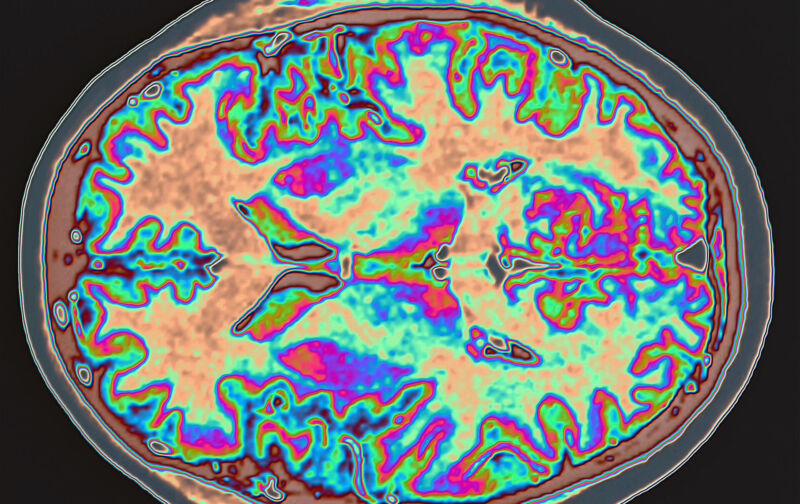 Infection by SARS-CoV-2 causes a dizzying array of symptoms beyond the respiratory distress that is its most notable feature. These range from intestinal distress to blood clots to the loss of smell, and symptoms vary wildly from person to person.

Figuring out exactly what the virus does inside the human body is likely to take years. But we got a bit of data this week from a detailed study of images of the brains of COVID patients. The images were taken before and after the patients were infected. The results suggest some regions of the brain connected to the olfaction system may shrink slightly in the wake of an infection, although the effect is minor and its consequences are unclear.

This is yet another study that relies on the UK's Biobank . The Biobank lets users of the UK's National Health Service volunteer to link their medical records to their genetic profiles and provide medical researchers with a resource of large, population-level studies of risk. In this case, a research team largely based in the UK combed the Biobank for people who had had brain scans prior to a SARS-CoV-2 infection.

Directed by Maria Schrader, this was a crowd-pleasing favourite at the Berlin film festival earlier this year and its star, Maren Eggert, won the festival’s new gender-neutral best leading performance prize. But I was disappointed with a film whose crises and dilemmas seem laborious and essentially predictable; it does not fully work as sci-fi or satire or comedy.

We are in a world of the near-future (and the city of Berlin itself is certainly very plausible as its location). Eggert plays Alma, an archaeologist with an unhappy and frustrating personal life. She is persuaded by her boss to be a guinea-pig for a new hi-tech scheme: she will road-test a male “companion” robot, programmed to be infinitely considerate and obliging, which will attend to all her emotional and indeed physical needs. So Alma sceptically takes home this dashing humanoid geisha: Tom, played with elegant, fluent German by Dan Stevens. And after a rocky, angry start, after duly dismissing this soulless adventure in existential convenience, Alma inevitably comes to think that there could be something to it. In rejecting Tom, is she simply preferring the headache to the aspirin?

What do the remarkably complex songs of the mockingbird have in common with Tuvan throat singing , Beethoven's FIfth Symphony , the song " Show Yourself " from Frozen 2 , and Kendrick Lamar 's " Duckworth "? According to a recent paper published in the journal Frontiers in Psychology, the mockingbird follows similar musical rules to those used in human music when composing its songs.

"When you listen for a while to a mockingbird, you can hear that the bird isn't just randomly stringing together the melodies it imitates," said co-author Tina Roeske , a neuroscientist at the Max Planck Institute for Empirical Aesthetics. "Rather, it seems to sequence similar snippets of melody according to consistent rules. In order to examine this hunch scientifically, however, we had to use quantitative analyses to test whether the data actually supported our hypotheses."

Mockingbirds are known for their ability to mimic other birds and certain sounds from their surrounding environment, provided those sounds fall into the mockingbird's acoustic range. For example, the birds can mimic blue jays but not ravens, tree frogs but not bullfrogs. Over half of the mockingbird's songs are mimicry, and the species boasts an impressive repertoire comprised of hundreds of types of phrases. 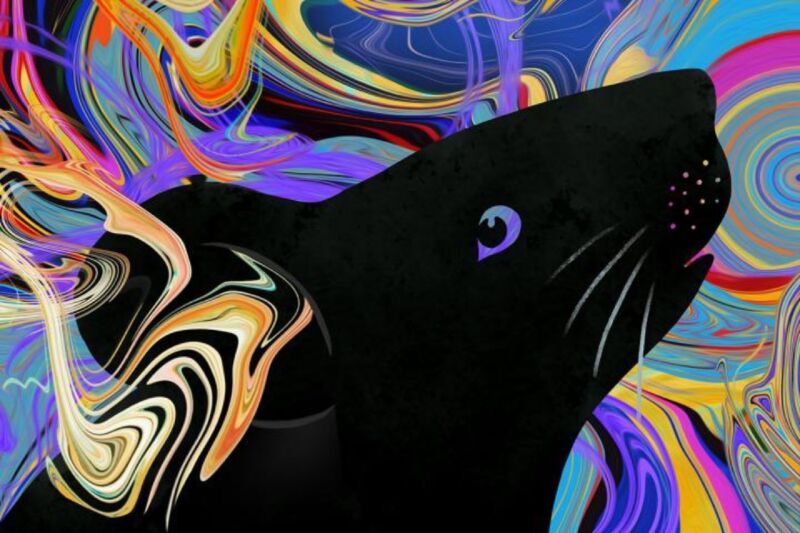 Enlarge / A computer game that induces mice to experience hallucination-like events could be a key to understanding the neurobiological roots of psychosis, according to a study from Washington University School of Medicine in St. Louis. (credit: J. Kuhl)

People suffering from psychotic episodes often experience both visual and aural hallucinations, due in part to the neurochemical dopamine; antipsychotics block dopamine receptors in the brain. But little is known about precisely how brain circuits change in response to elevated dopamine levels. The humble mouse might be able to help. An increase in dopamine in the brain can trigger auditory hallucinations in mice, according to a recent paper published in the journal Science—a surprising link between how human and mouse minds malfunction.

While the very notion of hallucinating mice might strike some as amusing, co-author Adam Kepecs of the Washington University School of Medicine in St. Louis emphasizes that it is not a joke and that mouse studies really can shed light on human psychosis. "It's so easy to accept the argument that psychosis is a fundamentally human thing and say, 'Forget about mice'," he said . "But right now, the prognosis for psychotic patients has not substantially improved over the past decades, and that's because we don't really understand the neurobiology of the disease."

Kepecs' lab has focused largely on developing a more complete understanding of confidence in rats by studying their neurocircuitry, with a long-term goal of shedding light on self-reported confidence in humans. Lead author Katharina Schmack is a psychiatrist at Cold Spring Harbor Laboratory in New York who studies psychosis and schizophrenia. They saw an opportunity for an interdisciplinary study of psychotic disorders in animals.