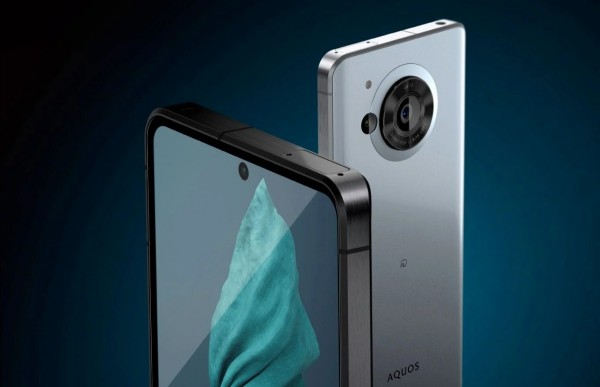 Sharp is not a renowned smartphone maker, but in its home market Japan, it is known for launching phones equipped with massive camera sensors and crazy display technologies. As a follow-up to last year's Aquos R6 and its impressive 1-inch rear camera, Sharp has announced the Aquos R7 with some notable upgrades that set itself apart from the best Android phones like the Galaxy S22 Ultra and Google Pixel 6 Pro.

Sharp claims the new Leica-branded shooter can take in up to 1.8x times more light than the previous 1-inch sensor.

Scotland’s first minister is master of the photo op on the campaign trail for the 2022 local elections. We take a look back at some of her highlights

The Nitecore UFZ100 camera battery is here to release photographers from Sony’s proprietary grasp — a built-in USB-C charging port lets you power it up using the same hardware as many of your other devices. It hasn't been officially released yet, but you can use the battery with the Sony A7 III, A7R III, A7R IV, A7S III, A9 (ILCE-9), A9 II, A6600, A7C, A1, FX3, and A7 IV, saving you from lugging around a separate charger if you want to bring along (and charge) an extra battery on a shoot.

Reliability and price have not been made known yet though. So yes there may be some trade-offs as certainly the capacity is slightly less, with a longer charging time.

Many modern smartphones sport multiple rear cameras with different lenses, usually with a combination of zoom or wide-angle options. It allows the user to get a larger landscape into the shot or take high-quality pictures of something further away.

Expensive lenses typically use a magnet that sticks around the primary camera lens, while cheaper options use a clip that holds the lens to the back of the device.

One thing that can be said for phone's though, is that their own cameras are getting better and better. But certainly if you're planning on buying any of these lenses, you do want to test them first on your phone, and not just buy online, relying on those customer reviews.

As smartphones become increasingly powerful, so do their camera systems, and for many, the camera’s capability is the most critical factor to consider when buying a new smartphone.

While many people would look at a camera’s megapixel rating to determine its overall quality, this only tells part of the story. Modern smartphone cameras use a combination of different technologies and features to improve the quality of the pictures they take.

A great and reliable way to investigate which smartphone’s camera will best suit you is to use an independent benchmark, such as those provided by DxOMark. DxOMark completes thorough testing on the camera systems of a range of smartphones to assign the front and rear cameras of each a rating.