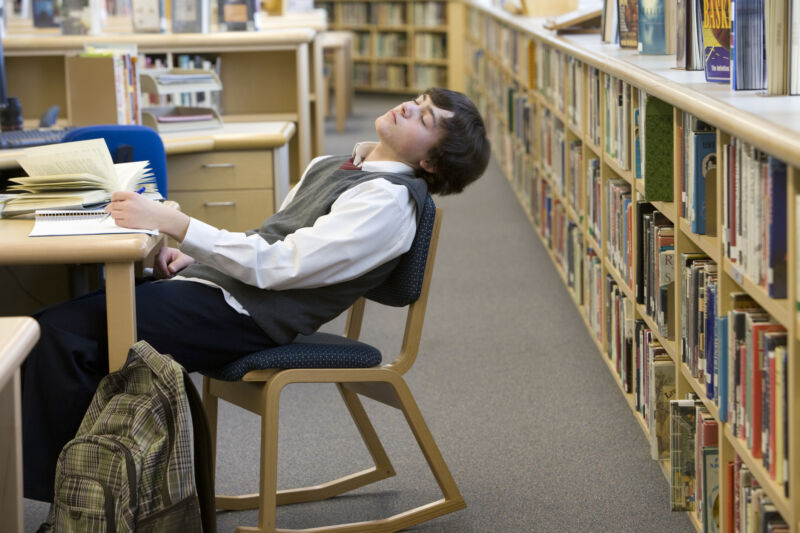 If you went to high school in the US, you may recall early morning extracurriculars, sleeping through first period algebra, or bleary-eyed late-night study sessions (as opposed to other wide-awake “study sessions” we told our parents we were having). As an adult, you might wonder if there’s a better time to explore Shakespeare than at 8 am, or expand a Taylor series right after you collapsed into your chair, half-asleep from your sunrise bus ride.

As it turns out, early school start times for US high schools are built on a shaky scientific foundation, as journalist and parent Lisa Lewis lays out in her new book, The Sleep-Deprived Teen . She details why high schools in the US tend to start early, the science behind why that’s bad for kids, and how later school start times can benefit not only teenagers, but, well… everyone. Perhaps most importantly, she provides a primer on advocating for change in your community.

The wheels on the bus go round and round

Our early start times are a bit of a historical accident. In the first half of the 20th century, schools tended to be small and local—most students could walk. Lewis points out that in 1950, there were still 60,000 one-room schoolhouses around the country. By 1960, that number had dwindled to around 20,000.

A contradiction sits at the heart of the British education system, and most particularly the English one. This has been the case since most secondary schools in England switched from a selective system to a comprehensive one in the 1960s. The contradiction is that the mixed-ability principle was never extended to higher education, which continues to be highly stratified. Entry to a handful of elite institutions remains the ultimate prize . As schools policy sought to create a less divided society, in which people from different backgrounds were expected to mix, universities (and the policymakers overseeing them) have clung to hierarchies. Admissions data over decades has shown these to be social as well as intellectual, with the more affluent claiming a disproportionate share of places.

The development of a new cadre of super-selective state sixth forms , which the government has promised to accelerate as part of its levelling up strategy, is designed to address this. Comprehensives struggle to compete with the hothouse conditions of independent and grammar schools, some of which have links to Oxbridge dating back centuries. A few academically elite sixth forms have had striking successes . 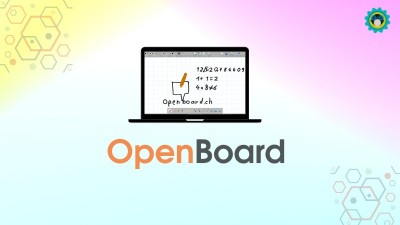 There are several open-source tools available for education. But, not all of them are impressively well-maintained at the level of commercial software put forward for schools and universities.

OpenBoard is one such exceptional free and open-source tool that enables education without any compromises. It is an interactive whiteboard program that features all the essential functionalities along with support for a variety of hardware. It also can draw over the desktop background, which is ideal for YouTubers to illustrate explanations.

In doing so, the state wants to reduce its dependence on proprietary software, and eventually end it altogether. By the end of 2026, Microsoft Office is to be replaced by LibreOffice on all 25,000 computers used by civil servants and employees (including teachers), and the Windows operating system is to be replaced by GNU/Linux.

The necessary steps for this are specified in the planning of the Schleswig-Holstein state parliament (German), as digital minister Jan Philipp Albrecht explains in an interview with c’t.

The Skolplattform, which has cost more than 1 billion Swedish Krona, SEK, ($117 million), has failed to match its initial ambition. Parents and teachers have complained about the complexity of the system—its launch was delayed, there have been reports of project mismanagement, and it has been labelled an IT disaster. The Android version of the app has an average 1.2 star rating.

A pity that the parents' open source alternative was originally so negatively received by the officials, but good that in the end there was acceptance. It goes to show though that with open data APIs, some tremendous innovation and improvements can be made available. There is nothing wrong with having two or three alternative apps to use. Application Program Interfaces (API) just need to differentiate between public data to be used vs data that an authenticated individual is allowed to access.

Schools in England should not encourage pupils to take part in climate protests or join campaigns, according to a draft strategy paper on sustainability and climate change published by the Department for Education.

The document was published after Nadhim Zahawi, the education secretary, said students concerned by climate change should consider careers in science and technology, and warned they risked incurring fines if they skipped classes to join protests.

A biennial survey conducted by investigators at Cardiff University found that primary school-age children reported a sharp increase in “elevated or clinically significant emotional difficulties” in early 2021, compared with the same survey conducted in 2019. 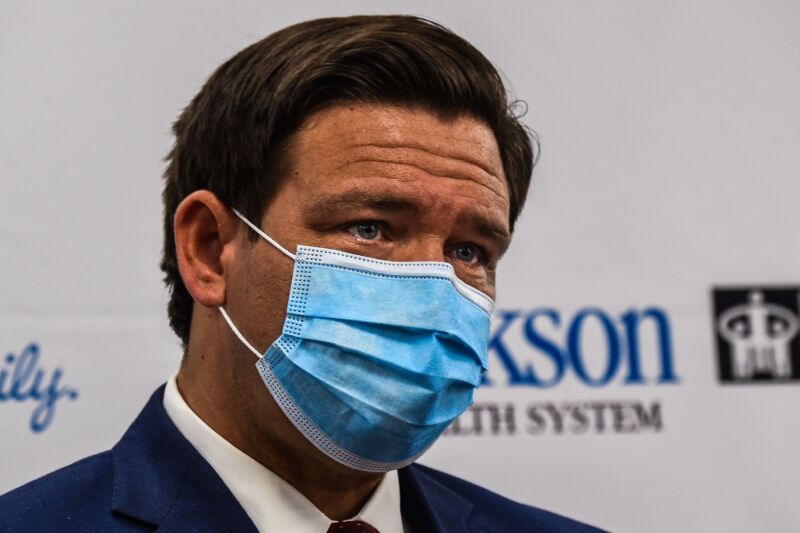 The state of Florida this week withheld nearly $700,000 in funding from two school districts as part of an escalating feud led by Florida Gov. Ron DeSantis over school mask requirements.

The state had previously financially penalized the Alachua and Broward school boards by docking their salaries for issuing school mask requirements, which DeSantis has worked to ban. In response to the financial penalties, the Biden administration last month awarded the counties federal funding to compensate for losses. Alachua County was awarded $147,719 and Broward County Public Schools received $420,957 in federal grants under the US Department of Education (USDOE) Project Safe grant.

But this week, the Florida Department of Education took things a step further. For this month's budgets, the Sunshine State docked the school boards' salaries and overall school funding in amounts equal to the federal grants, effectively canceling out the counties' federal aid. 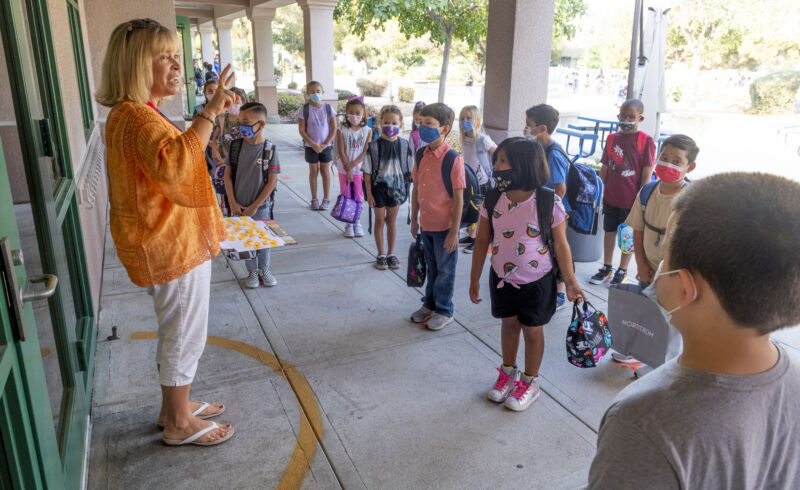 Enlarge / A second-grade teacher talks to her class during the first day of school at Tustin Ranch Elementary School in Tustin, CA on Wednesday, August 11, 2021. (credit: Getty | Paul Bersebach )

Schools with universal masking were 3.5 times less likely to have a COVID-19 outbreak and saw rates of child COVID-19 cases 50 percent lower in their counties compared with schools without mask requirements. That's according to two new studies published Friday by the Centers for Disease Control and Prevention.

The new data lands as masks continue to be a political and social flash point in the US. And children—many of whom are still ineligible for vaccination—have headed back into classrooms.

In one of the newly published studies , health researchers in Arizona looked at schools with and without mask policies in Maricopa and Pima Counties. Together, the counties account for more than 75 percent of the state's population. The researchers identified 210 schools that had universal masking requirements from the start of their school years. They compared those to 480 schools that had no mask requirements throughout the study period, which ran from July 15 to August 30.