Not a fan of the decade old Ubuntu installer? With Ubuntu 21.10, you should see a modern new installer built with Flutter.

The post Oh, Wow! Ubuntu is Working on a Modern New Installer With Built-in Repair Option appeared first on It's FOSS News .

Not a fan of the decade old Ubuntu installer? With Ubuntu 21.10, you should see a modern new installer built with Flutter.

The post Oh, Wow! Ubuntu is Working on a Modern New Installer With Built-in Repair Option appeared first on It's FOSS News .

And once again Ubuntu developers decide to switch to Wayland by default with the upcoming Ubuntu 21.04 release.

The post With 21.04, Ubuntu is Switching to Wayland by Default Again appeared first on It's FOSS News .

And once again Ubuntu developers decide to switch to Wayland by default with the upcoming Ubuntu 21.04 release.

The post With 21.04, Ubuntu is Switching to Wayland by Default Again appeared first on It's FOSS News .

The vintage at play here is Ubuntu, and the port was developed by Corellium, which otherwise virtualizes iOS and other ARM-based OSes to enable easier security testing. It's worth noting as well that Apple has previously sued the company over said iOS security testing tool. The lawsuit didn't go Apple's way .

Corellium Chief Technology Office Chris Wade announced the culmination of the team's work on Twitter yesterday . And in a blog post on Corellium's website, the team behind the port writes that it was developed in parallel with the group's efforts at "creating a model of the [M1] for our security research part."

ARM virtualization company Corellium has managed to get Ubuntu Linux running on the next-generation Apple M1.

The news comes from Corellium CEO, Chris Wade, who mentioned on Twitter how "Linux is now completely usable on the Mac mini M1. Booting from USB a full Ubuntu desktop (rpi). Network works via a USB c dongle. Update includes support for USB, I2C, DART. We will push changes to our GitHub and a tutorial later today.".

Impressive speedy work, and a separate project to the recently revealed Asahi Linux which is also aiming to do the same thing. Two heads are better than one, as they say. The Corellium team mentioned on Twitter they full back the Asahi project too, so it's wonderful to see true cooperation.

Right now this effort doesn't appear to have full GPU acceleration so it's doing software rendering, making it less suitable for a daily driver but work is ongoing towards that. Eventually everything will be in place, and it's taking far less time than I personally expected to see it running on such brand new hardware from Apple.

Thing thing is, as we noted in our article about the Asahi project, even Linux creator Linus Torvalds previously said in 2020 "I'd absolutely love to have one, if it just ran Linux" when talking about the new Apple M1 laptops.

You can see the code from Corellium up on GitHub . 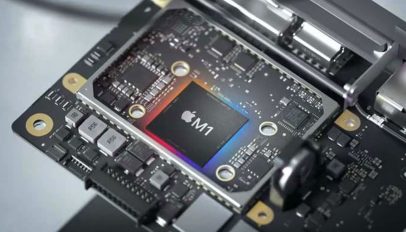 Ubuntu Linux is up and running on Apple Silicon thanks to developers working at Coreillium. They now hope to upstream their work on Linux for M1.

This post, Ubuntu Can Run on Apple Silicon, Devs Say It’s ‘Completely Usable’ is from OMG! Ubuntu! . Do not reproduce elsewhere without permission.

Don’t use a certain application anymore? Remove it.

In fact, removing programs is one of the easiest ways to free up disk space on Ubuntu and keep your system clean.

In this beginner’s tutorial, I’ll show you various ways of uninstalling software from Ubuntu.

Let’s see these steps one by one.

Start the Software Center application. You should find it in the dock on the left side or search for it in the menu.

You can see the installed applications in the Installed tab.

If you don’t see a program here, try to use the search feature.

When you open an installed application, you should see the option to remove it. Click on it.

It will ask for your account password. Enter it and the applications will be removed in seconds.

This method works pretty well except in the case when Software Center is misbehaving (it does that a lot) or if the program is a software library or some other command line utility. You can always resort to the terminal in such cases.

You know that you can use apt-get install or apt install for installing applications. For uninstalling, you don’t use the apt-get uninstall command but apt-get remove or apt remove .

All you need to do is to use the command in the following fashion:

You’ll be asked to enter your account password. When you enter it, nothing is visible on the screen. That’s normal. Just type it blindly and press enter.

The program won’t be removed immediately. You need to confirm it. When it asks for your conformation, press the enter key or Y key:

Keep in mind that you’ll have to use the exact package name in the apt remove command otherwise it will throw ‘ unable to locate package error ‘.

Don’t worry if you don’t remember the exact program name. You can utilize the super useful tab completion. It’s one of the most useful Linux command line tips that you must know.

What you can do is to type the first few letters of the program you want to uninstall. And then hit the tab key. It will show all the installed packages that match those letters at the beginning of their names.

When you see the desired package, you can type its complete name and remove it.

What if you do not know the exact package name or even the starting letters? Well, you can list all the installed packages in Ubuntu and grep with whatever your memory serves.

For example, the command below will show all the installed packages that have the string ‘my’ in its name anywhere, not just the beginning.

That’s cool, isn’t it? Just be careful with the package name when using the remove command in Ubuntu.

Keep in mind that the purge command won’t remove any data or configuration file stored in the home directory of a user.

The previous method works with the DEB packages that you installed using apt command, software center or directly from the deb file.

Ubuntu also has a new packaging system called Snap . Most of the software you find in the Ubuntu Software Center are in this Snap package format.

You can remove these applications from the Ubuntu Software Center easily but if you want to use the command line, here’s what you should do.

List all the snap applications installed to get the package name.

Now use the package name to remove the application from Ubuntu. You won’t be asked for confirmation before removal.

Bonus Tip: Clean up your system with one magical command

Alright! You learned to remove the applications. Now let me tell you about a simple command that cleans up leftover package traces like dependencies that are no longer used, old Linux kernel headers that won’t be used anymore.

In the terminal, just run this command:

This is a safe command, and it will easily free up a few hundred MB’s of disk space.

You learned three ways of removing applications from Ubuntu Linux. I covered both GUI and command line methods so that you are aware of all the options.

I hope you find this simple tutorial helpful as an Ubuntu beginner. Questions and suggestions are always welcome.