The plugin implements the ActivityPub protocol for your blog. Your readers will be able to follow your blogposts on Mastodon and other federated platforms that support ActivityPub.

The plugin works with the following federated platforms:

The Fediverse is an ensemble of federated (i.e. interconnected) servers that are used for web publishing (i.e. social networking, microblogging, blogging, or websites) and file hosting, but which, while independently hosted, can communicate with each other. On different servers (instances), users can create so-called identities. These identities are able to communicate over the boundaries of the instances because the software running on the servers supports one or more communication protocols which follow an open standard.

As an identity on the fediverse, users are able to post text and other media, or to follow posts by other identities. In some cases, users can even show or share data (video, audio, text, and other files) publicly or to a selected group of identities and allow other identities to edit other users' data (such as a calendar or an address book).

These communication protocols, which implement open standards, are used in the fediverse: ActivityPub, Diaspora Network, OStatus, and Zot. The diagram on the linked page shows really well how these services connect through the different protocols which they support.

An interesting blog post below about someone being "forced off" Facebook (a centralised monolithic platform) and discovering the Fediverse of different social networks, all connected together by the ActivityPub protocol. Nothing even stops you self-hosting your own social network node and managing that yourself for family or friends. 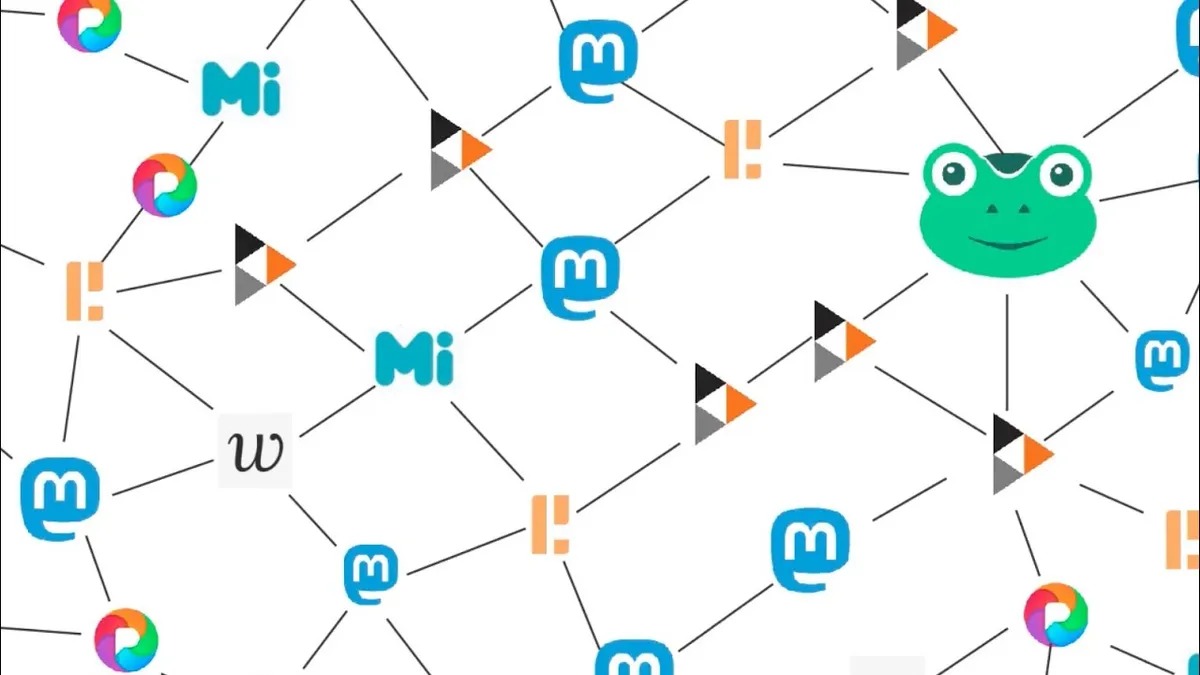 This module Implements the ActivityPub protocol for your site. Readers will be able to follow content on Mastodon and other federated platforms that support ActivityPub. Responses are possible too (Reply, Like, Announce) with more to come.

The module has been tested with the following federated platforms:

This time, we will enjoy socialising and talking about this and that and XMPP and Jabber and Football. We meet outside of xHain using their chairs on the pavement. You may bring your own drinks and snacks,

If you are not interested into football at all, you can still join us. You will not be the only normal person.

Where? Pavement in front of xHain hack+makespace, Grünberger Str. 16, 10243 Berlin (as formerly)

COVID-19: If someone needs to enter xHain, they should be vaccinated, tested, or recovered. Tests can be performed anonymously on the spot, if needed. They needs to wear a cloth mask, too.

The point is so many open source alternatives already exist to Facebook and WhatsApp, all of which can be locally hosted and can federate where required. Local rules can also be set and managed for these networks, and they can be easily branded to suite Ethiopia. Open source means you can see how they work, and even change that if necessary.

Federation means you can host and manage your own instance, and decide whether to open and federate it across other social networks and instances. You have full control over it, and it should not be necessary to create yet another social network from the ground up.

This time, we will enjoy socialising and talking about this and that and XMPP. We meet outside of xHain using their chairs on the pavement. You may bring your own drinks and snacks,

We probably will talk about the new Profanity release 0.11.0, too!

If someone needs to enter xHain, they needs either a negative Corona test result or vaccination certificate. Tests can be performed anonymously, if needed. They needs to wear a cloth mask, too.

Where? Pavement in front of xHain hack+makespace, Grünberger Str. 16, 10243 Berlin (as formerly)