Like all previous releases, this February update also comes with a new edition called KDE Dragonized BlackArch Edition. It features the BlackArch repository, tweaks, and most common tools.

Another important change that Garuda Linux “Hawk Eagle” has brought for all editions (except Xfce and i3WM) is the inclusion of the LibreWolf (with extensions) as the default web browser.

As you may know, LibreWolf is a community-maintained fork of the Firefox browser, which focuses on privacy and security.

Furthermore, Garuda has added minimal and blazing fast Starship as the default prompt for both Fish and Zsh shell.

Among the edition-specific updates, GNOME has returned to PulseAudio replacing Pipewire, and now uses Fish as the default shell.

Qtile now has a new command-line app and simplified script that lets you manage wallpapers and pywal theming.

Other important key changes in Garuda Linux “Hawk Eagle” are as follows:

At last, if you’re already using Garuda Linux, run a single command to upgrade your system to the latest version:

You can also download the ISO image of any of the editions from here and install it from scratch by following the official installation instructions .

In 2021, there are more reasons why people love Linux than ever before. In this series, I'll share 21 different reasons to use Linux. The ability to choose your own terminal is a big reason to use Linux.

Many people think once you've used one terminal interface, you've used them all. But users who love the terminal know there are minor but important differences between them. This article looks at three of my favorites. 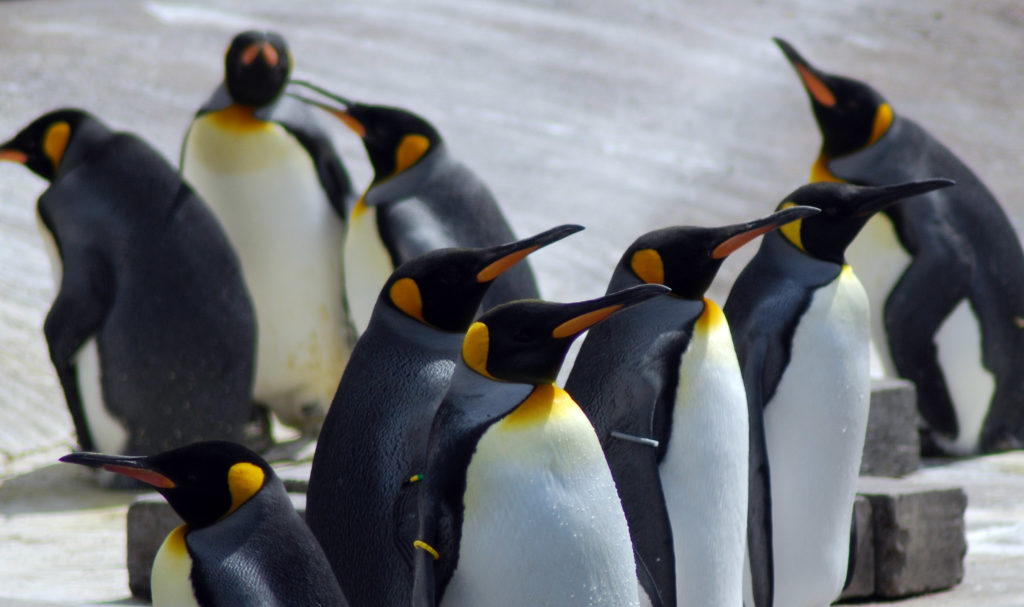 One of my favorite things about Linux is its willingness to do work for me. Instead of performing repetitive tasks that eat up my time, or are prone to error, or that I'm likely to forget, I schedule Linux to do them for me. Kali Linux ended last year with the release of v2020.4 . Its maker Offensive Security has now announced a new version, Kali Linux 2021.1, as the first release this year.

Starting with core components, v2021.1 has upgraded the Linux kernel to its latest long-term support version 5.10 and desktop environments Xfce and KDE Plasma to version 4.16 and 5.20 , respectively. One of the highlight features of Kali Linux 2021.1 is the addition of command-not-found package by default.

The Command-Not-Found not only suggests you install a package when it’s not already installed, but also points out the typo error with the correct word and gives the original message of “command not found” for an invalid command that doesn’t exist in Kali.

As you may know, in the previous version 2020.4, Kali Linux partnered with CrackMapExec (CME) tool author byt3bl33d3r.

To further extend the partnership and support with more tool authors, Kali is now teaming up with BC Security for exclusive early access to “ Empire ” ( powershell-empire ) and “ StarKiller ” and Joohoi for its Fuzz Faster U Fool ( ffuf ) tool.

As usual, the latest Kali version has also added more new tools (to the network repositories), such as Airgeddon, Arjun, Chisel, GitLeaks, DumpsterDiver, and HTTProbe.

Among other key updates, this is what Kali Linux 2021.1 has included:

If you want to get your hands on all of the above-mentioned features, you can download the new Kali 2021.1 images available for several platforms from here .

Or, if you’re already using Kali Linux, you can easily upgrade your system to the latest v2021.1 by running commands:

The post Kali Linux 2021.1 Released With New Features: How To Download Or Upgrade appeared first on Fossbytes . Recently, its new version Ardour 6.6 was released with several new features and the first official experimental build for the Apple M1 Systems.

One of the important new features that version 6.6 includes is an option to automatically show an automation-lane when you touch a control. ( Edit > Show Automation Lane on Touch )

You can check out the video below displaying the “show automation on touch” feature in action:

Moreover, it has brought another new feature that keeps track of xruns (overruns or underruns) per file while recording. By default, it lets you view x-run markers in regions and x-run count in source-list.

Among other key enhancements and bug fixes, this is what Ardour 6.6 brings:

With version 6.6, Ardour is now officially available for all Apple’s systems powered by M1 chips.

Though you can download Ardour for Mac, you cannot install or run it as Ardour does not participate in Apple’s paid-for developers program.

However, a simple workaround is available that will let you install and run Ardour normally on M1-powered systems.

To download Ardour 6.6 for Mac, a free or demo version is available here or if you’re an Ardour subscriber, grab the full build from here .

For other operating systems, such as Windows and Linux, visit the official download page .

In 2021, there are more reasons why people love Linux than ever before. In this series, I'll share 21 different reasons to use Linux. Linux is the ideal operating system for experimenting with edge computing. Last year, openSUSE-based GeckoLinux arrived with a refreshed ISO after a gap of two years.

Continuing its regular release, developers have now announced a new version 999.210221 update for all of its openSUSE Tumbleweed-based ROLLING editions.

Additionally, it has also upgraded the Budgie desktop, which was revived last year, to its latest v10.5.2 with improved behavior of Nemo desktop icons and eliminated transparency from the bottom panel for better visibility and contrast.

Moreover, it has updated several component versions of the Pantheon desktop, which was introduced along with Budgie last year.

The new ISO has included the long-term support (LTS) Linux kernel 5.10.16 at the core, Calamares system installer 3.2.27 for easy but powerful options for reliable installation of the live system, and preinstalled applications for the particular desktop environment.

It has fixed several bugs and polished its unique out-of-the-box configuration on top of the stable and flexible openSUSE base.

If you want to get your hands on the latest GeckoLinux v999.210221, grab the ROLLING edition ISO image from the official page .